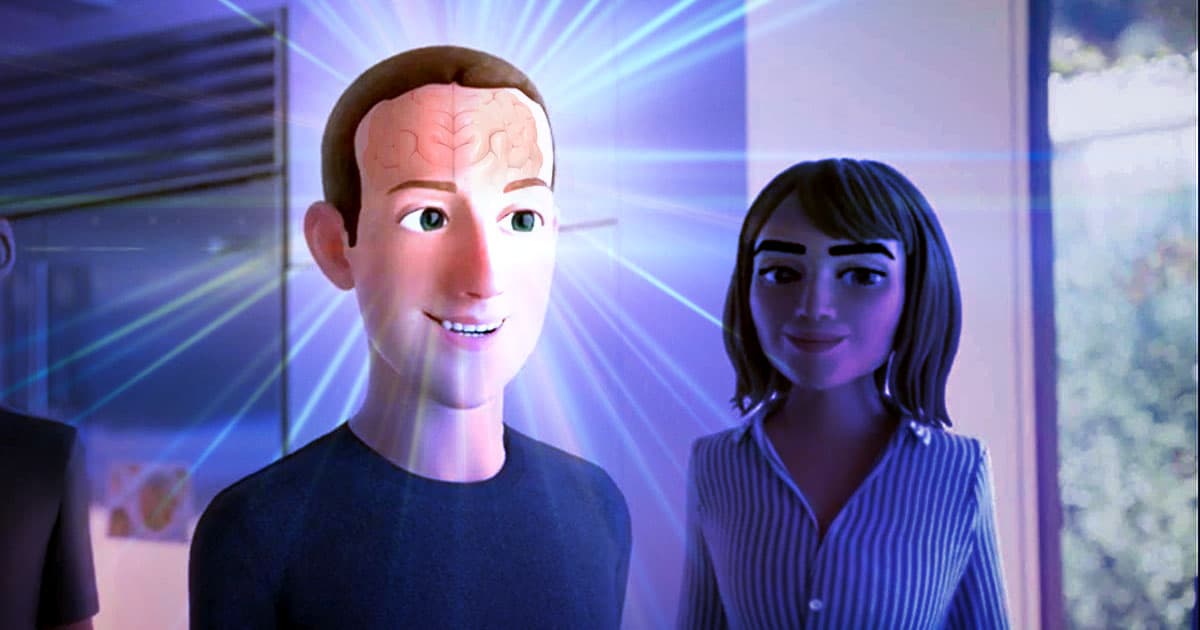 "A lot of people think that the Metaverse is about a place, but..."

"A lot of people think that the Metaverse is about a place, but..."

Mark Zuckerberg has a newsflash for us all: the Metaverse is less of a place than, like, a point in time, man.

The Facebook — now Meta — CEO dropped this kernel of wisdom during a new interview with tech podcaster Lex Fridman in which he gave an, uh, interesting response when asked about the potential for a metaverse “singularity moment.”

“A lot of people think that the Metaverse is about a place, but one definition of this is it’s about a time when basically immersive digital worlds become the primary way that we live our lives and spend our time,” Zuckerberg told Fridman in the two-hour long recording. “I think that’s a reasonable construct.”

Is Zuckerberg really implying we should give up on reality and welcome our virtual reality overlords inside a Facebook-controlled dystopia? His answer certainly seems to suggest just that.

Meta’s Metaverse, a VR playground filled with legless avatars, has come under increasing scrutiny, with early adopters already reporting cases of sexual harassment, among other issues.

Compounding the company’s troubles was the largest single-day selloff in market history last month, triggered by the news that Facebook’s user base had started shrinking for the first time in the company’s history.

Nevertheless, Zuckerberg is staying the course, pouring billions of dollars into the Metaverse, which still is, by all accounts, a lackluster experience in its current form.

Of course, Zuckerberg isn’t alone in his predictions of a future in which we live more inside a virtual reality than in real life.

Melanie Subin, for instance, director of the Future Today Institute consulting firm, told The New York Post in January that she believes “a large proportion of people will be in the metaverse” by 2030 and that many “will live the majority of their waking hours ‘jacked in.'”

To Subin, however, that’s not exactly a good thing.

For now, Zuckerberg’s Metaverse forecasting feels hilariously galaxy-brained — but in a few years, if his predictions start to come true, it might not be quite so funny.

Facebook Needs to be Stopped
Facebook Admits It Doesn’t Know What It Does With Your Private Data
Apr 27
Read More
Tyrannosaurus Exec
Mark Zuckerberg Says That When Employees Call Him the “Eye of Sauron,” It’s Actually a Compliment
Apr 1
Read More
Metaverse Monster
Facebook Exec Caught Allegedly Trying to Meet 13-Year-Old in Hotel Room
Feb 18
Read More
+Social+Newsletter
TopicsAbout UsContact Us
Copyright ©, Camden Media Inc All Rights Reserved. See our User Agreement, Privacy Policy and Data Use Policy. The material on this site may not be reproduced, distributed, transmitted, cached or otherwise used, except with prior written permission of Futurism. Fonts by Typekit and Monotype.