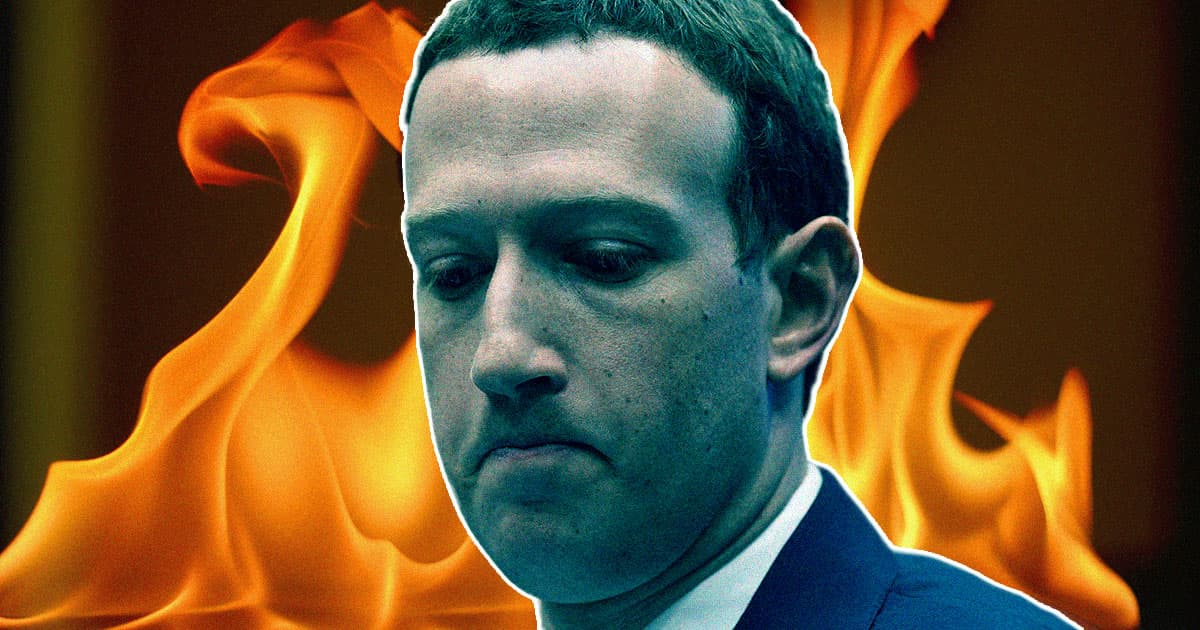 It’s one of the worst crashes in stock market history.

It’s one of the worst crashes in stock market history.

Stock prices for Meta, the company formerly known as Facebook, took a swan dive on Wednesday after the company revealed both a profit decline and, for the first time in its history, a shrinking userbase— leading to a sell off that resulted in a $195 billion stock plunge, Bloomberg reports.

If it holds, the 22 percent dip could be the biggest collapse in market value for a US company in stock market history.

A look under the hood shows that the company is dealing with several problems that have culminated into a perfect storm of dwindling profits.

For one, Facebook has yet again failed to grow its daily or monthly active user bases as it faces stiff competition from TikTok and many other upstarts. The company’s advertising growth also slowed as changes to Apple’s iOS made targeted advertising more difficult.

There’s also the case of the company’s moonshot goal of creating a workable metaverse. Meta’s AR and VR unit Reality Labs posted a more than $10 billion loss in its first ever financial report, according to CNN. The numbers don’t bode well for its future viability.

"Investors will look at these numbers closely as a first indicator of how far off the Metaverse is from being a profitable reality," Tom Johnson, global chief digital officer at media agency Mindshare Worldwide, told the broadcaster.

Zuckerberg’s metaverse was always going to be a bit of a long shot. If the recent stock crash is any indication, convincing large swaths of the population to remain on Facebook and purchase a cumbersome VR headset to do depressing metaverse activities is going to be a near impossible task.