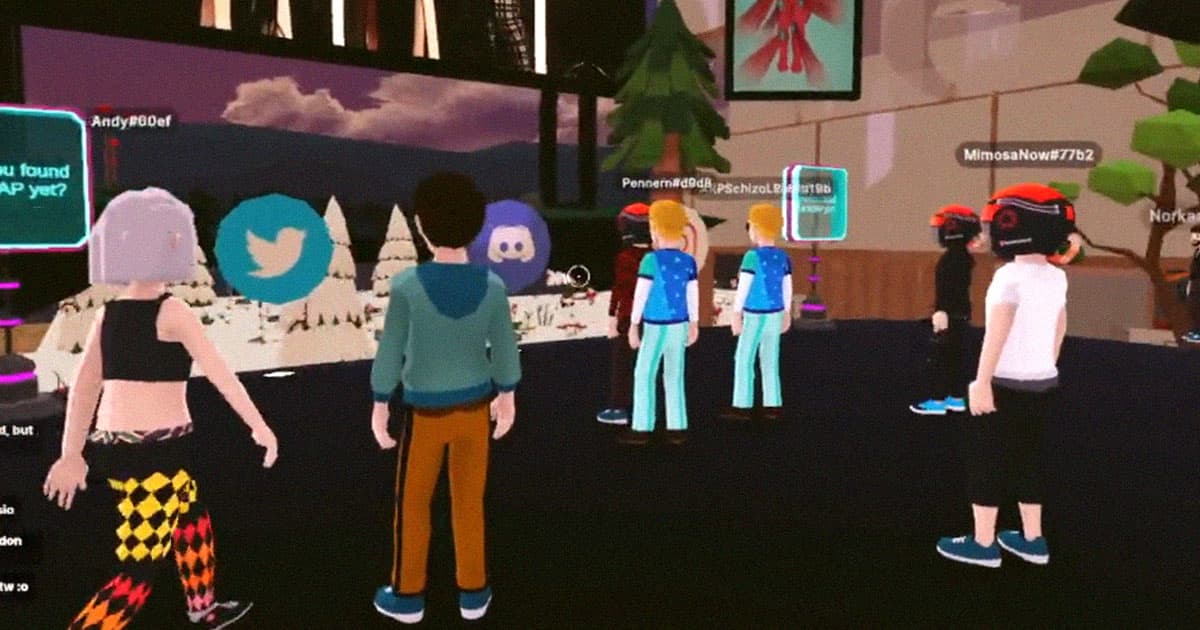 "This was obviously created by someone who has never been to a rave."

"This was obviously created by someone who has never been to a rave."

Metaverse boosters are still desperately trying to convince people to join a virtual world — but the actual experience leaves a lot to be desired.

But it's getting ridiculed. To call the event a snooze fest would be putting it lightly. Several dozen avatars can be seen standing around frozen in place, while two real-world electronic artists do their best to entertain the motionless crowd via a giant virtual screen.

Is this really the future of socializing? As if the ongoing pandemic wasn't already making us feel lonelier and more depressed than ever before.

The experience looks about as joyless as is imaginable — and it's getting absolutely torn to shreds on Twitter.

"Did you post this to make fun of it or because you actually think it looks cool," one user responded.

"Are you guys okay?" another user offered. "Do you need help working on whatever this... Thing... Was supposed to be?"

"This was obviously created by someone who has never been to a rave," another replied.

"The feeling you get when your friends invite you to this crazy house party but you get there and its just eight dudes slouched in a sofa watching 'Family Guy,'" one user wrote.

Metaverse boosters say it'll become a huge part of work and social life. But is this "rave" really a representation of that vision? If so, it may be hard to convince more customers to strap on an uncomfortable headset.

Update: An earlier version of this story incorrectly identified the video as taking place in Facebook's metaverse. It has been updated.

More on the metaverse: The Most Brutal Memes About How the Metaverse Will Trap Us in a Human Meat Farm