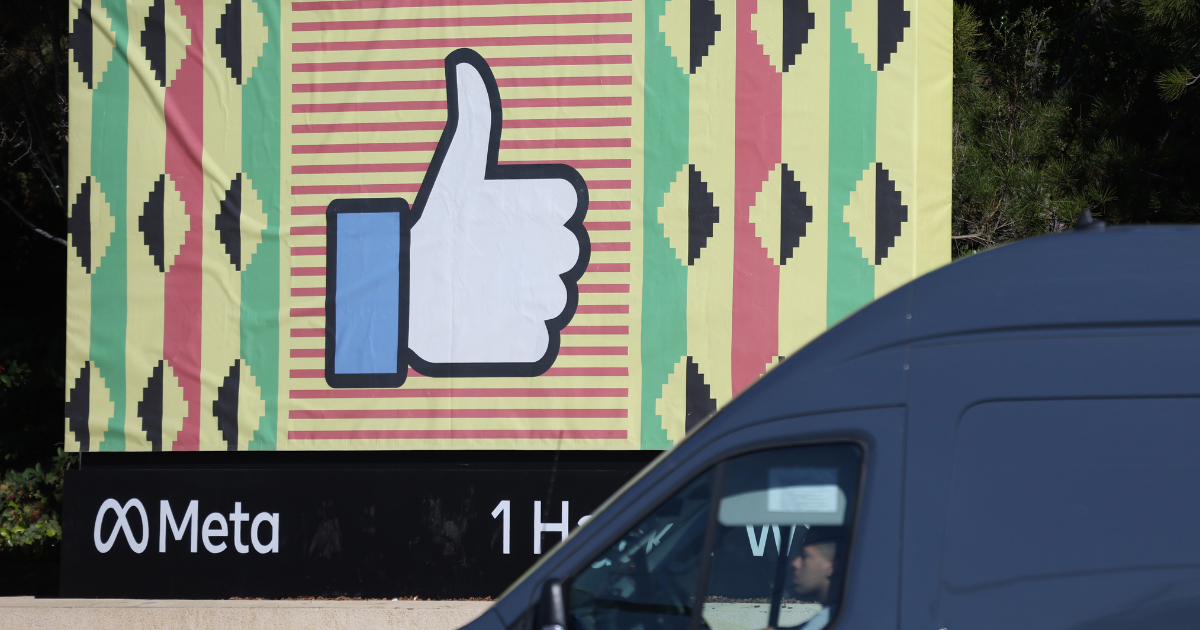 Facebook Reveals Plan to Plaster AR Ads Over All of Reality

In a Zoom call with ad agencies on Thursday, Meta outlined the way mixed reality, or MR, can be used to sell products according to a Reuters report. The publication interviewed an agency executive who attended the first roundtable discussion Meta has held with advertisers.

"Advertisers are also looking for detail on how the effectiveness of ads in the metaverse will be measured, and will be asking 'what did I get for my money?'" the executive told Reuters.

MR is really the marriage of the real world and either virtual or augmented reality. Games like Pokémon Go qualify as augmented reality because they allow players to imagine the magical creatures in normal surroundings with the use of a smart phone. Virtual reality headsets obviously immerse users in a digital world, but Meta, formerly called Facebook, wants virtual content to interact with real world objects.

For example, companies might be able to plaster ads on real life objects, allow users to virtually try on clothes or interact with sellable products in other digital ways. But according to Reuters, Meta was short on details about how the tech will actually work or how agencies will be able to sell stuff with it.

It's a little grim how badly advertisers want to capture everyone's attention, and it seems they'll go to increasingly extreme lengths to get it. Just last week the previously bankrupted MoviePass app announced its return, and it features eye-track tech that rewards you for watching ads in their entirety. That's after the same MoviePass CEO started using the tech back in 2019 for a different startup.

In 2021, ad agency Marketing Insider Group published a report stating that digital ads just don't work anymore, and that even after slashing ad budgets some giant companies didn't see a decline in sales. It's surely part of the reason agencies are scrambling to come up with new ideas, no matter how invasive. At least with Meta it's possible consumers just won't buy an MR headset, and thus avoid extra ads plastered into their lives.

More on scary ads: Grindr Slammed With Huge Fine for Spying on Users

Notaverse
In Extremely Confusing Twist, Facebook Says It Isn't Building a Metaverse After All
May 20
Read More
Facebook Needs to be Stopped
Facebook Admits It Doesn't Know What It Does With Your Private Data
Apr 27
Read More
Tyrannosaurus Exec
Mark Zuckerberg Says That When Employees Call Him the "Eye of Sauron," It's Actually a Compliment
Apr 1
Read More
+Social+Newsletter
TopicsAbout UsContact Us
Copyright ©, Camden Media Inc All Rights Reserved. See our User Agreement, Privacy Policy and Data Use Policy. The material on this site may not be reproduced, distributed, transmitted, cached or otherwise used, except with prior written permission of Futurism. Fonts by Typekit and Monotype.