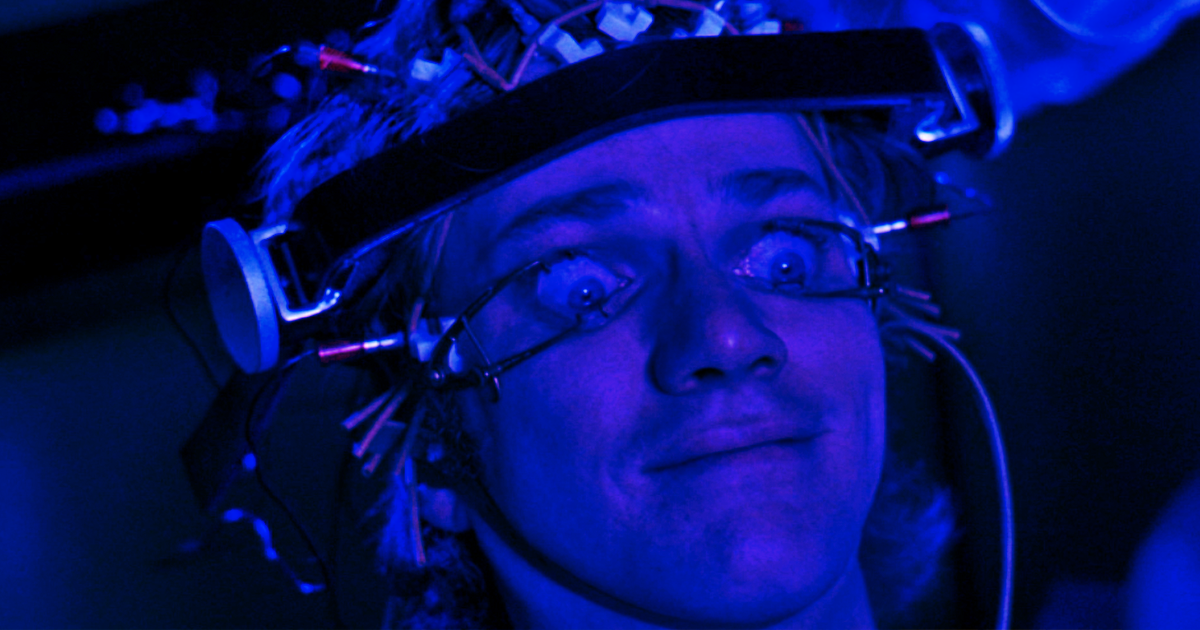 The founder of MoviePass is back, and this time he's not messing around.

MoviePass co-founder Stacy Spikes has a new startup called PreShow, and it's using a business model straight out of "A Clockwork Orange": The company's new app helps you score free movie tickets — as long as you sit through 15 to 20 minutes of advertisements that use eye-tracking technology to make sure you don't look away.

Unlike YouTube ads, which can be skipped after a few seconds or blocked with a third-party extension, PreShow demands your attention. To use the app, according to Engadget, you have to sign in with Apple's FaceID. And you can't just walk away or let your attention wander — the app watches you to make sure you’re paying attention.

To earn the movie tickets, you have to keep your gaze in frame, and look at your screen for the entire duration of the ads. Look away, or put your phone down, and a red border appears, pausing the ads until you give in and return.

Spikes says he doesn't plan on licensing the ad-pushing technology anywhere outside of PreShow, Engadget reports.

But that doesn't mean executives don't plan to cash out. Right now, the app is still gathering backers via a Kickstarter. Once it's released, it's possible that the app — which, again, forces people to watch a TV-episode length slew of advertisements — could be available only through a monthly subscription.

More on cinema: Hollywood is Wrong: Netflix is the Future of Film

Read This Next
Eye on You
Google Wins Lawsuit Over Facial Recognition Technology
AR's Dark Side
Glimpse: Truly Useful Augmented Reality is Coming. We're Not Ready.
Futurism
Microsoft President Calls For Government Rules For Facial Recognition Technology
Futurism
Security Companies Want To Use Facial Recognition To Stop School Shootings
Futurism
AI Tool Helps Law Enforcement Find Victims of Human Trafficking
More on Sci-Fi Visions
From the Dept. of...
Yesterday on futurism
The Best Humidifiers of 2023
Human v. Giraffe
Jan 24 on the byte
Chaotic Italian Fashion Line Baffles Facial Recognition Software
Step One
Jan 24 on the byte
World’s Third Richest Person Says He’s Developed "Addiction" to ChatGPT
READ MORE STORIES ABOUT / Sci-Fi Visions
Keep up.
Subscribe to our daily newsletter to keep in touch with the subjects shaping our future.
+Social+Newsletter
TopicsAbout UsContact Us
Copyright ©, Camden Media Inc All Rights Reserved. See our User Agreement, Privacy Policy and Data Use Policy. The material on this site may not be reproduced, distributed, transmitted, cached or otherwise used, except with prior written permission of Futurism. Articles may contain affiliate links which enable us to share in the revenue of any purchases made.
Fonts by Typekit and Monotype.