Soon we'll be using augmented reality more seamlessly than ever before. And that means we need ground rules for how to not be creeps. 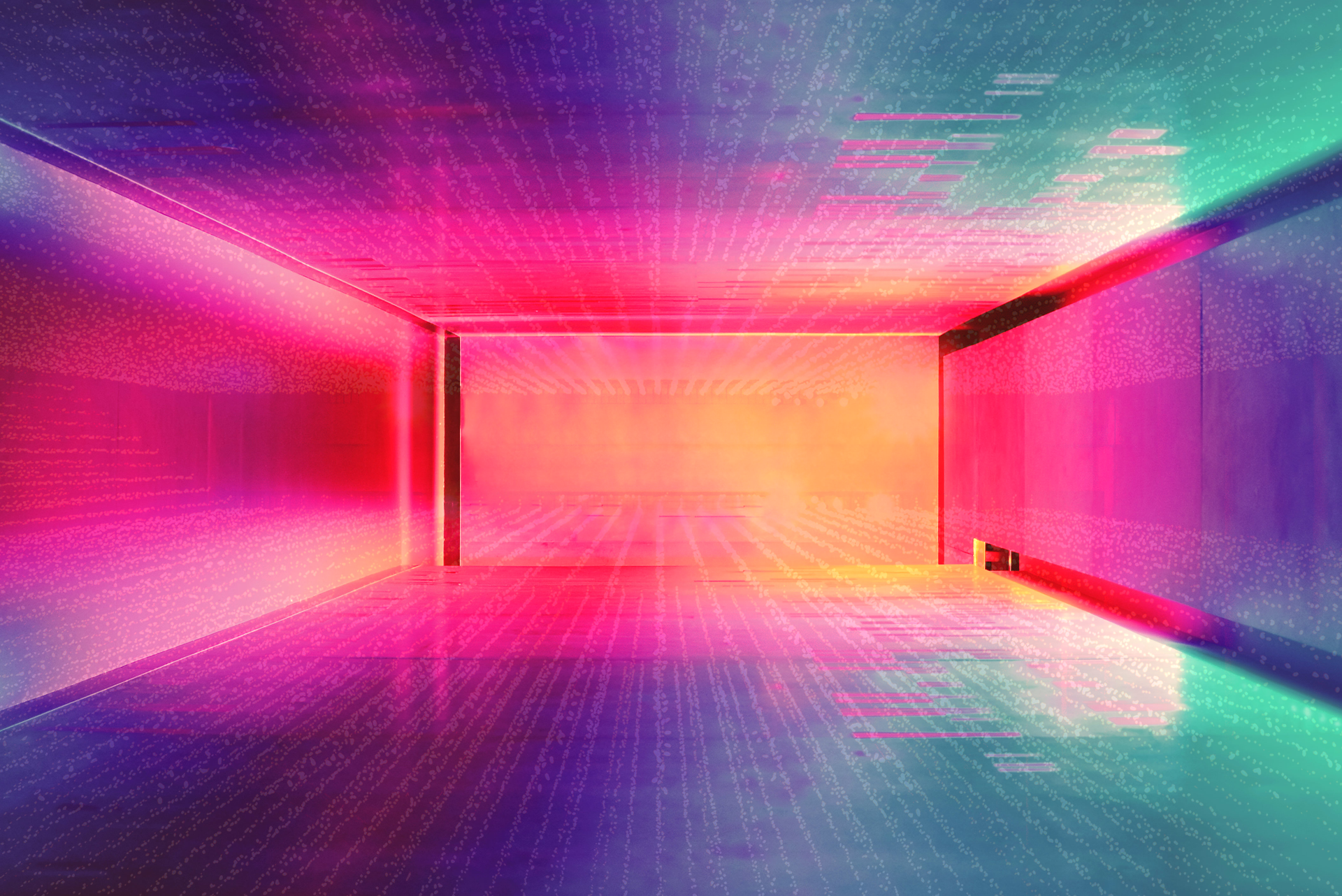 Six years ago, Google ushered in the age of face computers with perhaps the coolest tech publicity stunt out there: a live stream of product engineers jumping out of a zeppelin and landing on the roof of a building. The crowd — ostensibly there to hear Google co-founder Sergey Brin speak — watched the whole thing from the divers' perspective, live-streamed via the brand new Google Glass. The demo promised an era of geeks-gone-badass, stunts made more awesome with seamless sharing.

But the reality of face computers has been much more disappointing. Since that defining airdrop, we’ve seen the blindingly-bright future of augmented reality (AR) take the form of a wildly popular (for a second) Pokémon game, some truly ridiculous Snapchat camera glasses, and — not much else.

The lack of useful or even interesting applications for AR makes it clear that we’re still in the tech’s early days. That’s probably for the best, since we have no idea what role we want AR to play in our lives, or in the world at large.

Analog Boy, an episode of Glimpse, a new original sci-fi series from Futurism Studios (a division of Futurism LLC) and DUST, shows one potential version of a future world full of augmented reality wearables. Watch the episode below.

Before the technology truly becomes ubiquitous, we need to have a serious look at how we want to shape AR — and the ethical lines we don’t want it to cross. Right now, addressing these issues has been left to the tech companies who have been allowed to collect and use our personal data willy-nilly, with little input from the privacy-wary humans who would be using the tech in the real world.

Before the technology truly becomes ubiquitous, we need to have a serious conversation about how we want to shape AR — and the ethical lines we don’t want it to cross.

Now seems like a pretty good time to sort these things out. We are fast approaching the day in which recording technology, from cameras to microphones, can fit seamlessly into the kinds of objects we already use. Companies from Apple to Intel to Bose are already working on it. If they succeed, AR may integrate into our lives seemingly overnight, the way the iPhone did.

In truth, people are worried about face-mounted, AR-equipped computers not just because they’re new. AR, when it matures, will likely be able to do more than superimpose Pokémon onto park benches. Let’s say AR becomes standard issue within technology from Google, Facebook, or Amazon. Real-time information would highlight our environments, enabling us to learn so much more about the world around us. The technology could have some truly beneficial uses, such as assisting factory workers or others with hands-on jobs.

But there’s a dark side to it, too — bringing AR into a world dominated by tech companies that collect ever-growing amounts of our personal data means being comfortable with the fact that other people will be able to interact with us in new ways, probably without us ever knowing.

If people start walking around using sophisticated AR-enabled devices, paired with powerful facial recognition software, it’s easy to imagine how some creeps could covertly violate people’s privacy. Say you’re walking down the street. Someone with an AR-equipped phone or Google Glass would be able to, say, scan your face and find all your social media. This sort of technology could bring about a new era where it’s even easier to stalk or bully people online (not to mention generally icky).

People have been concerned about the privacy implications of AR since it first emerged. Back in 2014, at the height of Google Glass’s 15 minutes, market research firm Toluna surveyed how customers felt about the device. They found that 72 percent of Americans wouldn’t wear Glass due to privacy concerns.

The thing that prevented Google Glass’ mainstream adoption? Its miniature spy camera. With Glass, you could simply turn your head, frame a shot with your eyes, and plink — the device could take a photo or a video. With a few tweaks to the software, your subject would never even know it happened. The current iteration (rebranded for industrial use) is a little better — it requires a voice command and a button press to record video, but that doesn’t demand the subject’s attention the way, say, sticking a camera lens in their face might.

Most of today’s augmented reality wearables are a lot less subtle than that. The hardware has simply not progressed as quickly as the software, so the devices are often clunky and unwieldy. Upside: it’s easier for a passerby to tell how they’re being used.

Companies like Google want AR features to be sleekly embedded in a pair of smart contact lenses (perhaps just to see if it can be done) but it will be many years, possibly decades, before this is possible. There are still major technical challenges to overcome, like figuring out how to power such a contact. And that doesn’t even address our own discomfort with the idea.

But the software is rapidly advancing even farther. For the first time, tech giants are testing the boundaries of AR in everyday gadgets instead of separate wearable gizmos. Take Google’s Lens, a camera tool that the company says “answer[s] all kinds of questions — especially when they’re difficult to describe in a search box, like ‘what type of dog is that?’ or ‘what’s that building called?’”

And that's just the beginning of what AR could do for us. With sophisticated augmented reality, we’ll have new types of movies and games, but also a more streamlined experience going about our daily lives. Everything we need will be right in front of us.

We need ground rules for how to use augmented reality. Those could be hard rules like formal legislation and restriction (ban facial recognition software from any AR platform), or soft rules like social norms (basic decency and not using our newfound technological powers to exploit people.). If we don’t make them before they’re needed, we might find ourselves in a world where our already-scarce digital privacy goes away altogether.

As individuals, we don't have much leverage over the tech companies pushing these gadgets. But we can push our leaders to address forward-looking concerns. Congress has recently held Facebook and Twitter accountable for their role in the 2016 presidential election. It's not a stretch to think the companies that might be bringing AR into maturity might find themselves in a new age of intense scrutiny.

Read This Next
From Our Partners
Save On Learning New Skills With These Pre-Black Friday Doorbusters
From Our Partners
Save on Science Toys And DIY Kits During This Pre-Black Friday Sale
From Our Partners
Augmented Reality Eyewear Is The Future, And It Is Not Too Far Off
From Our Partners
Teach Kids The Joys Of Geography With 15% Off This AR Globe
From Our Partners
Act Fast And Get These Top eLearning Bundles For $15 Each
More on Sci-Fi Visions
What is Happening
Feb 1 on the byte
Elon Musk Sets His Twitter Account to Private
From the Dept. of...
Jan 30 on futurism
The Best Humidifiers of 2023
Human v. Giraffe
Jan 24 on the byte
Chaotic Italian Fashion Line Baffles Facial Recognition Software
READ MORE STORIES ABOUT / Sci-Fi Visions
Keep up.
Subscribe to our daily newsletter to keep in touch with the subjects shaping our future.
+Social+Newsletter
TopicsAbout UsContact Us
Copyright ©, Camden Media Inc All Rights Reserved. See our User Agreement, Privacy Policy and Data Use Policy. The material on this site may not be reproduced, distributed, transmitted, cached or otherwise used, except with prior written permission of Futurism. Articles may contain affiliate links which enable us to share in the revenue of any purchases made.
Fonts by Typekit and Monotype.