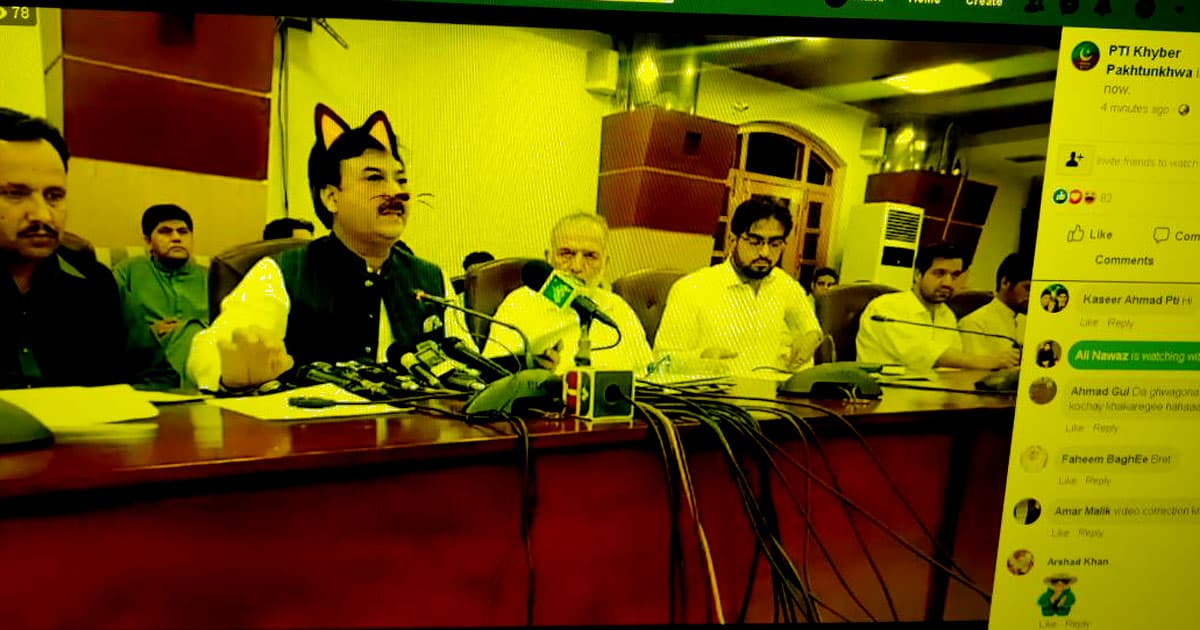 The political process has never been quite so... adorable.

The political process has never been quite so... adorable.

A Pakistani politician got an unexpected makeover during his press conference last week.

Shaukat Yousafzai, the Minister for Health and Information in Pakistan's Khyber Pakhtunkhwa province, accidentally enabled one of Facebook's AR filters while livestreaming the event, according to CNN — specifically, the one that superimposes cute little cat ears and whiskers over people's faces.

Press The Any Key

Pakistan Tehreek-e-Insaf, the political party that Yousafzai represents, later issued a statement blaming the adorable mixup on a volunteer's "human error," and now the video exists only through screengrabs that people shared online.

So this happened today when PTI's SM team forgot to turn off the cat filter while live streaming a press conference on Facebook. @SAYousafzaiPTI looks kinda cute pic.twitter.com/IjjJrua7DL

Yousafzai took the accident — or prank — in stride, because there's not much someone can really do at that point. He later joked about the incident with Agence France-Presse, per CNN.

"I wasn't the only one — two officials sitting along me were also hit by the cat filter," he told AFP

Breakthrough Technologies
Facebook Hardware Devs Reportedly Skeptical of Metaverse
10. 28. 21
Read More
Powered by Powerpoint
The CEO of Apple Thinks People Will Use Augmented Reality for Something Absolutely Hilarious
4. 5. 21
Read More
Not On My Wrist
Facebook's Neural Wristband Actually Sounds Pretty Cool
3. 18. 21
Read More
+Social+Newsletter
TopicsAbout UsContact Us
Copyright ©, Camden Media Inc All Rights Reserved. See our User Agreement, Privacy Policy and Data Use Policy. The material on this site may not be reproduced, distributed, transmitted, cached or otherwise used, except with prior written permission of Futurism. Articles may contain affiliate links which enable us to share in the revenue of any purchases made.
Fonts by Typekit and Monotype.