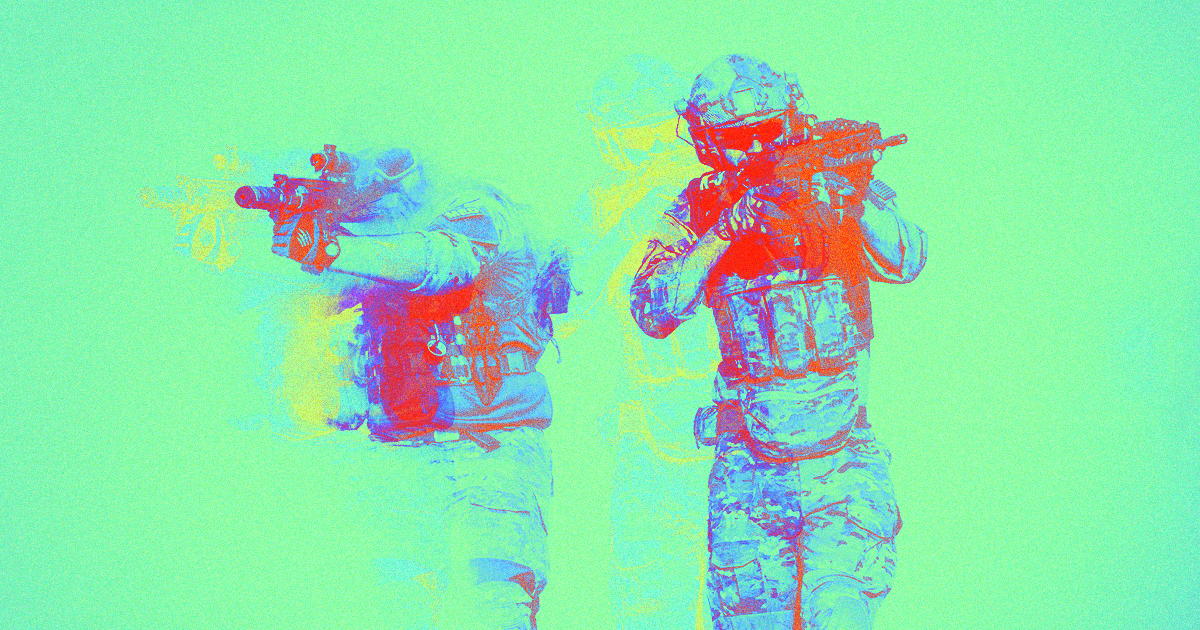 "No other piece of equipment has had this kind of impact since the introduction of night vision."

"No other piece of equipment has had this kind of impact since the introduction of night vision."

The U.S. military is developing night vision goggles that are loaded to the brim with augmented reality capabilities.

Some of the AR features are what one might expect from military goggles, like a built-in compass and targeting system, but Military Times tried out a prototype and reported back that the military's AR goals are far more ambitious — signaling that the military's ground troops could be in store for a major high-tech upgrade.

The demo was for what the Pentagon is calling the Integrated Visual Augmentation System (IVAS), which is expected to enhance a soldier's capabilities in combat by giving them new tailor-fitted ways to communicate and coordinate with each other.

IVAS is built on a custom version of Microsoft's HoloLens headset. The headset is the end result of a $480 million military contract that Reuters reported — and which caused internal protests within Microsoft.

In addition to helping soldiers navigate a battlefield, IVAS will include a number of features that seem like they were plucked from a video game.

For instance, soldiers will be able to pinpoint specific locations on a map, and then have beacons show them where that point is as they look around their surroundings. They'll also see glowing outlines of other soldiers so that they know where everyone is at all times, even if they can't see them directly.

"No other piece of equipment has had this kind of impact since the introduction of night vision," Army Undersecretary Ryan McCarthy told Army Times. "This takes night vision to the PhD level."

Deadly Thoughts
The Pentagon Wants to Control Drones With Soldiers' Brain Waves
10. 16. 19
Read More
Smart Contact Lens
DARPA: This Smart Contact Lens Could Give Soldiers Superpowers
4. 29. 19
Read More
The Pentagon Tells Soldiers To Stop Sharing Their Locations With Apps
8. 8. 18
Read More
+Social+Newsletter
TopicsAbout UsContact Us
Copyright ©, Camden Media Inc All Rights Reserved. See our User Agreement, Privacy Policy and Data Use Policy. The material on this site may not be reproduced, distributed, transmitted, cached or otherwise used, except with prior written permission of Futurism. Articles may contain affiliate links which enable us to share in the revenue of any purchases made.
Fonts by Typekit and Monotype.