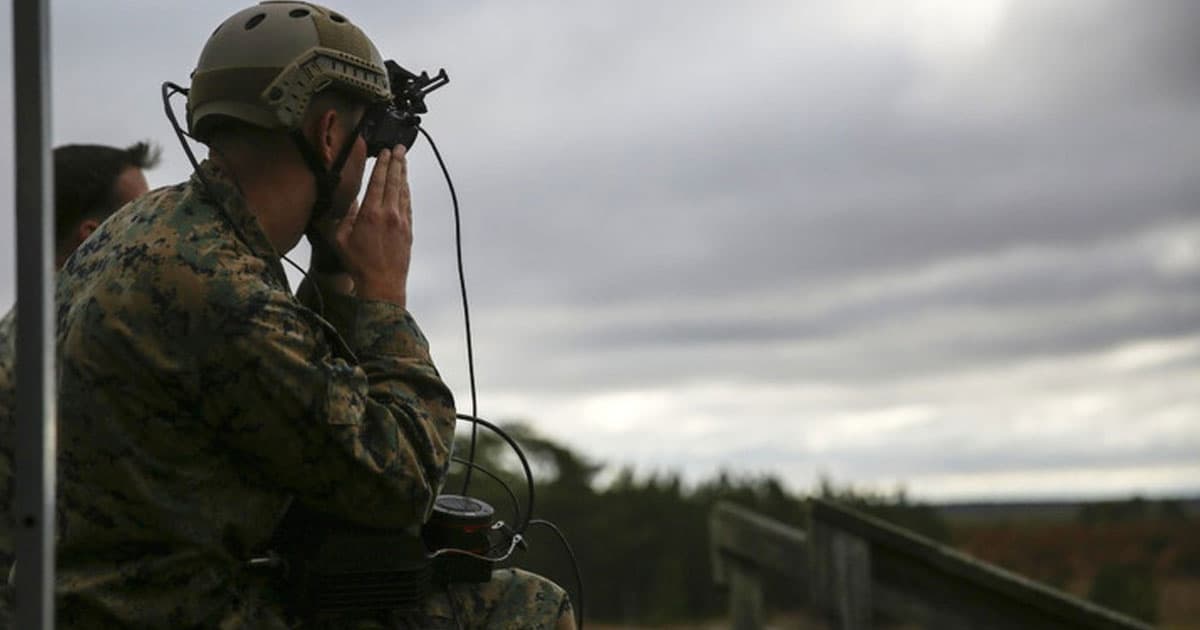 Augmented reality in live combat is no longer science fiction.

The U.S. Army has been using Microsoft's HoloLens during training missions since at least 2016, providing soldiers with live information and locking onto targets. But now the headsets are headed into combat.

Microsoft just won a sizable $480 million contract with the U.S. government, according to Bloomberg. The two year contract includes an order of more than 100,000 units.

The military is planning to use Microsoft's augmented reality goggles to "increase lethality by enhancing the ability to detect, decide and engage before the enemy," according to a government description of the program quoted by Bloomberg.

The Army is also planning to enhance the capabilities of the HoloLens by adding night vision, thermal sensing, live vital signs monitoring, and hearing protection.

Big government contracts are as old as Silicon Valley itself. Arguably, GPS never would've been invented without the U.S. military.

But big tech is grappling with its relationship with the military right now, especially with Google's Project Maven AI drone contract with the Pentagon proving highly unpopular among employees. But it's tough to predict whether tech workers will ever have enough sway over their employers to prevent future military contracts.

Read This Next
Accessible Gaming
Microsoft Patented an Xbox Controller With a Braille Display
More on Enhanced Humans
Brain-Computer Im...
Jan 3 on the byte
Neuralink Cofounder Says New Company's Eye Implant Could Be "Ultimate" VR Tech
Eyes Have It
12. 30. 22 on futurism
Meet the Neuralink Cofounder Who Left and Started a Competitor That's Now Rapidly Catching Up
Butcher Shop
12. 6. 22 on futurism
Neuralink Employees Admit Company Has Killed 1,500 Animals So Far
READ MORE STORIES ABOUT / Enhanced Humans
Keep up.
Subscribe to our daily newsletter to keep in touch with the subjects shaping our future.
+Social+Newsletter
TopicsAbout UsContact Us
Copyright ©, Camden Media Inc All Rights Reserved. See our User Agreement, Privacy Policy and Data Use Policy. The material on this site may not be reproduced, distributed, transmitted, cached or otherwise used, except with prior written permission of Futurism. Articles may contain affiliate links which enable us to share in the revenue of any purchases made.
Fonts by Typekit and Monotype.