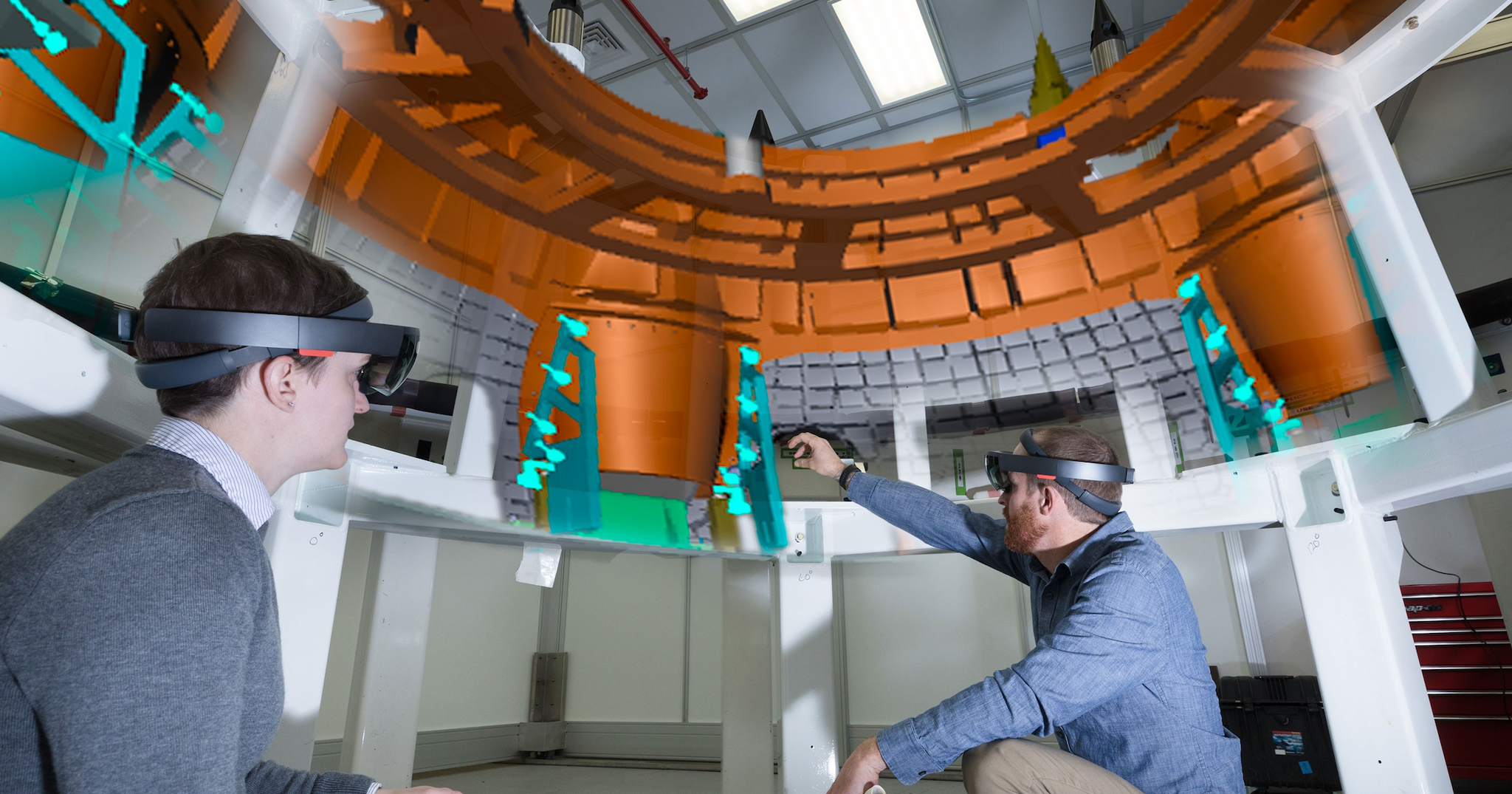 Or so we've heard.

Until now, this use for AR tech has been mostly theoretical. But a wild new MIT Tech Review story describes how that might finally be changing: Microsoft's HoloLens is speeding up construction of NASA's next space capsule by providing Lockheed Martin engineers with a virtual overlay of the project and the next steps in its assembly.

For each new project, Lockheed typically assembles a list of building instructions, which can sometimes run thousands of pages long. But to build the Orion capsule, which will carry a crew on the NASA Space Launch System rocket, the aerospace contractor decided to shake things up.

Using HoloLens headsets, which overlay information onto the physical world, the company's technicians can now see a virtual model of the spacecraft over the actual work-in-progress. This overlay includes everything from the model numbers of parts to information about how to drill holes and secure fasteners.

"At the start of the day, I put on the device to get accustomed to what we will be doing in the morning," technician Decker Jory, who is helping build the Orion capsule, told MIT Technology Review.

One reason AR hasn't lived up to its manufacturing potential is that the headsets are uncomfortable to wear for extended periods of time. At Lockheed, Jory and his team use the HoloLens system for 15-minute stretches, to familiarize themselves with the next steps, and then take them off.

But the Orion project provides a compelling vision of the future of manufacturing, and not just here on Earth, either — as Lockheed technologist Shelley Peterson teased in the MIT Tech article, AR could potentially help future astronauts perform maintenance in space as well.

More on augmented reality: Augmented Reality Is Going to Transform Your Life. Here’s How.