Did ULA really try to dig up dirt? 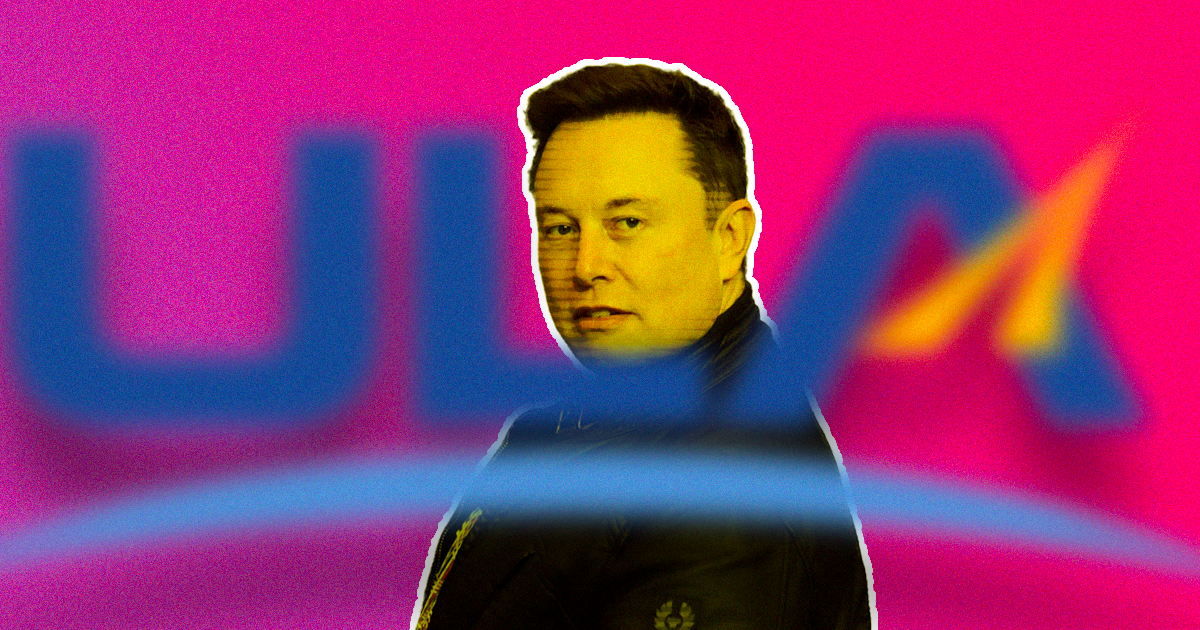 The authenticity of the emails has yet to be confirmed, though Ars Technica is reporting that they "appear to be legitimate." And ULA spokeswoman Jessica Rye told Futurism that "we will not comment at this time but are taking this alleged cyber crime seriously."

"While we are continuing to thoroughly investigate, we have no evidence to suggest any ULA accounts or systems have been breached," Rye added.

The emails, first surfaced by Backchannel — no, not Steven Levy's Backchannel, but a just-launched Substack that only has two posts — show an apparent email conversation between ULA VP Robbie Sabethier and Hasan Solomon, a lobbyist at the International Association of Machinists and Aerospace Workers.

In the email exchanges, Solomon and Sabethier appear to discuss a larger conspiracy theory about Musk, claiming that the billionaire was conspiring with former president Donald Trump and that Musk is a supporter of the Chinese Communist Party and its interests.

According to the leaked documents, Musk was actively being lenient and subservient to Chinese regulators at Tesla, while publicly fighting off US regulators.

"Large NASA taxpayer investments are being thrown away due to the cozy relationship established by Trump political hacks throughout NASA," Sabathier wrote in an April email, according to the leaks. "The US Government’s deep space exploration program is at risk: This large program which is the baseline for deep space exploration is being threatened due to political favors being offered to Elon Musk."

Neither ULA or SpaceX have responded to Futurism's requests for comment. Overall, it's difficult what to make of the leak. The leaker could certainly have their own motivations, as Backchannel points out.

If the email exchanges turn out to be entirely fabricated, the leaker could be attempting to throw ULA under the bus.

Or it's possible that the leaker is trying to bring dirt on Musk to light, albeit not very convincingly.

And to be fair, Musk has plenty of enemies that could directly benefit from damaging information emerging about him.

In fact, the alleged emails were exchanged just after NASA announced its decision in April, as Ars points out.

If the emails are legitimate, however, it's also possible that the leaker may be attempting to tarnish ULA's reputation by drawing attention to its underhanded attempts to undermine SpaceX.

It's also worth noting that little love has been lost between Musk and ULA CEO Tony Bruno, who whiplashed between a brief bromance and spats on social media.

The harsh reality is that ULA has had a difficult time keeping up with SpaceX's massive strides in recent years.

SpaceX has won several large government contracts, putting increased pressure on ULA to keep costs down to stay competitive, according to Ars.

We'll update this story as soon as we know more about the alleged leaks.

More on ULA and SpaceX: Elon Musk Bitterly Feuds With CEO He Was Joking With Literally Yesterday