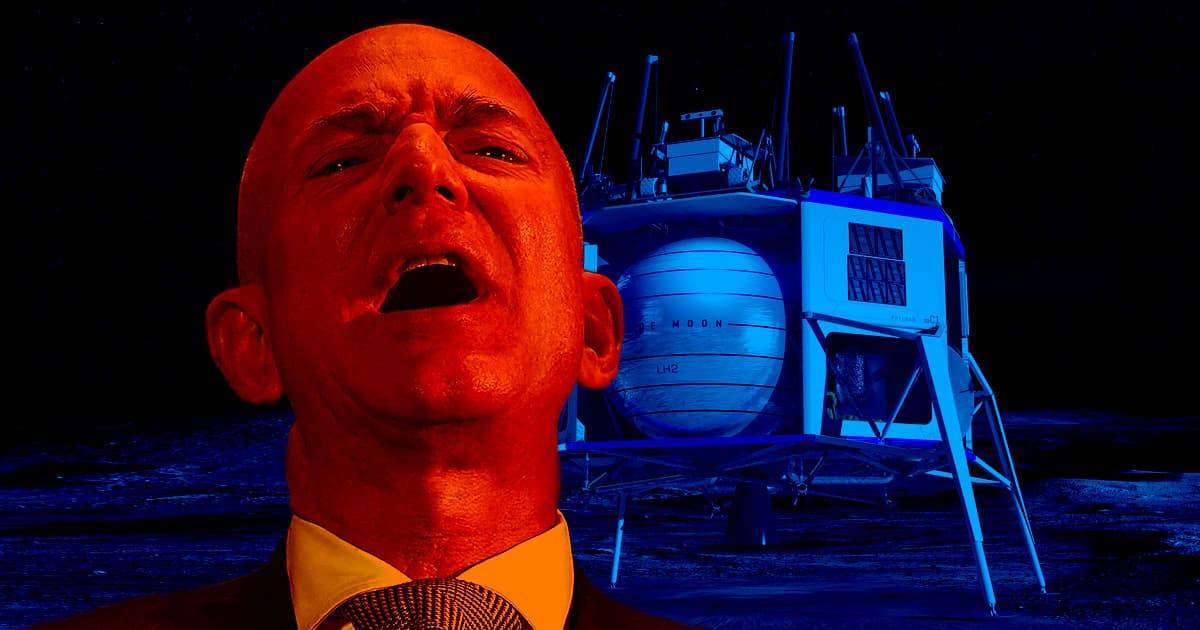 Leaked Documents Show That Blue Origin Was Obsessed With SpaceX

"Blue is kind of lazy compared to SpaceX," a Blue Origin exec said in 2018.

"Blue is kind of lazy compared to SpaceX," a Blue Origin exec said in 2018.

In late 2018, leadership at Jeff Bezos's spaceflight company Blue Origin was so concerned about falling behind Elon Musk's SpaceX that they hired management consultants to figure out what they were doing wrong.

The consultants gave a briefing to about a dozen senior leaders Blue Origin, and some of those executives' notes were recently obtained by Ars Technica. They show that the company was obsessed with figuring out where SpaceX was beating them — areas like talent acquisition, low-cost launches, and design — so they could catch up.

But, given SpaceX's utter dominance in the commercial spaceflight industry and the fact that Blue Origin has never launched an orbital flight, it seems that the briefing didn't work.

The notes suggest that Blue Origin's focus was on emulating SpaceX's success in no small part by trying to copy its business strategy. For instance, consultants identified that SpaceX was claiming a bigger chunk of the market by offering drastically cheaper launches and by putting more stock in customer satisfaction than was typical for the industry.

"They have a customer focus," a Blue Origin executive wrote at the time, according to Ars. "We should too. In many cases we view the customer as a nuisance. This is the case with LSA (Launch Services Agreement, or the US Space Force), satellite launch for NG (satellite customers for the New Glenn rocket), and astronauts for NS (New Shepard). We need to change this culture."

One key problem identified by briefing was that the consultants and Blue Origin leadership felt that their employees weren't delivering as much as SpaceX's were.

"Blue is kind of lazy compared to SpaceX," one executive wrote, according to Ars. "I often work off-hours and weekends, just the nature of the business. Blue is a ghost town on weekends, and I'm sure people are working, but I do think we have quite a bit of heroic high performers picking up the slack too often."

Ultimately, the briefing clearly didn't solve the company's problems. The gap between SpaceX and Blue Origin is far wider now than it was in 2018 — so either Blue Origin moved in the wrong direction, or SpaceX simply continued to outpace it.