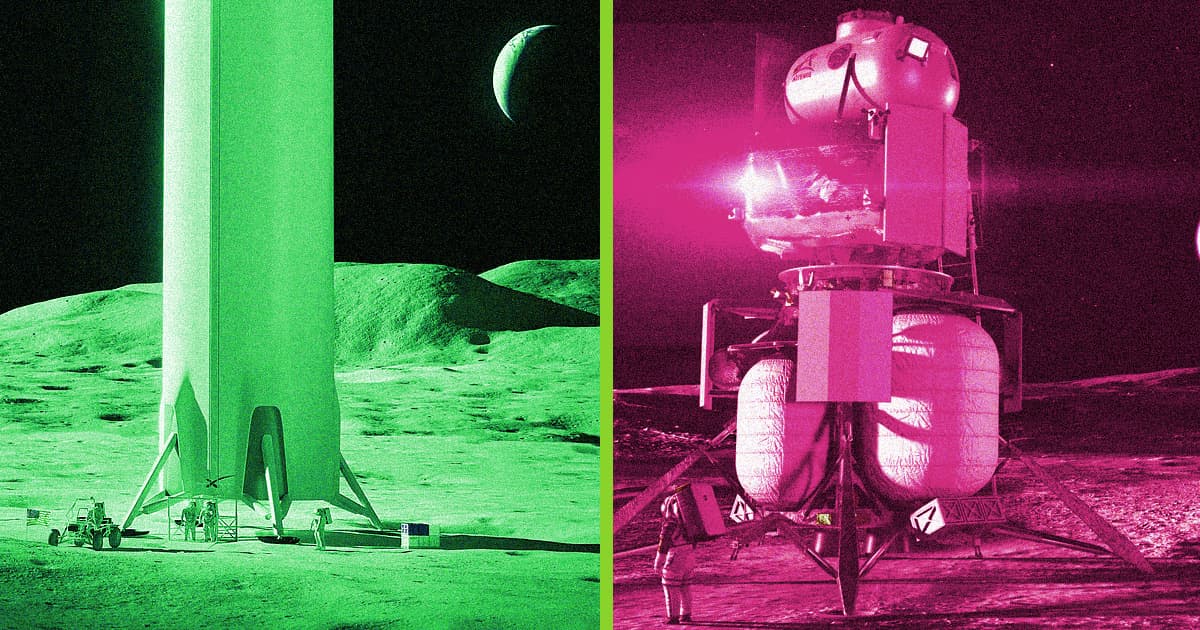 "They will never get a real government contract after this."

"They will never get a real government contract after this."

The lead engineer of the team behind Blue Origin's lunar lander is leaving the company to join SpaceX, according to an update on LinkedIn.

"Friday (August 13th) was my last day at Blue Origin," Nitin Arora, lead of mission architecture and integration lead of Blue Origin's Human Landing System (HLS) team," wrote in the post. "It was one hell of a ride working on the lunar program. Really honored that I got a chance to work with and lead incredibly smart, passionate people over last three years."

It's a notable departure that comes at an extremely tumultuous time for Blue Origin. The Jeff Bezos-led space firm has fought tooth and nail to get funding from NASA to develop its lunar lander after SpaceX emerged as the sole winner of the HLS contract.

Blue Origin's tactics included formal protests and recently published infographics trying to paint SpaceX as the worse option. And the fight escalated this week to the point where Bezos sued NASA over the contract — though it's unclear whether Arora knew of the legal action at the time of his departure.

Blue Origin's increasingly ugly battle with NASA has come at the dismay of its own workforce, Ars Technica reports.

"I personally believe that the vast majority of the company's employees do NOT agree with the infographics and other PR stunts that the company's leadership has been pushing," a Reddit user who claims to be a Blue Origin employee wrote in a post following the reveal of the lawsuit.

"I have not met a single one that does feel this way," the post reads. "In fact, most of us are rather disgusted and embarrassed to be represented in this manner."

The feud could also be a bad omen for Blue Origin's future. "They will never get a real government contract after this," an unnamed NASA source told Ars.

Arora's departure could signal a trend, but it's still too early to tell what the fallout, if any, from Blue Origin's aggressive tactics will turn out to be.

And having the lead engineer move to Blue Origin's direct competitor is bound to sting.