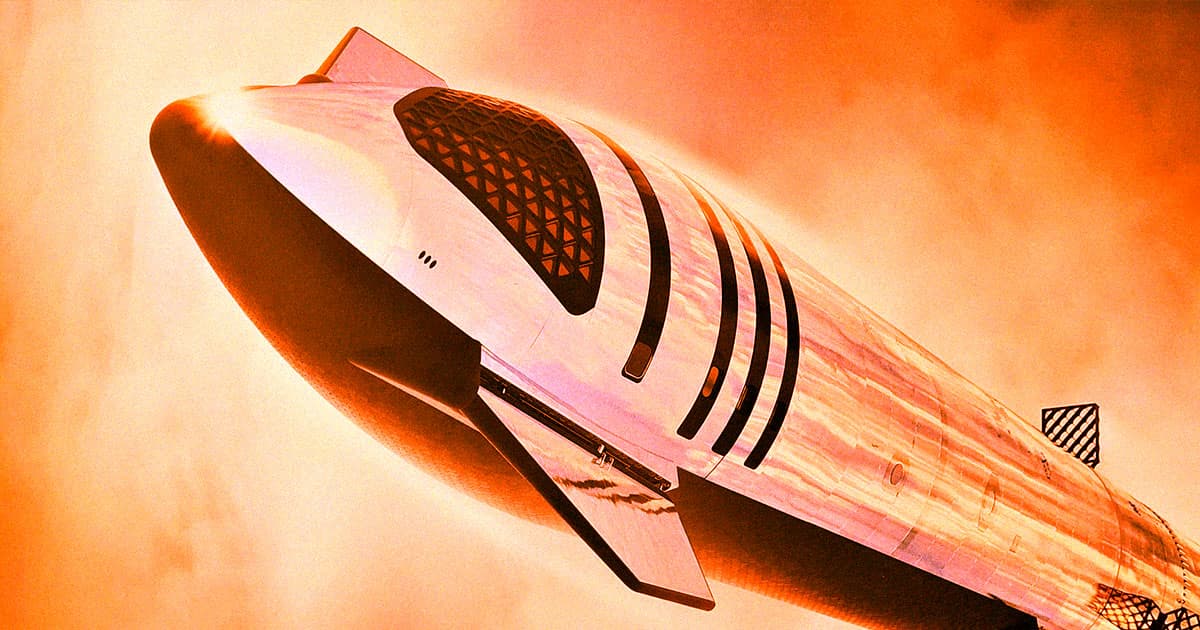 It's not every day we're treated to a leaked video from inside a prototype spacecraft.

But a newly-surfaced video appears to show the astonishingly roomy interior of SpaceX's Starship spacecraft prototype, as spotted by SpaceExplored.

It's worth noting that we still don't know the exact source of the video or its authenticity. Futurism has reached out to SpaceX for comment.

One thing's for sure, though: Starship is a massive rocket. Once stacked on top of its Super Heavy booster, Starship will stand at almost 400 feet tall — 475 feet including its launch stand.

The diameter of the rocket alone is 30 feet, the width of an average urban town house. That's plenty of room for cargo and passengers on the way to the Moon or even Mars.

SpaceX has yet to release any detailed plans on exactly how it plans to fill all that space, but CEO Elon Musk did sell the launch platform as a way to ferry up to 100 passengers at a time, almost two average tour buses worth.

It's also plenty of space to capture debris while in orbit, a possibility SpaceX president and COO Gwynne Shotwell floated during an interview last year.

Are we looking at the future of space travel? The cabin is certainly roomy enough, even with a considerable amount of space taken up by life support systems, insulation, and shielding.

But first, SpaceX has to prove that Starship is capable of going to space in the first place.