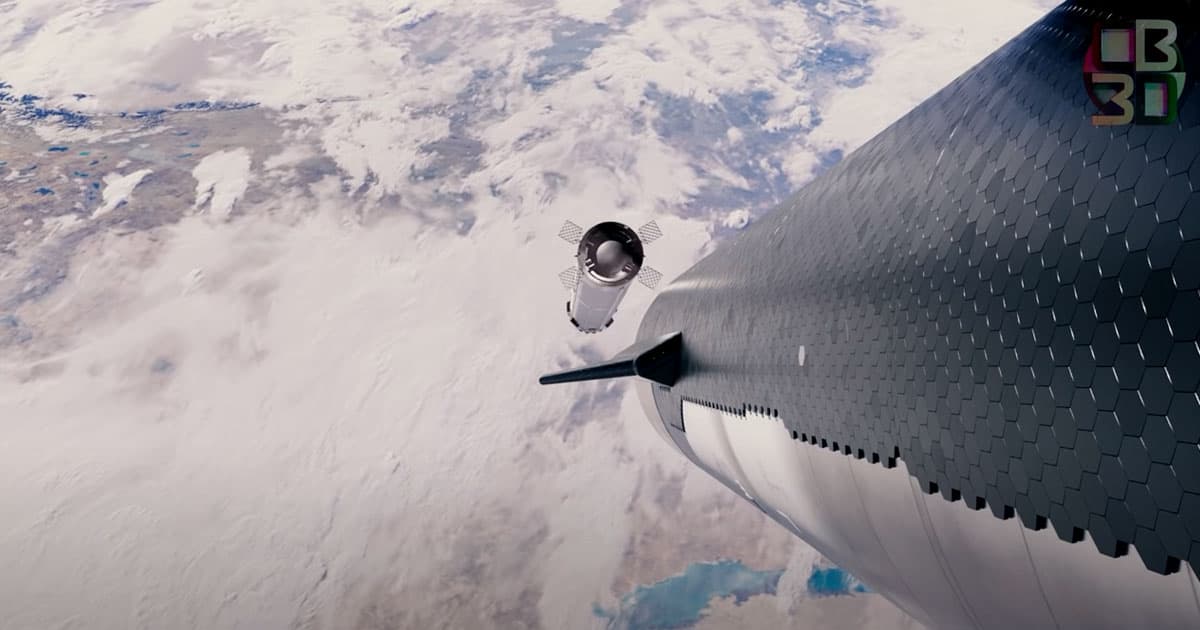 "This is why a lot of us are obsessed with the chopsticks."

"This is why a lot of us are obsessed with the chopsticks."

Animator and SpaceX enthusiast Corey Bass has rendered a near-photorealistic video of a Starship and Super Heavy booster launching to Earth's orbit.

The animation shows the massive spacecraft taking off and separating from its Super Heavy booster before propelling itself into orbit.

"This is why a lot of us are obsessed with the chopsticks," NASASpaceFlight managing editor Chris Bergin quipped on Twitter.

As of right now, the render is an educated guess.

"Very little is known about the exact catch sequence, so I decided to animate how I think it may look," Bass wrote in the caption of the video on YouTube.

While SpaceX has made significant progress on building its launch tower and completing early tests of the first flightworthy Super Heavy booster prototype, we still don't know when exactly the first Starship will enter orbit.

"We’ll do a bunch of tests in December and hopefully launch in January," Musk said at a meeting of the National Academies of Sciences, Engineering, and Medicine Space Studies Board earlier this month.

It will be quite the show, especially if things don't go according to plan.

"There’s a lot of risk associated with this first launch," Musk added, "so I would not say that it is likely to be successful but we’ll make a lot of progress."

In other words, there may just be yet another Starship explosion in our near future.