This will shock literally no one. 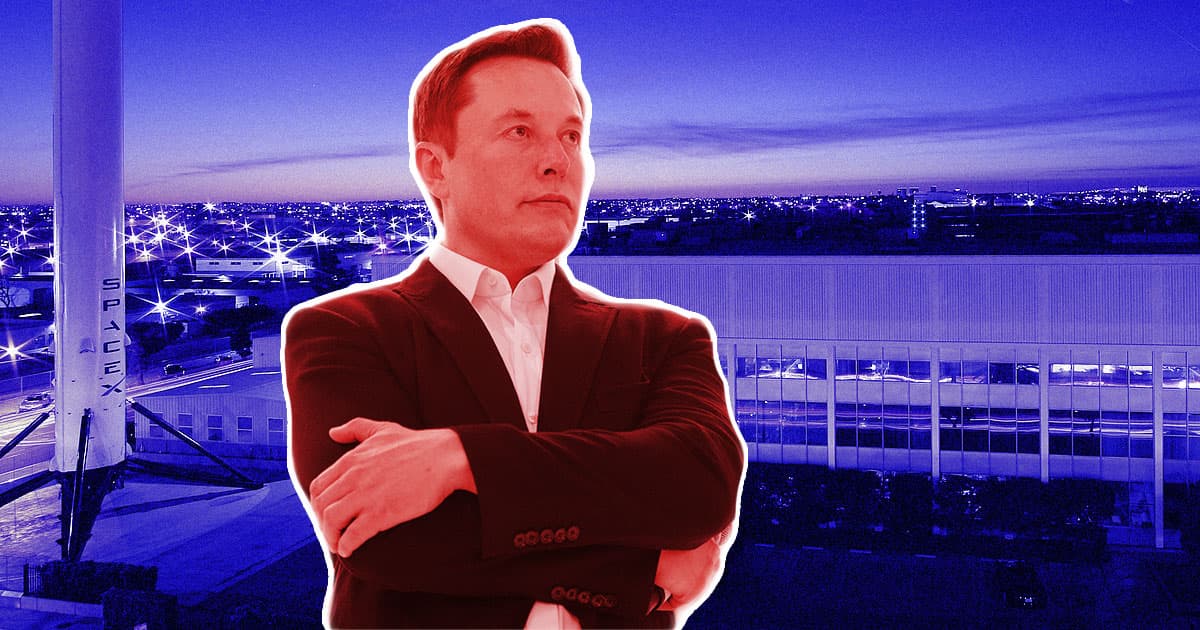 It looks like Elon Musk is placing the burden of SpaceX's imminent bankruptcy squarely on the shoulders of his employees, as new leaked emails reveal that he expected them to work through the Thanksgiving holiday weekend.

"Unless you have critical family matters or cannot physically return to Hawthorne," Musk wrote in an email obtained by Space Explored, "we will need all hands on deck to recover from what is, quite frankly, a disaster."

In the email, subsequently confirmed by CNBC, the SpaceX and Tesla CEO said that although he "was going to take this weekend off, as my first weekend off in a long time," he will instead "be on the Raptor line all night and through the weekend" — before suggesting that his employees must do the same as well.

As Space Explorer previously reported, the company's much-ballyhooed Raptor engines are the source of its possible bankruptcy — or rather, stalled progress on the engines is the problem. When describing the issue, Musk seemed to allude to the exit of Will Heltsley, SpaceX's former propulsion VP who left earlier in November over the same problem with the Raptor engines.

"Unfortunately, the Raptor production crisis is much worse than it had seemed a few weeks ago," the CEO wrote. "As we have dug into the issues following the exiting of prior senior management, they have unfortunately turned out to be far more severe than was reported. There is no way to sugarcoat this."

There's little doubt that SpaceX employees make their living in a difficult workplace. When they're not dodging layoffs, the company has also been subject to alleged labor law violations such as being asked to work off the clock and barred from taking lunch breaks. And none of that holds a candle to Tesla, where Musk has been accused of meltdowns and on-the-spot firings.

While he may not be the Steve Jobs of the commercial space industry, the prevailing presumption among Musk-watchers is that he's quite hard to work with — and as this leaked email shows, that suspicion may be justified.