A Day Before the Bankruptcy Leak, Musk Quietly Hinted at Taking SpaceX Public

Is that what he meant? 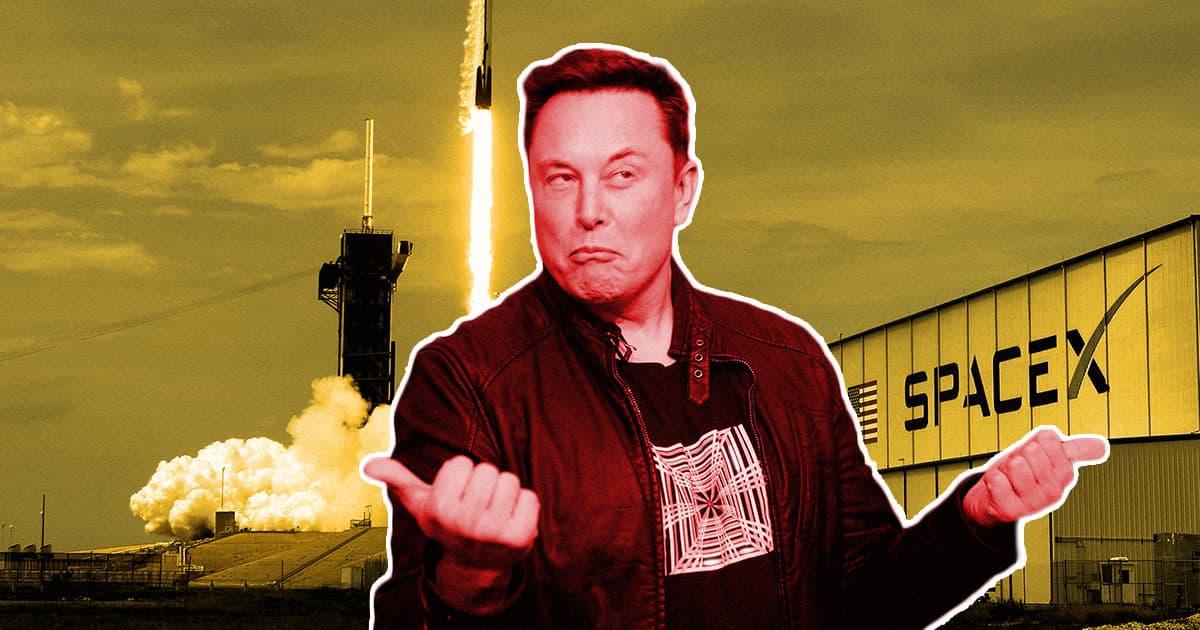 About two months ago, a Twitter user posted screenshots of a 2013 email SpaceX CEO Elon Musk sent to employees, in which he elaborated on why he wanted to keep SpaceX private.

Then, the day before yesterday, Musk suddenly replied to the months-old tweet, saying cryptically that "a lot has happened in eight years" — perhaps a hint that the billionaire is making moves to go public with another major venture.

At least, that's one interpretation of Musk's reply.

"But has a lot changed?" CNBC space reporter Michael Sheetz asked in reply. "Or do you think that SpaceX as a whole still won't go public until Mars missions are happening, with only a possible Starlink IPO before then?"

Musk stopped short, however, and has yet to respond to Sheetz. In March 2020, Musk also scoffed at the idea of SpaceX spinning off Starlink as a standalone public company.

Notably the CEO's tweet was sent just hours before SpaceExplored published a leaked email Musk sent to SpaceX employees, arguing that the company is in crisis and facing a "genuine risk of bankruptcy."

Back in 2013, Musk was trying to reassure SpaceX employees by arguing that "if you believe that SpaceX will execute better than the average public company, then our stock price will continue to appreciate at a rate greater than that of the stock market."

The CEO argued that public companies often go "through extreme volatility," which — if Musk's electric car venture Tesla is anything to go by — is a fair assessment.

If Musk's comment does in fact mean he's considering going public with SpaceX, it could mean the space company is in for a rocky ride.

Over three years ago, Musk caused a massive uproar when he tweeted that he is "considering taking Tesla private at $420" with "funding secured," some eight years after the company went public in 2010.

What turned out to be an ill-advised weed joke landed him with a troublesome lawsuit from the Securities and Exchange Commission.

In his 2013 letter, Musk argued that Tesla and SolarCity were public because "they didn't have a choice."

He also judged SpaceX to be worth around $4 billion at the time. Today, SpaceX is worth a whole lot more, hitting a valuation of $100 billion in October.

Then there's the fact that as a public company, SpaceX would have to face a full gauntlet of government bureaucracy — and if recent trends are anything to go by, SpaceX prefers to move at a breakneck pace.

Has Musk learned his lesson since his fateful Tesla tweet? Considering he was tweeting about taking a dump just this week, investors will have to stay vigilant.