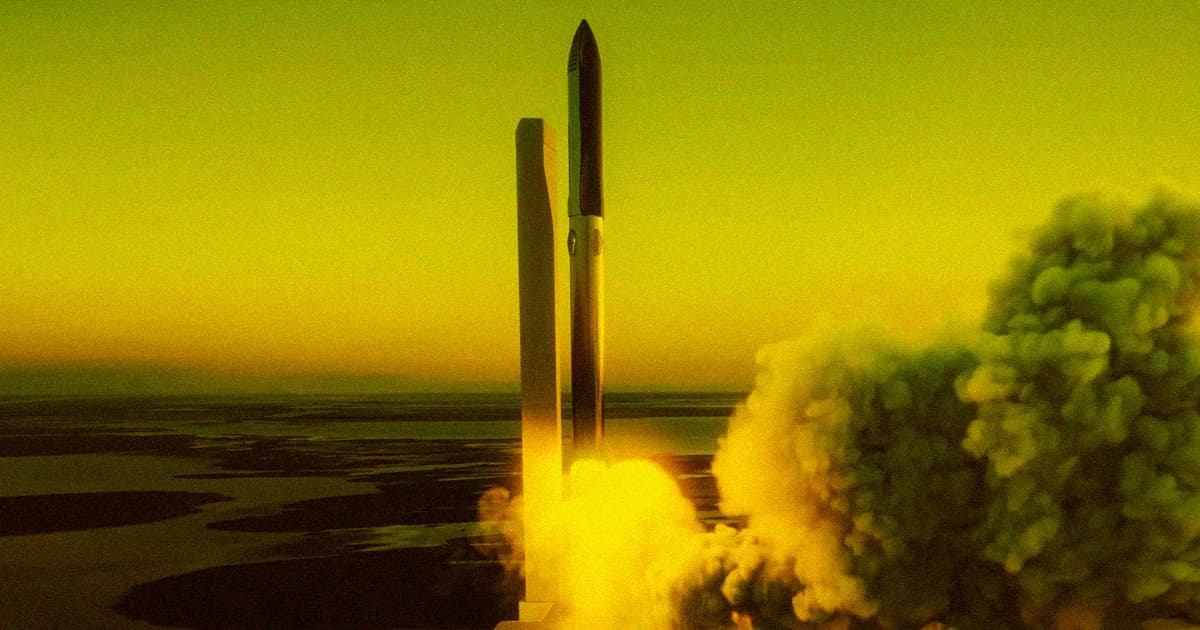 "The company is building the tower at its own risk."

"The company is building the tower at its own risk."

Over the past four months, SpaceX has constructed a massive launch tower at its facility in Boca Chica, Texas that serves as a monument to the incredible power of the company's Super Heavy booster and the potential of its Starship spacecraft.

But now, pending further review, the Federal Aviation Administration (FAA) may tell SpaceX to tear it all down, CNBC reports. The launch tower has been centered in a tense disagreement between SpaceX and the FAA, as the company initially claimed it would only be used for research and manufacturing but now wants to use it for, you know, launching — a change that subjects it to further FAA regulation. At the heart of it all, the tower seems to be the latest battleground in the bigger fight over who has the real power within the space industry: the private companies pushing the field forward or the regulatory agencies meant to keep them in check.

The issue stems from the FAA's ongoing environmental review of SpaceX's Texas operation. The most recent environmental assessment of SpaceX's launches was completed in 2014 and involved an entirely different rocket than the current Super Heavy. Even though SpaceX President Gwynne Shotwell said the company wanted to launch in July, SpaceX will need a new FAA license before it can proceed with the next phase of Starship testing, according to CNBC.

"The company is building the tower at its own risk," an FAA spokesperson told the news channel.

Aside from the greater impact that a Super Heavy booster could have on the surrounding area, the new launch tower is far bigger than any structures the FAA assessed back in 2014, so questions remain about how well it will perform or how big a hazard it may pose during an actual launch.

But unfortunately for the FAA —­ and perhaps for debris-dodging residents of the area — SpaceX CEO Elon Musk doesn't always listen when the agency tells him "no."

What's the Weather Like?
Report: SpaceX Ignored FAA Warnings Before Massive Starship Explosion
6. 15. 21
Read More
Explosions in the Sky
FAA Authorizes Launch of Next Three Starship Prototypes
4. 29. 21
Read More
Get Ready, Space Tourists: FAA Issues License For Virgin Galactic's SpaceShipTwo
8. 2. 16
Read More
+Social+Newsletter
TopicsAbout UsContact Us
Copyright ©, Camden Media Inc All Rights Reserved. See our User Agreement, Privacy Policy and Data Use Policy. The material on this site may not be reproduced, distributed, transmitted, cached or otherwise used, except with prior written permission of Futurism. Fonts by Typekit and Monotype.