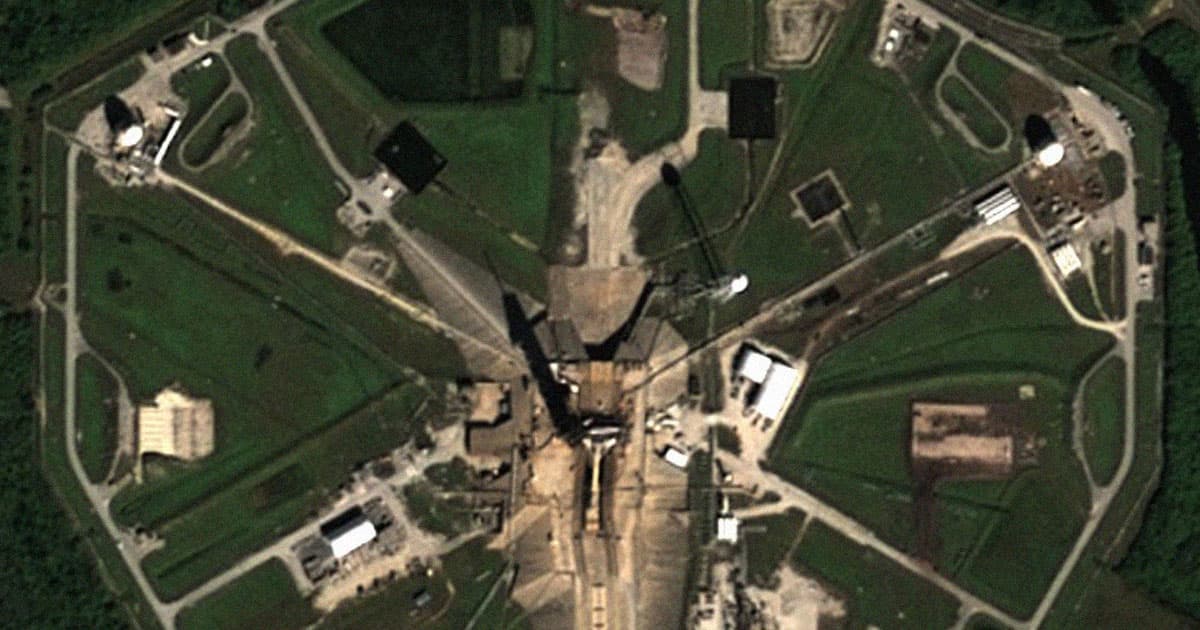 SpaceX CEO Elon Musk revealed on Twitter today that SpaceX has begun the "construction of Starship orbital launch pad at the Cape." Satellite images dating back to November 29 shows a flurry of activity at the launch pad.

It's an exciting prospect to think of the next-gen spacecraft one day lifting off from historic launch pad 39A at the Kennedy Space Center — the very same pad that served as NASA's "Moonport" during the Apollo years over half a century ago.

Earlier this year, NASA picked SpaceX for its multi-billion dollar Human Landing Systems contract, with the hopes of having Starship carry the first astronauts to the lunar surface since 1972.

The first orbital test launch of the spacecraft won't be taking place at the Kennedy Space Center, though. According to Musk, SpaceX will be attempting Starship's maiden voyage into orbit from its "Starbase" testing facilities in Boca Chica, Texas some time early next year.

"There's a lot of risk associated with this first launch, so I would not say that it is likely to be a success, but I think we will make a lot of progress," Musk said during a virtual meeting of the National Academies of Sciences, Engineering and Medicine last month.

Musk also revealed that he's aiming to do up to a dozen test flights next year alone, with commercial service kicking off in 2023 to launch "real payloads." It's unclear, however, where each of these tests will be conducted from.

All told, SpaceX is inching closer to turning its Starship into a reality — though it has plenty of hurdles left to overcome, including the testing of its massive Super Heavy booster, not to mention an environmental review by the Federal Aviation Administration.

And that's without getting into the dire financial straits the company may be facing. According to a leaked email Musk sent to employees this week, SpaceX is facing a "genuine risk of bankruptcy."