"Planetary scientists need to be thinking about how we can take advantage of this capability because it’s extraordinary." 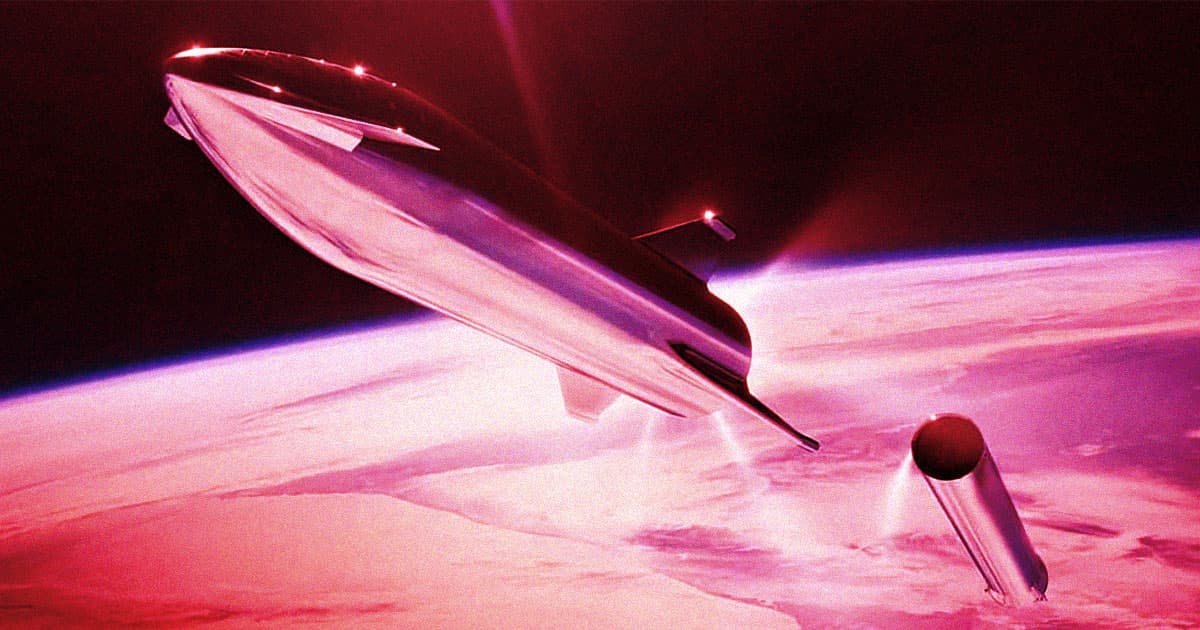 NASA scientists are really starting to get fired up about the idea of SpaceX's Starship, a massive spacecraft with the goal of lugging unprecedented amounts of cargo and passengers to distant corners of our solar system, Ars Technica's Eric Berger reports.

"You can really take advantage of the Starship architecture and get to the outer Solar System in ways we haven't thought about before," NASA research scientist Jennifer Heldmann told Berger. "It could provide a revolutionary new way of exploring these worlds."

Starship's scale could allow us to eventually send the first humans to Mars — or, alternately, just a lot of robotic research equipment — or other planets and moons.

"Starship can bring unprecedented amounts of payload to Mars and elsewhere," Heldmann told Berger. "Planetary scientists need to be thinking about how we can take advantage of this capability because it’s extraordinary."

Alongside a number of other NASA scientists and space experts, Heldmann published a paper back in May titled "Accelerating Martian and Lunar Science through SpaceX Starship Missions."

The paper probes the many ways Starship could help boost space exploration.

"The SpaceX Starship system fundamentally changes the paradigm for NASA science, technology development and testing, and human exploration of space," it concluded.

Returning astronauts to the Moon has captured the attention of even those, who worked on the Apollo missions over half a century ago.

Brown University's James Head, who worked with NASA to figure out where to land on the Moon in the 1960s, told Ars that "being on the floor of the SpaceX factory is the closest I’ve felt to having been in the Apollo program."

Of course, SpaceX still has the difficult task of actually getting its Starship off the ground and into space. The first orbital flight tests could occur as soon as early 2022. The first trip to the Moon — if the Elon Musk-led company can end up banking on early successes — could happen as soon as 2024.

With the first human landing on the Moon since December 1972 under its belt, SpaceX and NASA could begin focusing their efforts on establishing a lunar outpost — and scientists are practically salivating at the prospect.

"We'd also be happy to fill up a Starship with Ingenuities," an unnamed NASA source told Berger, referring to the space agency's tiny but extremely talented helicopter.

READ MORE: Planetary scientists are starting to get stirred up by Starship’s potential [Ars Technica]

Read This Next
Little Boxes
One Silly Little Detail Is Reportedly Delaying Artemis II by Years
Putting Things In Perspective
Amazing Artemis Photo Shows Every Human, Alive or Dead, Plus the Moon
Fighting Words
Retired NASA Astronaut Scott Kelly Dishes on Ukraine, Russia, and Moon Mission
Psychological Warfare
Experts Excoriate NASA Report Claiming James Webb Wasn't Homophobic
Big Impact
Meteorite Hit Mars So Hard NASA Thought It Was a Quake
More on Off World
Kilonova Blast
9:27 PM on futurism
Staggering Galactic Explosion Blamed on Black Hole Collision
Big Boi
4:21 PM on the byte
Epic Artemis Video Shows the Astonishing Size of the Moon
International Sti...
3:44 PM on the byte
New Details Emerge About the "Peculiar Odor" on International Space Station
READ MORE STORIES ABOUT / Off World
Keep up.
Subscribe to our daily newsletter to keep in touch with the subjects shaping our future.
+Social+Newsletter
TopicsAbout UsContact Us
Copyright ©, Camden Media Inc All Rights Reserved. See our User Agreement, Privacy Policy and Data Use Policy. The material on this site may not be reproduced, distributed, transmitted, cached or otherwise used, except with prior written permission of Futurism. Articles may contain affiliate links which enable us to share in the revenue of any purchases made.
Fonts by Typekit and Monotype.