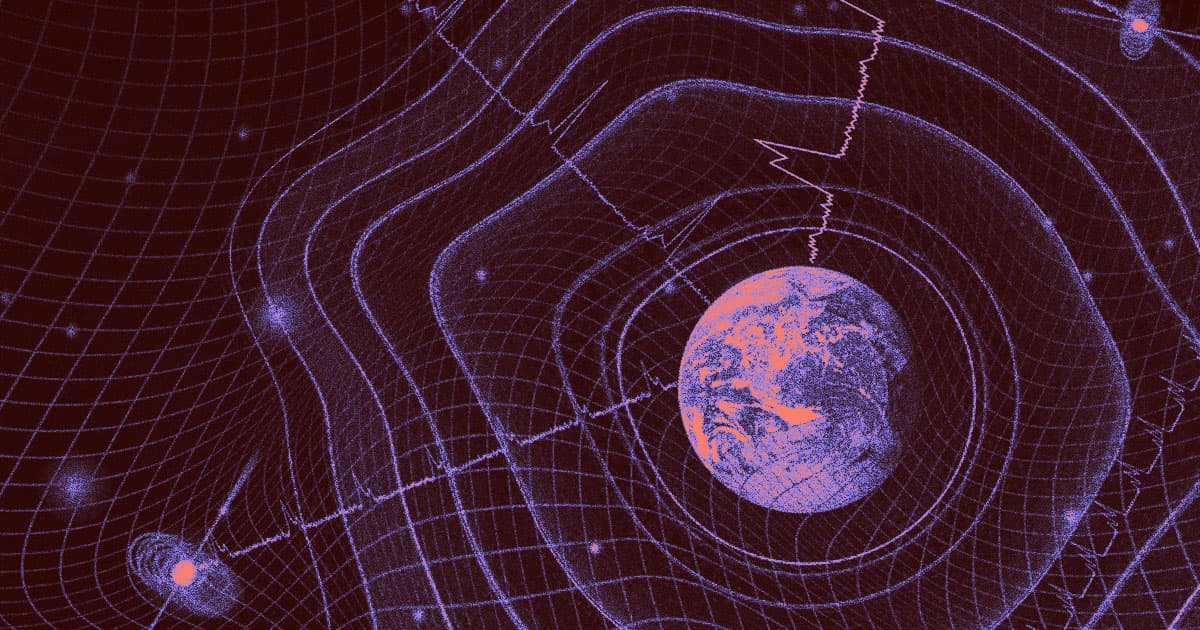 A team of scientists is taking an unusual approach to finding a new kind of gravitational wave they think is constantly washing over the Earth: using a clever trick to turn the entire galaxy into a giant observatory.

The team, from the University of Colorado at Boulder, is using the North American Nanohertz Observatory for Gravitational Waves (NANOGrav) to hunt for gravitational waves that are too massive and slow to spot with Earthly observatories like LIGO. They haven't found them yet, but research published in The Astrophysical Journal Letters suggests that the galaxy-sized observatory is getting close.

In recent years, scientists have been able to record and study the gravitational waves that ripple out from cosmic events like black hole mergers. But experts believe that there are bigger and larger gravitational waves out there that constantly flow past Earth like cosmic background noise. And that's what the NANOGrav team is after.

"We've found a strong signal in our dataset," lead author and Colorado astrophysicist Joseph Simon said in a press release. "But we can't say yet that this is the gravitational wave background."

The galaxy-sized observatory is really a series of observatories on Earth trained on a network of 45 pulsars spread throughout the Milky Way. These pulsars, which are compact neutron stars that spin extremely rapidly, will rotate faster or slower if perturbed by a massive wave — like the background gravitational radiation. By tracking those slight, fraction-of-a-second variations in their spin, the NANOGrav team can treat them like cosmic lighthouses that spot massive, incredibly slow-moving waves.

Hubble Tension
Most Precise Measurements of the Universe Suggest That Something Is Very Wrong
10. 20. 22
Read More
Ripple Burst
Scientists Detect "Tsunami" of Gravitational Waves
11. 8. 21
Read More
Spider Stars
Astronomers Discover "Spider Stars" That Tear Apart Other Stars
1. 19. 21
Read More
+Social+Newsletter
TopicsAbout UsContact Us
Copyright ©, Camden Media Inc All Rights Reserved. See our User Agreement, Privacy Policy and Data Use Policy. The material on this site may not be reproduced, distributed, transmitted, cached or otherwise used, except with prior written permission of Futurism. Articles may contain affiliate links which enable us to share in the revenue of any purchases made.
Fonts by Typekit and Monotype.