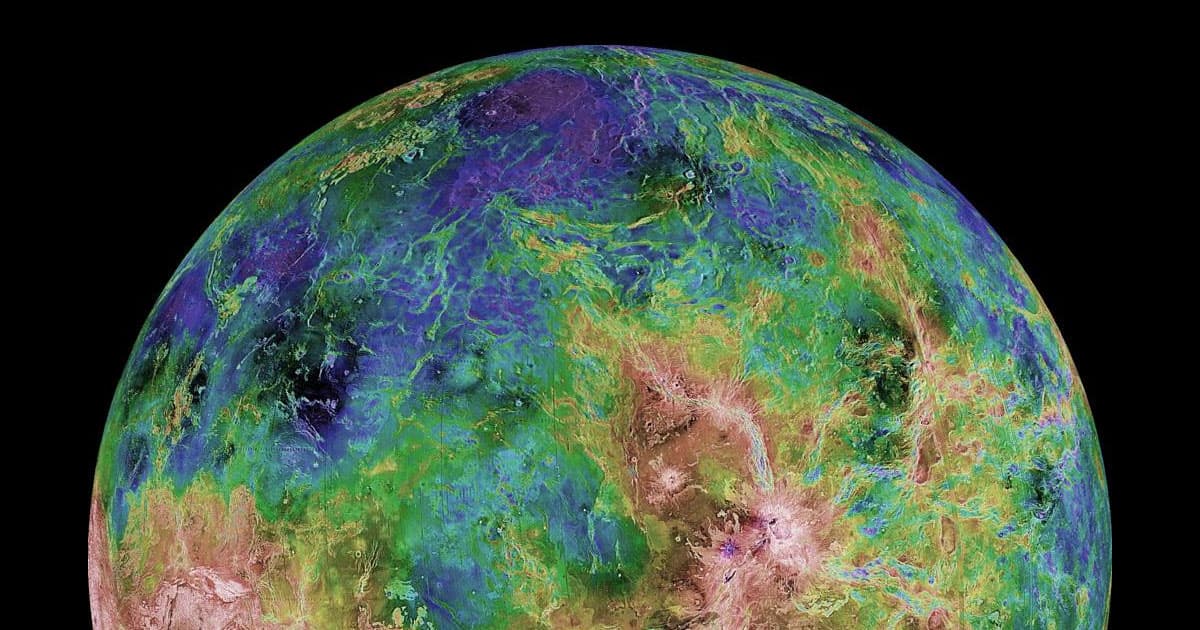 It wants to map out the planet's entire surface.

It wants to map out the planet's entire surface.

The Indian Space Research Organization wants to launch a mission to Venus.

The ultimate goal is to use an orbiter to map the entire planet, as well as to scan and figure out what's going on beneath the surface, according to Space.com. If the mission takes off, it could help give scientists a much better understanding of our planetary neighbor — including information about how its bizarre atmosphere behaves.

The space agency is currently awaiting the green light for the mission. If all goes to plan, it may launch as soon as 2023, Space.com reports.

Once it arrives, the orbiter would be able to create a map of Venus is just about a year, while also using scientific instruments to study the planet's atmosphere, volcanic activity, and intense lightning storms.

India's space program suffered a setback when its Moon lander crashed in September. But because the Venus mission wouldn't involve actually touching down on the surface, it may have a brighter future.

Space Lumps
Scientists Say We May Be Extremely Wrong About the Universe
4. 28. 22
Read More
Into Darkness
Inside NASA's Bold Proposal to Probe the Mysteries of Dark Matter
3. 11. 22
Read More
Life on Venus
MIT Scientists Say Life May Have Been Detected on Venus After All
12. 21. 21
Read More
+Social+Newsletter
TopicsAbout UsContact Us
Copyright ©, Camden Media Inc All Rights Reserved. See our User Agreement, Privacy Policy and Data Use Policy. The material on this site may not be reproduced, distributed, transmitted, cached or otherwise used, except with prior written permission of Futurism. Articles may contain affiliate links which enable us to share in the revenue of any purchases made.
Fonts by Typekit and Monotype.