"Life could be making its own environment on Venus." 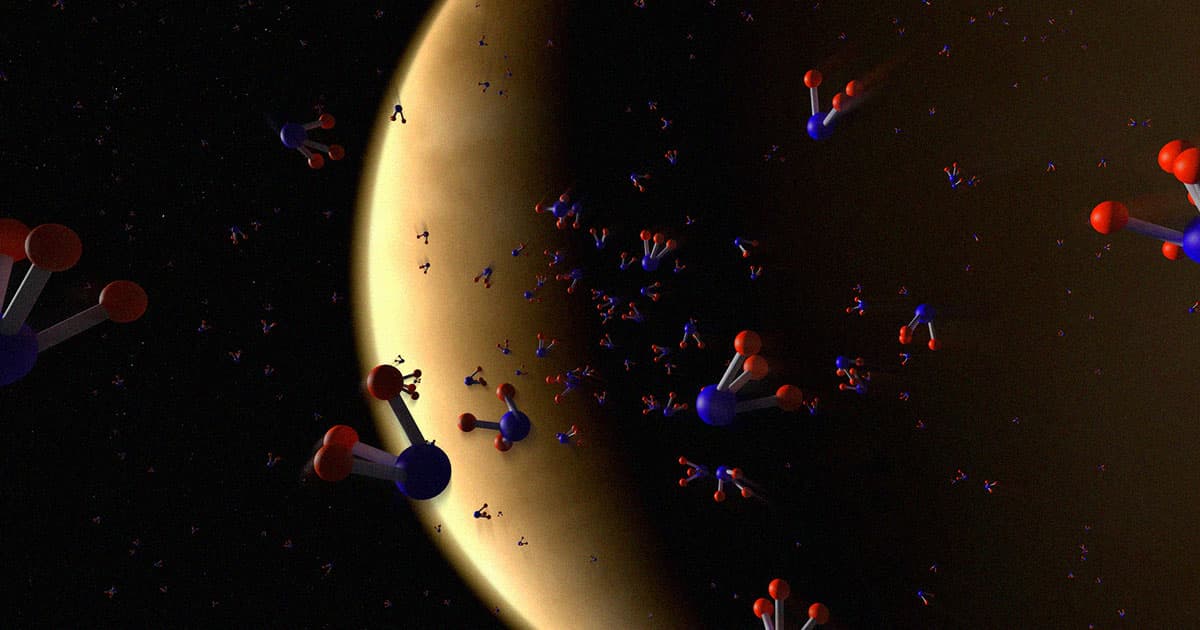 Researchers made a huge splash last year when they announced the discovery of significant sources of phosphine in the atmosphere of Venus. The colorless and odorless gas, they claimed at the time, could be a possible sign of life, as it's often the result of organic matter breaking down here on Earth.

The hypothesis remains a bit of a stretch: that clouds in the planet's thick, carbon dioxide-filled atmosphere could harbor lifeforms that also happen to be resistant to the incredibly caustic droplets of sulfuric acid surrounding them.

And indeed, other scientists have also thrown cold water on the hypothesis, calling out the possibility of a processing error that throws the data itself into question.

But now, a new study is giving new life to the tantalizing theory. Sulfuric acid, MIT scientists say, could be neutralized by the presence of ammonia, which astronomers also suspect to be present in the planet's atmosphere thanks to the Venera 8 and Pioneer Venus probe missions in the 1970s.

Ammonia would set off a long chain of chemical reactions, they say, that could turn Venus' clouds into a hospitable place.

In short, "life could be making its own environment on Venus," the researchers write in their paper, which was accepted into the journal Proceedings of the National Academy of Sciences.

"Our model therefore predicts that the clouds are more habitable than previously thought, and may be inhabited," the researchers conclude.

The ammonia gas itself could be the result of biological processes, the authors suggest, instead of lightning or volcanic eruptions, as has been suggested in previous research.

"There are very acidic environments on Earth where life does live, but it’s nothing like the environment on Venus ­— unless life is neutralizing some of those droplets," co-author Sara Seager, a planetary sciences professor at MIT, said in a press release.

It's an intriguing conclusion — but nothing short of sending a probe into Venus' atmosphere will convincingly confirm the tantalizing hypothesis.

Fortunately, both NASA and the European Space Agency are planning to send their own respective spacecraft to our closest planetary neighbor within the next ten to 15 years. So hopefully some answers will finally be on the way.

Read This Next
Venus Life Trap
Research: Jupiter Likely Turned Venus Into an Uninhabitable Hellhole
Can't Even
Scientist Behind Venus Life Claim Describes It as "Crazy"
Venus Smells Like Rotting Fish
Breaking: Researchers Discover Signs of Life on Venus
Futurism
A Massive Gravity Bulge Was Spotted on Venus
Futurism
6 Surprising Facts About Venus, Earth's Evil Twin
More on Hard Science
Past Particle
Yesterday on the byte
Large Hadron Collider Discovers Strange New Particles
Moved to Tears
Jun 30 on the byte
Scientists Say New James Webb Images Are So Powerful That It Was Emotional Just Looking at Them
Good God
Jun 28 on the byte
Huge Cloud of Toxic Yellow Gas Kills 13
READ MORE STORIES ABOUT / Hard Science
Keep up.
Subscribe to our daily newsletter to keep in touch with the subjects shaping our future.
+Social+Newsletter
TopicsAbout UsContact Us
Copyright ©, Camden Media Inc All Rights Reserved. See our User Agreement, Privacy Policy and Data Use Policy. The material on this site may not be reproduced, distributed, transmitted, cached or otherwise used, except with prior written permission of Futurism. Fonts by Typekit and Monotype.