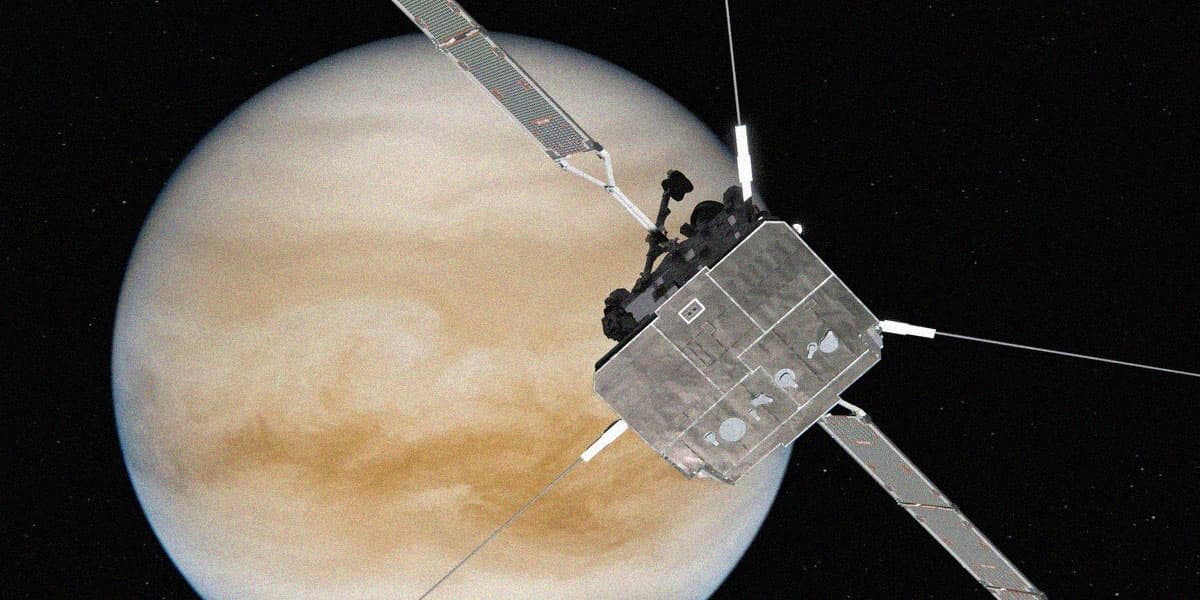 It's not the only Venus flyby that happened this week.

It's not the only Venus flyby that happened this week.

During its daring flyby — the probe came within just 4,967 miles of the surface — the small spacecraft's telescope captured a stunning series of images showing the planet brightly illuminated by the Sun.

Glare in the Dark

The short clip shows Venus' dark side, which faces away from the Sun, in the shape of a circular and dark region. The Sun is somewhere off camera to the right, harshly illuminating the scene.

"Ideally, we would have been able to resolve some features on the nightside of the planet, but there was just too much signal from the dayside," said Phillip Hess, astrophysicist at the Naval Research Laboratory in Washington, D.C., in a NASA statement.

"Only a sliver of the dayside appears in the images, but it reflects enough sunlight to cause the bright crescent and the diffracted rays that seem to come from the surface," he added.

The passage was the Solar Orbiter's second Venus flyby. If all goes according to plan, it'll make one more flyby of Earth and six more Venus flybys between 2022 and 2030.

The reason why it keeps coming so close to the planet is because it's using the planet's gravity to catapult itself closer to the Sun. Eventually, the spacecraft's orbit will allow it to get the first-ever glimpses of the Sun's north and south poles.

Coincidentally, the ESA and the Japan Aerospace Exploration Agency’s (JAXA) BepiColombo probe also made a flyby of Venus earlier this week. Stunning footage shared by the ESA shows the small spacecraft spinning past Venus on its long journey to Mercury.

And that's cool — because it's not every week that we get two different glimpses of a distant world.