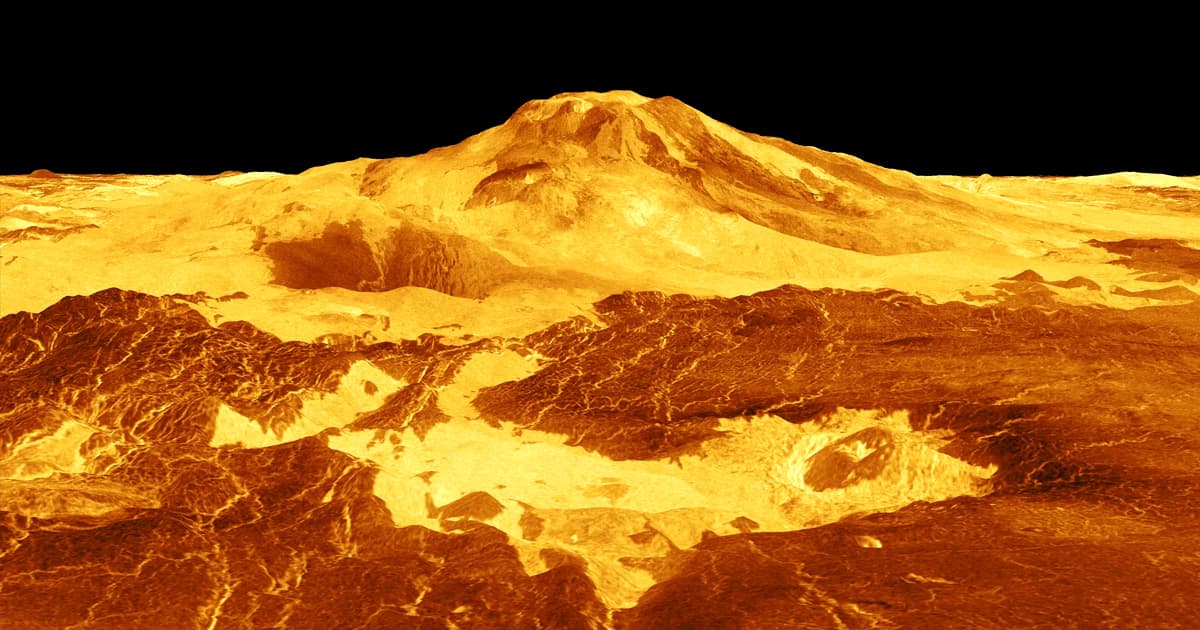 "We don’t know what Venus is capable of."

"We don’t know what Venus is capable of."

Scientists were baffled by the discovery of phosphine gas in Venus's atmosphere last year. They hailed the discovery as a slim-but-real sign that microbial life could survive in the clouds high above the planet's blistering surface below — since, back on Earth, the gas can be the result of organic processes.

But now, a team of researchers from Cornell University are throwing cold water on that hypothesis. They argue that the gas is evidence for the presence of something completely different: explosive, volcanic activity — yet another twist in the decades long quest to unravel the roiling planet's many mysteries.

The theory goes that phosphides, which are compounds that contain phosphorus, are ejected into the atmosphere via volcanic activity. These compounds then react with sulfuric acid present in the Venusian atmosphere to form phosphine.

"The phosphine is not telling us about the biology of Venus," said Jonathan Lunine, professor of physical sciences at Cornell, who co-authored a new study alongside doctoral geology candidate Ngoc Truong, in a statement. "It's telling us about the geology. Science is pointing to a planet that has active explosive volcanism today or in the very recent past."

The researchers' model suggests that "Venus might be subject to episodes of active volcanism and magmas originating deep in the mantle and brought up by plume volcanism," according to their paper, published today in the Proceedings of the National Academy of Sciences.

According to Truong, the active volcano hypothesis also aligns with some unusual geological features spotted by NASA's Magellan spacecraft during a 1990 flyby. High-quality radar images taken at the time suggest that the Venusian surface is covered in volcano-like protrusions and lava channels.

"We do not think that deep mantle plume volcanism can produce sufficient amounts of phosphine to explain the observations," MIT's Janusz Petkowski, member of the team that made the phosphine discovery last year, told New Scientist. He also pointed out that we're not entirely sure how much phosphorus there really is in the planet's mantle.

"Unfortunately, we’re sitting here with these little hints of volcanism from all these pieces of circumstantial evidence, phosphine included," Lunine told New Scientist. "We don’t know what Venus is capable of."

Fortunately, both the European Space Agency and NASA recently announced they are launching a total of three missions to explore Venus in the coming years. Perhaps then, we'll get a better idea.

READ MORE: Strange gas in Venus’s clouds may be a sign of volcanoes, not life [New Scientist]

More on Venus: Europe Is Also Sending a Spacecraft to Explore Venus, a Blazing Hellhole