NASA Is Officially Headed Back to Venus

"We’re revving up our planetary science program with intense exploration of a world that NASA hasn’t visited in over 30 years." 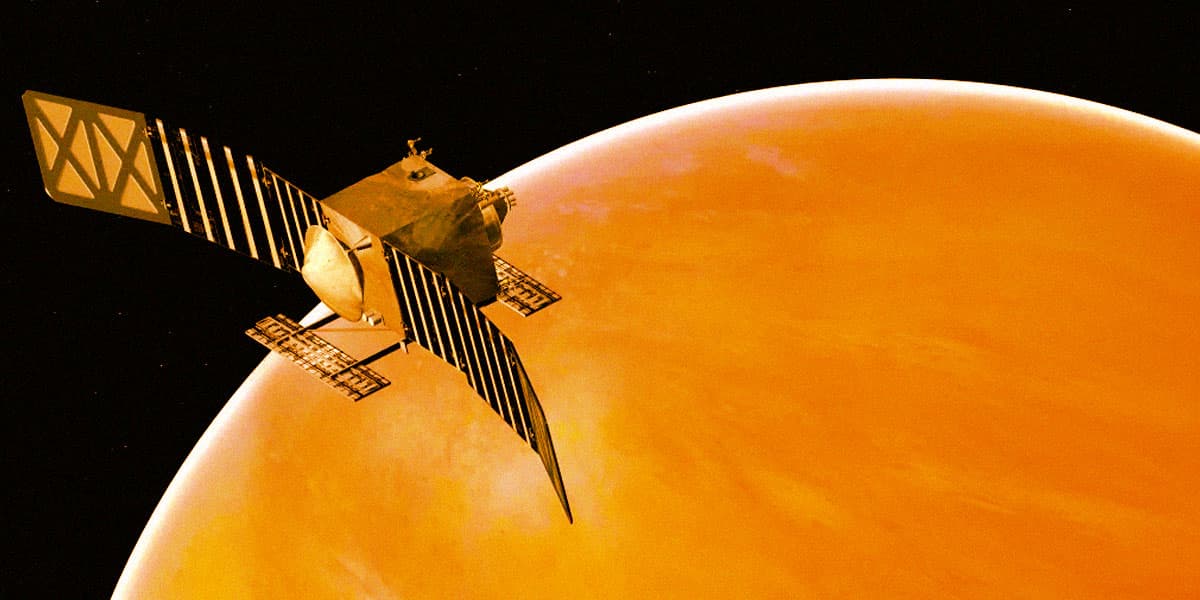 The goals of the missions, named DAVINCI+ (Deep Atmosphere Venus Investigation of Noble gases, Chemistry, and Imaging) and VERITAS (Venus Emissivity, Radio Science, InSAR, Topography, and Spectroscopy), are to gain a deeper understanding into how Venus turned into the hell hole it is today — despite sharing plenty of other qualities with Earth.

It's a watershed moment in space exploration, lifting the "Venus curse" after decades of languishing efforts to send spacecraft to our planetary neighbor, as Scientific American points out.

"We’re revving up our planetary science program with intense exploration of a world that NASA hasn’t visited in over 30 years," Thomas Zurbuchen, NASA’s associate administrator for science, said in an official statement.

DAVINCI+ will involve a spacecraft probing the composition of the Venusian atmosphere. A descent sphere will make its way through the planet's extremely thick atmosphere, measuring its chemical make up as it goes.

The planet's atmosphere has long fascinated researchers. The news comes after scientists discovered significant sources of phosphine in the atmosphere of Venus in September 2020. Phosphine is a colorless and odorless gas that they say is a possible sign of life inside Venus's clouds.

The DAVINCI+ probe will also take the first high resolution pictures of "tesserae," which are rough Venetian equivalent of Earth's continents, according to NASA.

VERITAS, the second mission selected by NASA, will attempt to both map the planet's surface to find out more about its geologic history, and map infrared emissions from its surface to figure out what it is made of.

"Using cutting-edge technologies that NASA has developed and refined over many years of missions and technology programs, we’re ushering in a new decade of Venus to understand how an Earth-like planet can become a hothouse," Zurbuchen said.

"Our goals are profound," he added. "It is not just understanding the evolution of planets and habitability in our own solar system, but extending beyond these boundaries to exoplanets, an exciting and emerging area of research for NASA."

More on Venus: Scientists Turn Radio Signal From Venus Into Audio You Can Listen to