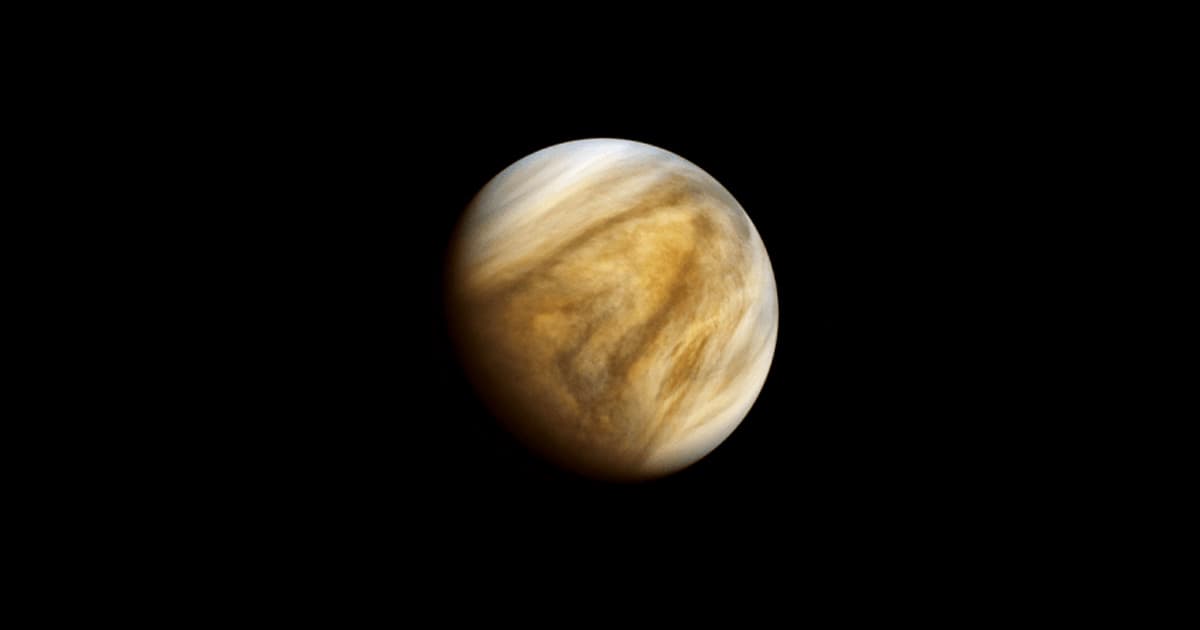 Venus Life Finding Might Be Based on a Data Mistake

Levels of phosphine, a potential sign of life, turned out to be way lower than we thought.

Levels of phosphine, a potential sign of life, turned out to be way lower than we thought.

In September, a team of scientists made a big splash when they claimed to have found possible signs of life in the atmosphere of Venus. They said they'd found traces of phosphine, a colorless gas that results from organic matter breaking down here on Earth.

But a recent reanalysis of the findings are calling that conclusion into question, as Nature reports. In fact, the exact same team that made the initial discovery has now found that part of its data may have included a processing error.

The team therefore concluded that the levels of phosphine aren't nearly as high as they initially thought, based on observations made using the the Atacama Large Millimeter/submillimeter Array (ALMA) in Chile.

The new analysis, based on data released by ALMA in mid November, concluded that average phosphine levels across the planet's atmosphere are only about one part per billion — a mere seventh of what the team originally reported in September, as Nature points out.

Cardiff University astronomer Jane Greaves, who led the research, is now suggesting that levels of phosphine may vary significantly across the Venusian atmosphere, and could also peak and subside over time as well.

To conclude that life exists on Venus, the team has to first confirm once and for all that phosphine is present in the planet's atmosphere — and the best way to do just that, they say, is to send another probe.

Even if we did rule out phosphine, though, scientists are eager to get there.

"There are 1,001 reasons to go back to Venus, and if the phosphine ‘goes away’ through further observations and analysis, there will still be 1,000 reasons to go," David Grinspoon, an astrobiologist at the Planetary Science Institute who was not involved in the research, told Nature.

READ MORE: Prospects for life on Venus fade — but aren’t dead yet [Nature]

More on Venus: Researchers: Claim of Life Molecules on Venus May Have Been an Error