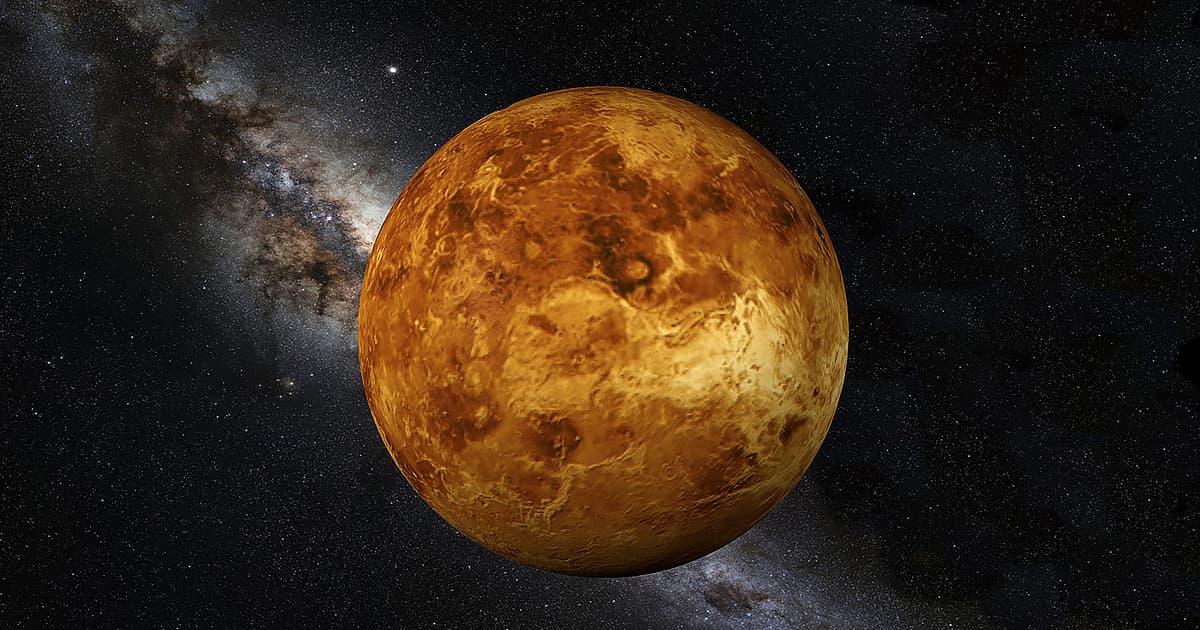 Researchers: Claim of Life Molecules on Venus May Have Been an Error

A team of Harvard-Smithsonian researchers has some disappointing news.

A team of Harvard-Smithsonian researchers has some disappointing news.

After last month's landmark discovery that there's phosphine gas — a potential sign of life — in the clouds of Venus, a separate team of scientists now has more sobering news.

A followup analysis on data from 2015 didn't find any phosphine at all, according to New Scientist. The scientists behind the study say that it doesn't necessarily discredit the phosphine discovery, mind you, but it does illustrate how speculative our understanding of a Venusian biosphere will be until we can actually investigate firsthand.

Scientists at the Harvard-Smithsonian Center for Astrophysics scanned Venus for signs of phosphine as low as five parts per billion and still found nothing, according to the preprint research they shared online on Monday. But variations in phosphine could actually be more evidence that the gas is a byproduct of biological life, they said.

"If the phosphine came from life, we would expect enormous local variability," study author Clara Sousa-Silva, who also contributed to the original phosphine study, told New Scientist. "On Earth, where it does come from living organisms, it's extremely variable. In most of the atmosphere, there's almost none of it, but above the places where it’s being created, there's much more."

Sousa-Silva reiterated that there could be phosphine and even life on Venus hiding under the radar, but we'll need to change our approach to finding it. But it's also possible that the original discovery was just some error.

"This isn't a big gotcha," she told New Scientist. "It's really interesting and it tells us a lot about what we have to do for future work."

READ MORE: Venus might not have signs of life after all, say astronomers [New Scientist]