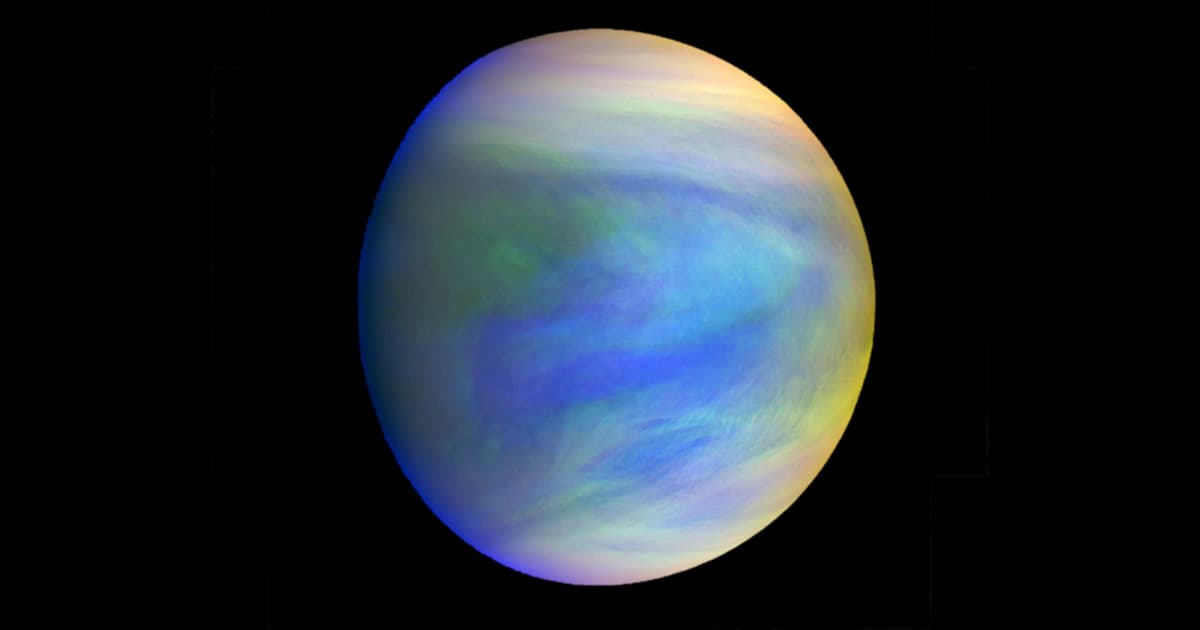 Scientists Speculate About How Life on Venus Could Have Begun

Venus is a hellscape — but it might not have always been.

Venus is a hellscape — but it might not have always been.

A week after scientists found evidence of chemicals in Venus' atmosphere which, they say, could point to life in the planet's atmosphere, their colleagues have some guesses as to where those theoretical extraterrestrials could have come from.

In an essay published in The Conversation, two University of New South Wales Sydney researchers suggest that any aliens would have originated back when Venus was a very different planet from the utter hellscape that we know it as today. The work is all speculative, but it could make sense of last week's unusual discovery — or even help guide future attempts to find extraterrestrials.

Because Venus has such famously harsh conditions, ranging from furnace-like temperature to toxic clouds that rain down sulfuric acid, scientists have previously speculated that any Venusian life would likely float above all the dangers in upper levels of the atmosphere.

But it's difficult to imagine life beginning in the clouds, the UNSW duo argues. Rather, they cite models that Venus used to be more Earthlike, with a milder climate and liquid water on the surface, to argue that life may have originated during a gentler era and found a way to adapt to a harsher reality.

Otherwise, they suggest that life on Venus could, if it exists, actually be our distant cousins.

If a meteorite had the exact right course, it could have smacked into Earth and sent some microbe-covered debris out into space where it eventually ended up on Venus or in its atmosphere — a hypothesis about the origin of life known as panspermia.

READ MORE: If there is life on Venus, how could it have got there? Origin of life experts explain [The Conversation]