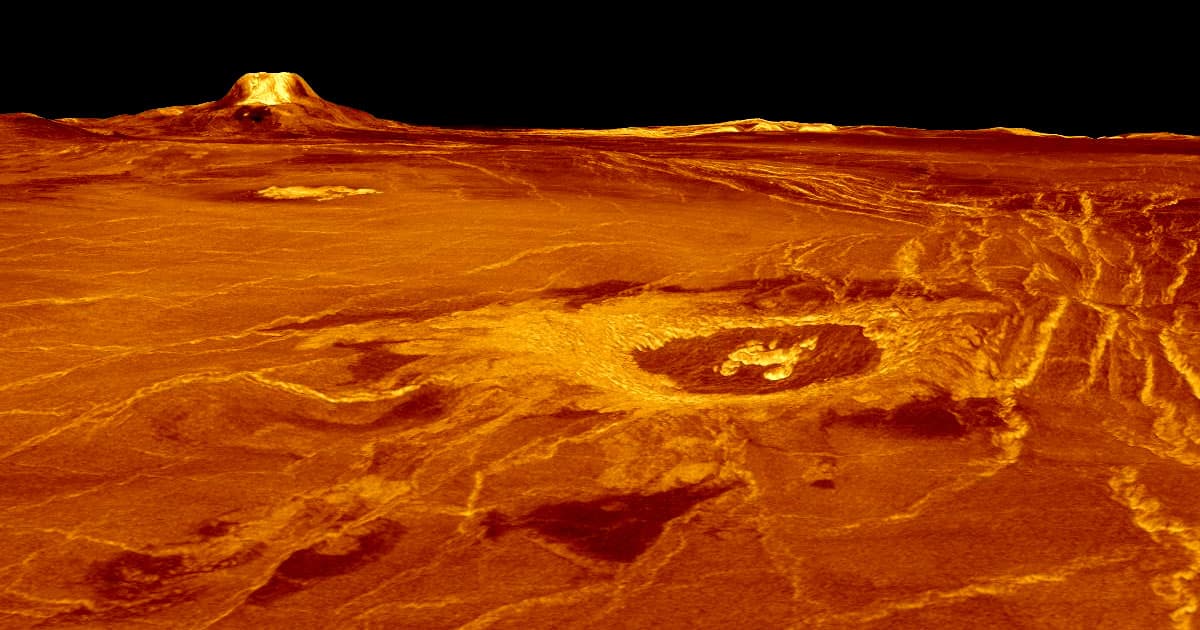 MIT Scientists Suggest Life Could Thrive in the Clouds of Venus

If they exist, these Venusian microbes would have an extremely brutal life cycle.

If they exist, these Venusian microbes would have an extremely brutal life cycle.

A team of MIT scientists has proposed an outlandish idea: that the sulfur-rich clouds of Venus could be teeming with microbial life.

It's not a new idea — As Air & Space Magazine reports, Carl Sagan first floated the hypothesis more than 50 years ago. But MIT planetary scientist Sara Seager and her team have new ideas about how these microbes might survive, lending new credibility to the speculation that life could have persisted for millions of years on perhaps the most hellish planet in the solar system.

In theory, microbes could make use of Venus' sulfur clouds by converting them into compounds that protect the organisms from harsh UV rays and others that enable them to photosynthesize. But the main challenge would be keeping aloft: If the microbes fall into a lower level of the atmosphere, they would be incinerated.

While Seager conceded in her research, published last week in the journal Astrobiology, that her ideas are entirely speculative, she suggests the microbes could cycle upward and downward like the blobs in a lava lamp.

Basically, the research suggests, microbes could survive in upper layers of the atmosphere, where they remain active and rapidly reproduce to maintain population levels. When they inevitably drop downward, they would fall into dormancy. Some would be incinerated, but others would then be carried back upward by turbulent updrafts and spring back to life.

Again, this is all hypothetical— but with a growing interest in launching a mission to the clouds of Venus, scientists may be able to soon search for life there directly.