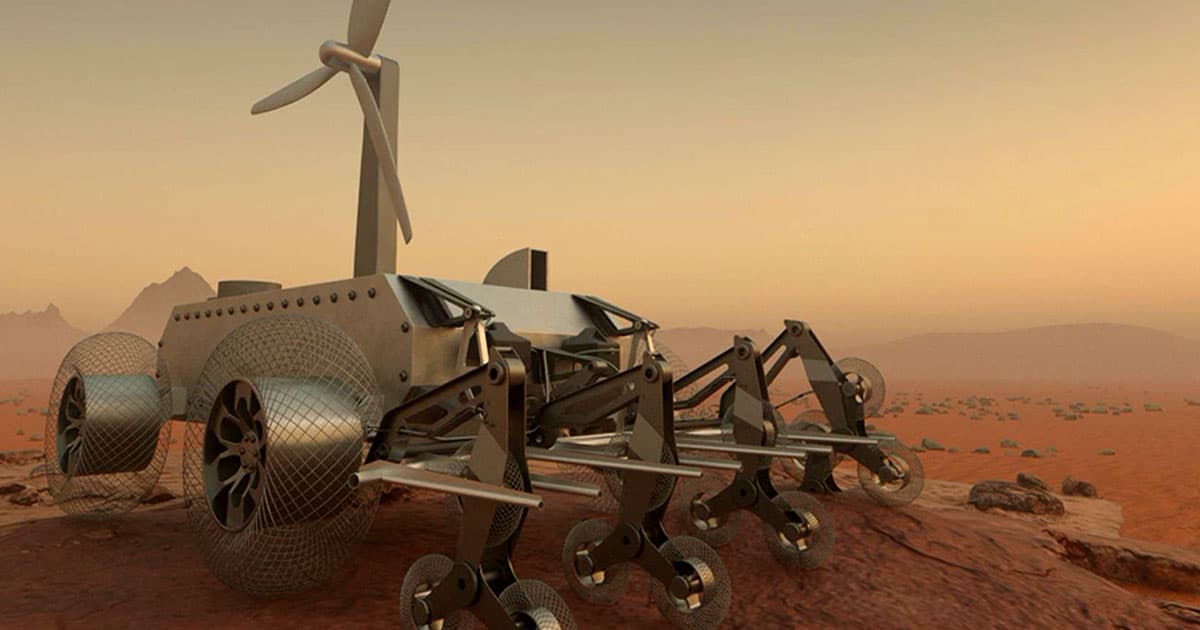 The winning design looks like something out of "BattleBots."

The winning design looks like something out of "BattleBots."

The submissions were surprisingly on-brand: Some had hellish names like "DEMoN Fire Sensor" and "SPIDER," Popular Mechanics reports. But jokes aside, the name of the contest is a fair description of what these rovers would need to survive. No spacecraft has survived longer than 50 minutes on the Venus, which is the hottest planet in the solar system and is blanketed by sulfuric acid storm clouds.

As such, the first-place design looks more like a "BattleBots" contestant than a typical NASA rover. "Venus Feelers," as it's called, was designed by an Egyptian architect named Youssef Ghali. The robot is powered by a small, back-mounted windmill and has four "feeler" arms of tiny wheels that detect obstacles so the rover doesn't get stuck as it trudges along.

An accompanying video shows how those tiny wheels can spot large rocks, deep pits, or cliff edges, which alerts the rover that it should find a different path.

The rovers sport contraptions like giant mesh-covered wheels, bumpers, or long and spindly legs that could help them avoid obstacles on the surface of Venus. Surviving the planet's acid rains may be a challenge for another day, but for now NASA is happy with the designs it received.

"The response from the community was incredible and better than I ever dreamed," project manager Jonathan Sauder said in a press release.