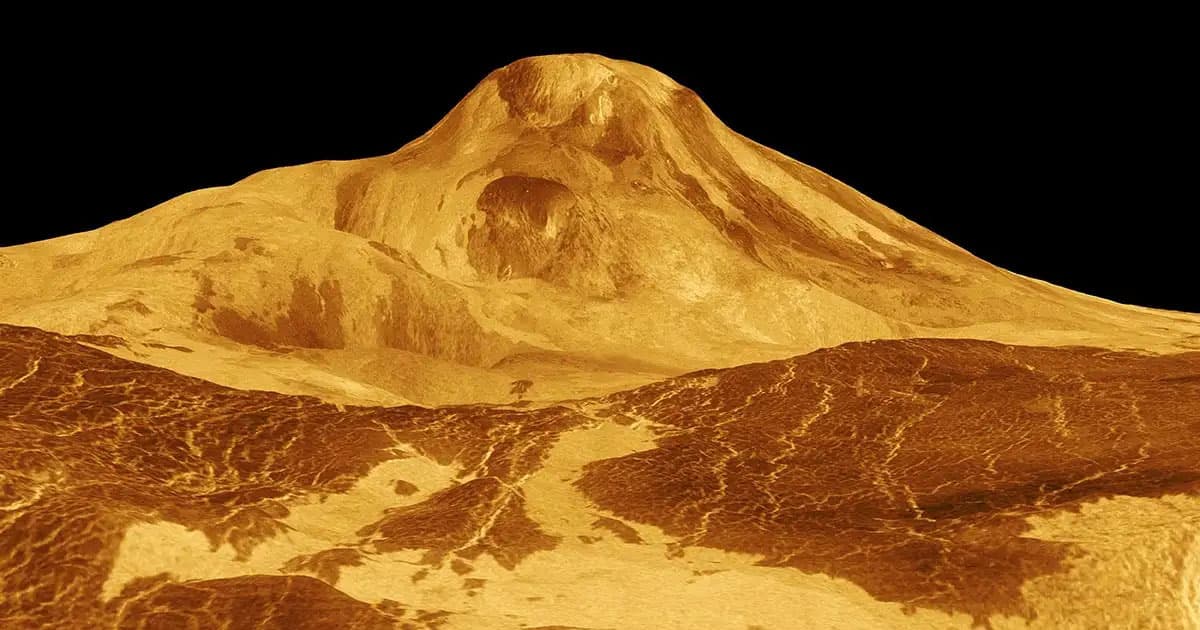 The surface of Venus is covered in hundred-meter volcanic mountains made of crystals, and scientists think they finally figured out how they formed.

The crystals, which form as mushy liquid deep underground and get squeezed through the surface, resemble tiny crystalline structures found here on Earth in Cyprus, New Scientist reports. Scientists from the University of Edinburgh suspect that these crystals are able to reach the surface and form mountains as the result of tectonic activity, and they hope that future missions to our planetary neighbor will be able to investigate further.

The idea is that the crystals form underground through the same process as lava, except it ends up being thicker and mushier. So when a volcano erupts, the crystals get left behind in large deposits that accumulate and eventually press out through the surface, according to research published in the journal Icarus — like a magnificent, sparkly pimple.

While magma flows away, the crystals stick together to form tall, steep structures on the planet's surface.

"If you poured olive oil onto the table it would just flow away and run all over the table and you’d still have a flat surface," Edinburgh researcher Geoffrey Bromily told New Scientist, illustrating the differences between the volcanoes. "If you poured something a lot thicker, like peanut butter, that would stay there and form a dome on the table."

READ MORE: Strange volcanic domes on Venus may be made from hot crystal mush [New Scientist]

Space Lumps
Scientists Say We May Be Extremely Wrong About the Universe
Apr 28
Read More
Into Darkness
Inside NASA's Bold Proposal to Probe the Mysteries of Dark Matter
Mar 11
Read More
Life on Venus
MIT Scientists Say Life May Have Been Detected on Venus After All
12. 21. 21
Read More
+Social+Newsletter
TopicsAbout UsContact Us
Copyright ©, Camden Media Inc All Rights Reserved. See our User Agreement, Privacy Policy and Data Use Policy. The material on this site may not be reproduced, distributed, transmitted, cached or otherwise used, except with prior written permission of Futurism. Fonts by Typekit and Monotype.