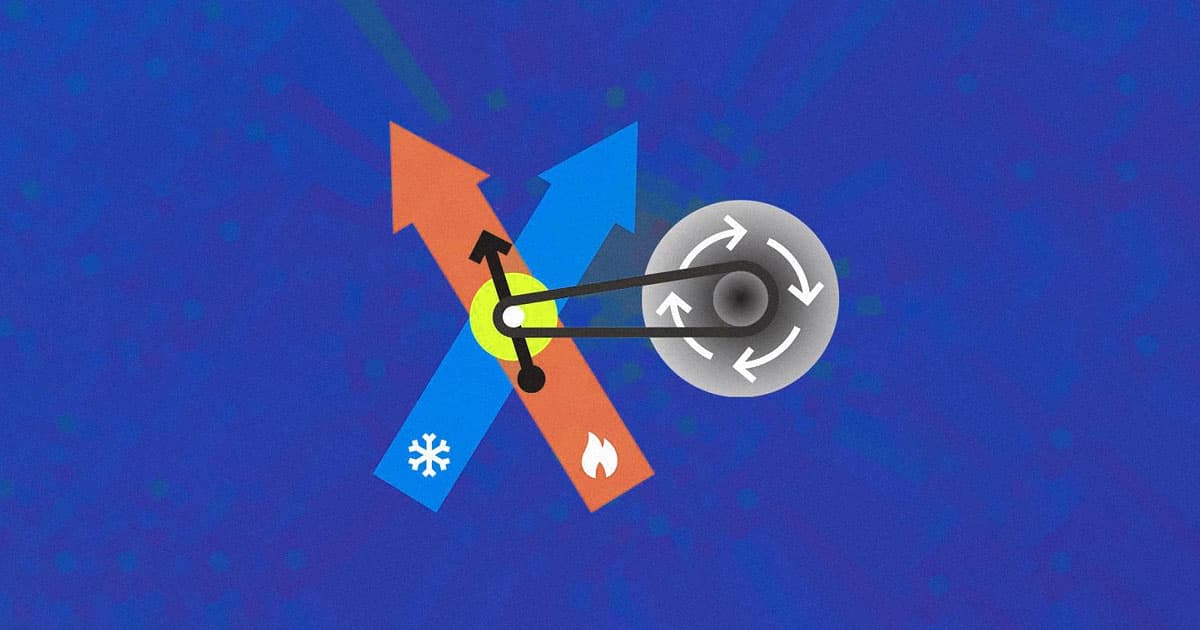 It's not like the one in your car, but a team of physicists at Trinity College Dublin have built what they claim is the world's smallest engine. The engine is the size of a single calcium ion — about ten billion times smaller than an automobile engine.

Rather than powering your next road trip, the atomic engine could one day be used to lay the foundation for extraordinary, futuristic nanotechnologies.

Here's how it works: the calcium ion holds an electrical charge, which makes it spin. This angular momentum is then used to convert heat from a laser beam into vibrations.

In turn, these vibrations act like a "flywheel" — a mechanical device that is able to store rotational energy.

"The flywheel allows us to actually measure the power output of an atomic-scale motor, resolving single [quantum-scale unit] of energy, for the first time," Mark Mitchison, co-author of the article published in the journal Physical Review Letters today, said in a statement.

A similar calcium ion engine was put together by a team of German physicists in 2014 — a machine that uses only a single atom to run.

Spin Me Right Round Baby
Scientists Are Investigating If Time Warps Near a Nuclear Reactor
2. 5. 21
Read More
New Device Lets Scientists Explore Physics Near Absolute Zero
12. 28. 17
Read More
Scientists Demonstrate One of the Largest Quantum Simulators yet, With 51 Atoms
12. 23. 17
Read More
+Social+Newsletter
TopicsAbout UsContact Us
Copyright ©, Camden Media Inc All Rights Reserved. See our User Agreement, Privacy Policy and Data Use Policy. The material on this site may not be reproduced, distributed, transmitted, cached or otherwise used, except with prior written permission of Futurism. Articles may contain affiliate links which enable us to share in the revenue of any purchases made.
Fonts by Typekit and Monotype.