Be excited, even if it's not Star Trek. 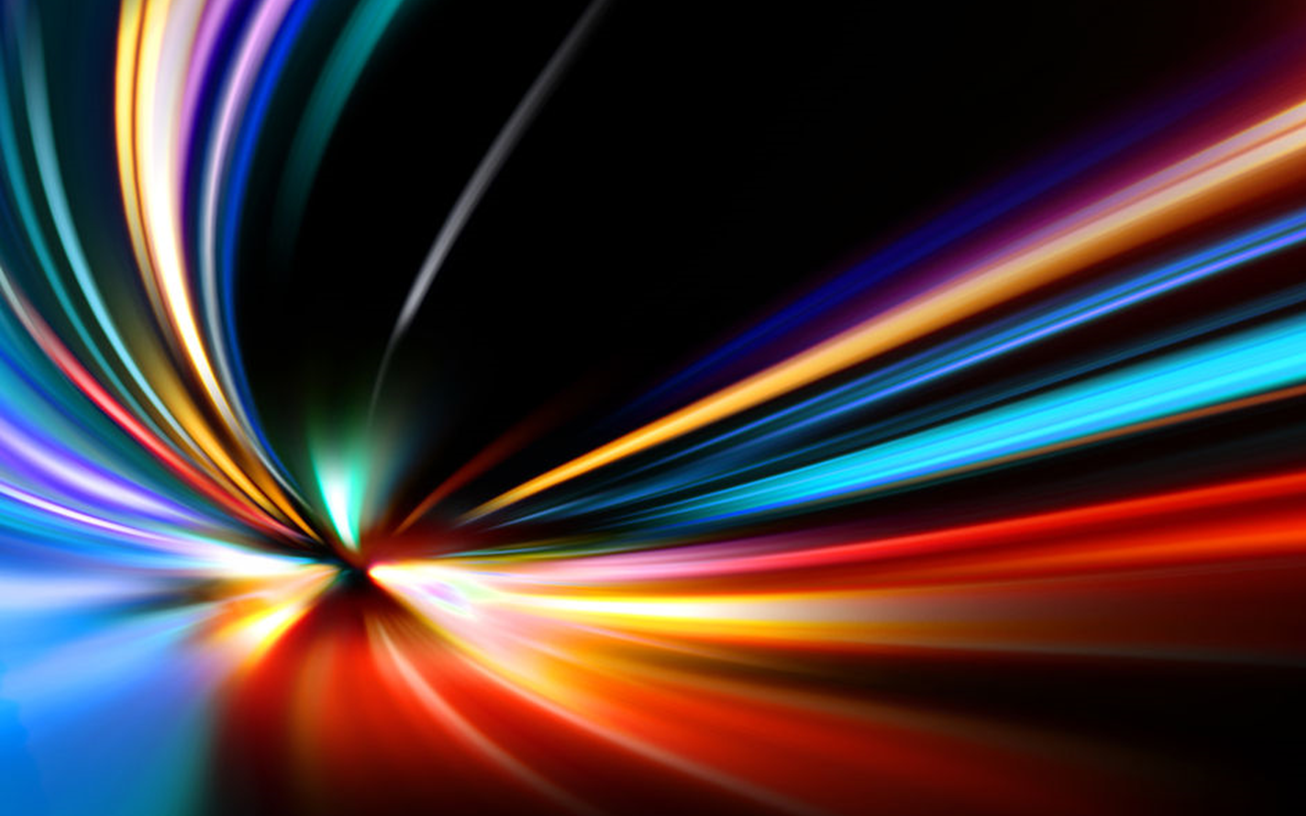 No Beaming Up, Yet

Simply put, quantum teleportation is a process of transferring quantum information from one particle to another without the actual particles meeting. It involves a principle called entanglement, where the quantum state of one particle can be instantly shared by another regardless of distance.

Here's how quantum teleportation works. Imagine, if you will, three people — Alice, Bob and Charlie. Alice wants to send information to Bob. In order to do so, she prepares a photon she wants to teleport and sends it to Charlie, while Bob entangles two photons and sends one of them to Charlie. When Charlie receives the two photons — one each from Alice and Bob — he carries out what's known as a Bell-state measurement, which actually forces the two to become entangled. This, in turn, causes the photon Bob has to collapse into the state of Alice's original photon, thereby teleporting quantum states between Alice and Bob, who can, in theory, be separated by a distance of miles.

Scientists have been playing around with the concept and testing it out in labs. In 1997, teleportation was tried at an 800-meter distance between two particles in the same lab. Then in 2012, the record was set at over 143 kilometers (88.8 miles), when the teleportation happened between two particles in two separate locations in the Canary Islands.

Since then, the possibility of conducting secure quantum teleportation in relatively uncontrolled areas has been explored, until quite recently when it was deemed possible.

The Calgary team managed to send photons over a distance of about 6.4 km (4 miles), at a fast rate of 17 photons per minute. The Hefei team, on the other hand, teleported photons at a slower rate, but over a 14-km (9-mile) stretch. The Hefei team also batted a 50% average in correctly determining the photon state of the particles after teleportation, due to an added, time-consuming step in the process. The Canadians scored about 25%.

Researcher Wolfgang Tittel at the University of Calgary in Alberta, Canada believes that their setup could be more useful in enabling quantum communication between cities using a quantum repeater. Jian-Wei Pan at the University of Science and Technology of China, researcher from the Hefei team, believe that what is needed is just a central quantum computer to make urban quantum teleportation work.

Both tests, undoubtedly, are achievements. Johannes Kofler at the Max Planck Institute of Quantum Optics in Munich notes that these "experiments can be seen as milestones on the path to a long-term goal, namely to build a fibre-based quantum internet connecting large cities.”

Quantum teleportation may also prove useful for a more secure data encryption. With entanglement, there would be no way for an outsider to read data moving along these quantum teleportation lanes. The findings of both teams were published in the journal Nature Photonics.

Read This Next
Futurism
The US Air Force Has a New Chip to Foster Secure Communications
Futurism
Scientists Just Teleported a Photon from Earth to Orbit for the First Time
Futurism
Teleportation Could Be Possible Using Quantum Physics
Futurism
Unbreakable Encryption: Work Has Begun on the World's First Quantum Enigma Machine
Futurism
Research Shows That Our Brains Are Ready for Teleportation
More on Hard Science
Total Drama Island
Sep 28 on the byte
Journal Retracts Study on Room Temperature Superconductors
Tell Us How You R...
Sep 27 on the byte
Former Particle Physicist Absolutely Annihilates the Field of Particle Physics
Long Live
Sep 25 on futurism
Giving Baby Mice This Drug Makes Them Live 10 Percent Longer
READ MORE STORIES ABOUT / Hard Science
Keep up.
Subscribe to our daily newsletter to keep in touch with the subjects shaping our future.
+Social+Newsletter
TopicsAbout UsContact Us
Copyright ©, Camden Media Inc All Rights Reserved. See our User Agreement, Privacy Policy and Data Use Policy. The material on this site may not be reproduced, distributed, transmitted, cached or otherwise used, except with prior written permission of Futurism. Articles may contain affiliate links which enable us to share in the revenue of any purchases made.
Fonts by Typekit and Monotype.