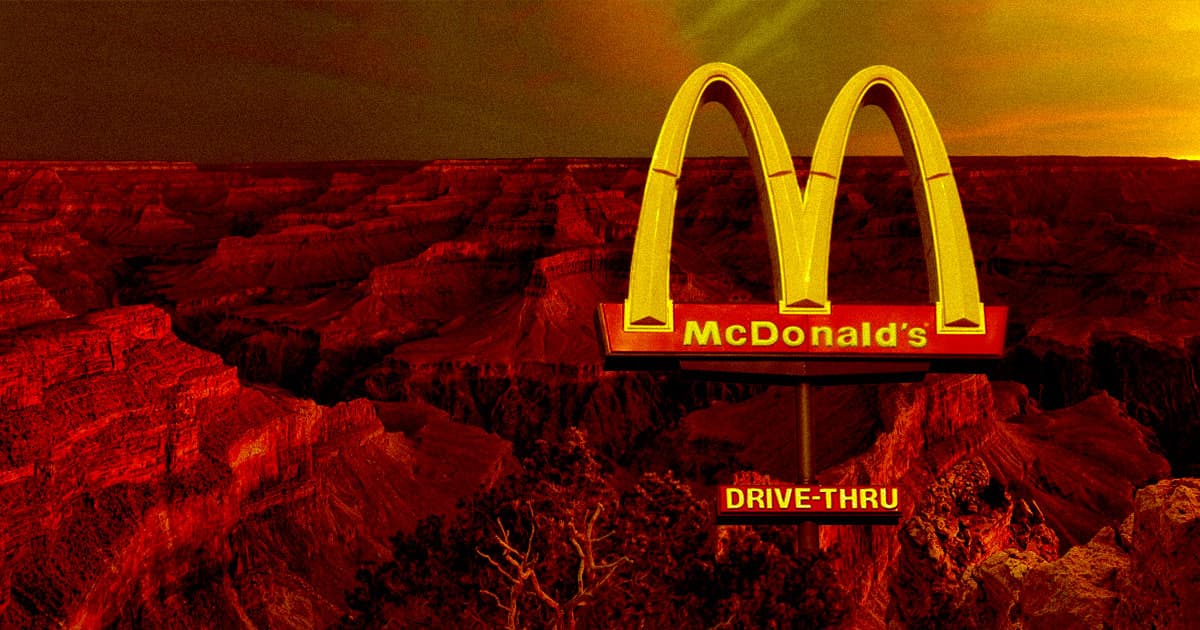 “We want to let Americans make their own decisions in the marketplace.”

“We want to let Americans make their own decisions in the marketplace.”

If the current administration has its way, your next outdoor camping experience at Yellowstone could include things like WiFi connectivity and Amazon deliveries.

It's a troubling instance of a much larger attempt to privatize a large number of public services by the White House, including the U.S. Postal Service and even public education.

Heritage on the Line

The advisors' proposal was summarized in a public letter to the Interior Department.

"Our recommendations would allow people to opt for additional costs if they want, for example, Amazon deliveries at a particular campsite," Derrick Crandall, vice-chairman of an outdoor recreation advisory committee, told the Los Angeles Times. “We want to let Americans make their own decisions in the marketplace."

But critics argue that it could threaten the sanctity of national parks and give too much control to private industry players.

"America’s outdoor heritage is on the line," Jayson O’Neill, deputy director of the Western Values Project, a nonprofit public lands group, told the LA Times. "The trouble with these recommendations is that they were written by concessionaire industry representatives vying for more control of national parks."

States Sue to Stop Trump's EPA From Stripping Vehicle Emissions Rules
5. 2. 18
Read More
US Absent From Global Meeting on Ocean Health. That's Bad News for the Planet
3. 12. 18
Read More
Trump's New Tax on Imported Solar Cells Could Start "Trade War"
1. 23. 18
Read More
+Social+Newsletter
TopicsAbout UsContact Us
Copyright ©, Camden Media Inc All Rights Reserved. See our User Agreement, Privacy Policy and Data Use Policy. The material on this site may not be reproduced, distributed, transmitted, cached or otherwise used, except with prior written permission of Futurism. Fonts by Typekit and Monotype.