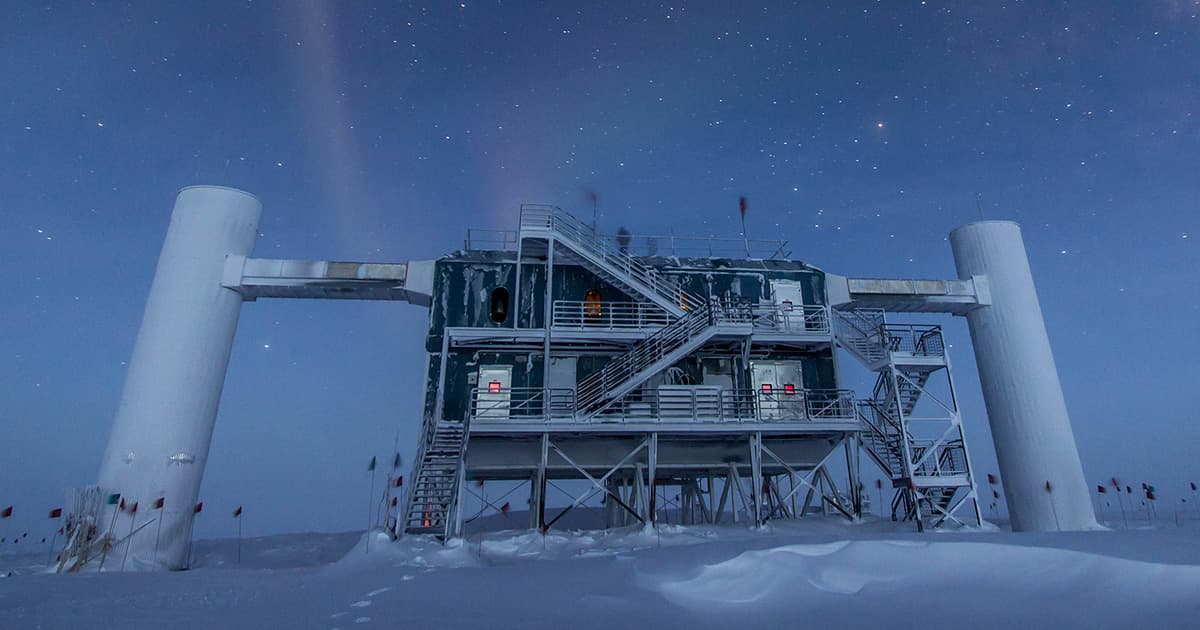 Scientists have now confirmed that an unusually powerful particle of antimatter crashed down into Antarctica back in December 2016.

The collision seems to have triggered a subatomic cascade effect called Glashow resonance, Live Science reports, which is a theoretical phenomenon that requires more energy to set off than even the most powerful particle accelerators can provide. Scientists didn't expect to see tangible evidence of Glashow resonance, but now that they have it helps further confirm the Standard Model of subatomic physics.

It took over four years for researchers affiliated with the IceCube Neutrino Observatory in Antarctica to confirm the Glashow resonance, according to the study, published Wednesday in the journal Nature.

But that's nothing compared to how long scientists have been waiting to spot the bizarre phenomenon. Live Science notes that Stephen Glashow first came up with the notion of the subatomic cascade back in 1960 and that it's been a matter of pure theory that whole time.

The actual cascade of Glashow resonance involves an antineutrino — or even a regular neutrino — crashing into an electron with so much energy that it produces a comparatively-large particle called a W boson.

Doing this requires the extremely-tiny antineutrino to carry 6.3 petaelectronvolts, or the amount of energy of 6.3 quadrillion electrons accelerated by a single volt. That's the same, Live Science calculated, as 6,300 mosquitos traveling at one mile per hour — or one mosquito traveling 8.2 times the speed of sound.

That's 450 times the energy that the Large Hadron Collider is expected to produce after it's done being upgrade, Live Science reports, meaning scientists are left waiting for these bizarre, rare phenomena to happen on their own in nature.

More on the IceCube Neutrino Observatory: We Finally Know Where Those Mysterious Subatomic Particles Are Coming From

Positron Electron
Neutron Star's "Halo" Could Help Solve Antimatter Mystery
12. 20. 19
Read More
Atom Smash!
Vast New Particle Accelerator Would Dwarf Large Hadron Collider
1. 15. 19
Read More
Nap Time
The Large Hadron Collider Just Shut Down
12. 4. 18
Read More
+Social+Newsletter
TopicsAbout UsContact Us
Copyright ©, Camden Media Inc All Rights Reserved. See our User Agreement, Privacy Policy and Data Use Policy. The material on this site may not be reproduced, distributed, transmitted, cached or otherwise used, except with prior written permission of Futurism. Articles may contain affiliate links which enable us to share in the revenue of any purchases made.
Fonts by Typekit and Monotype.