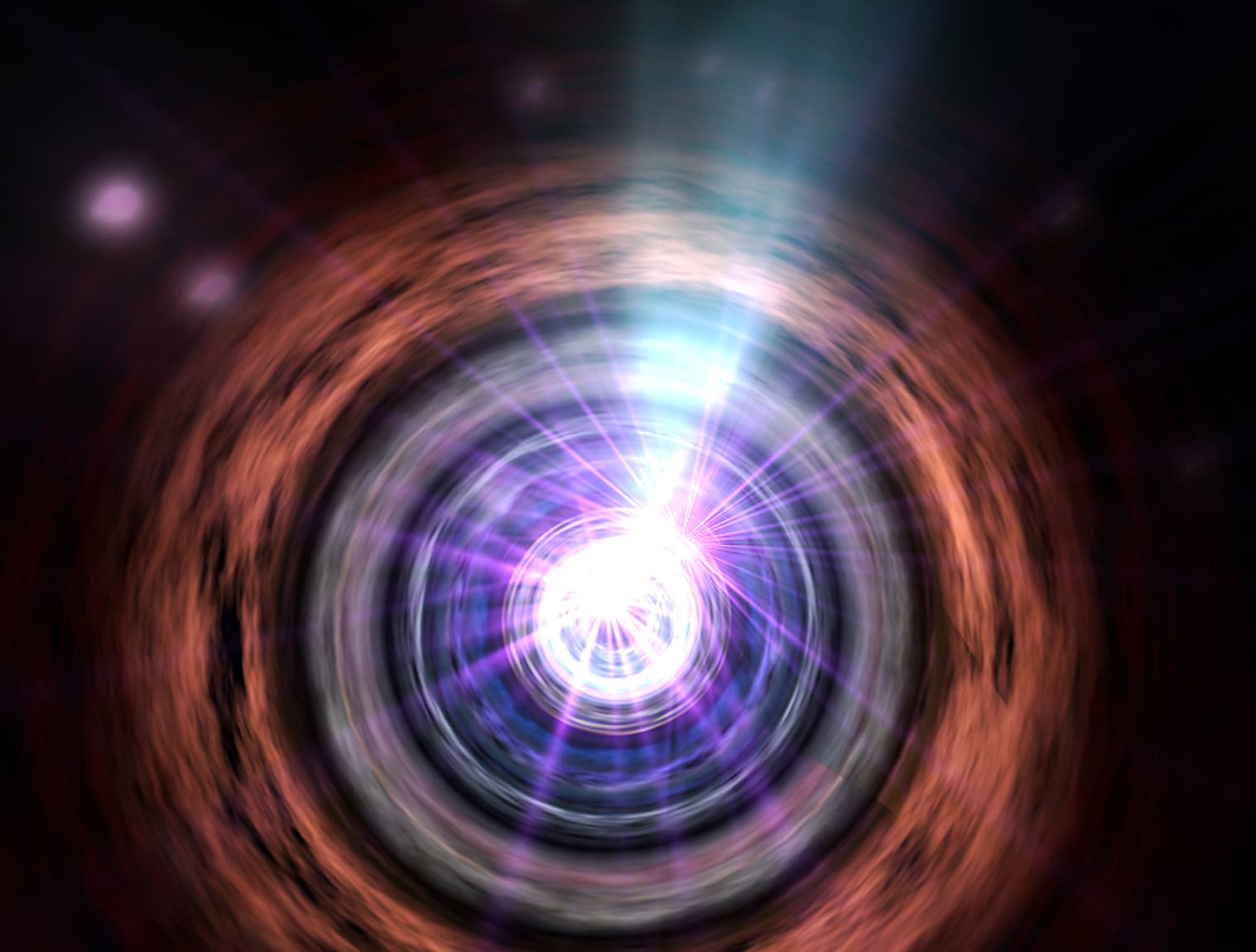 The Digest: We Finally Know Where Those Mysterious Subatomic Particles Are Coming From

Scientists team up to track down the source of high-energy neutrinos.

Scientists team up to track down the source of high-energy neutrinos.

"THE GHOST PARTICLE." On the list of weird cosmic phenomenon, neutrinos rank pretty high. These subatomic particles have no electrical charge and almost no mass. They're practically everywhere, and they pass through almost everything — in fact, 100 trillion pass through your body every second.

Scientists first started theorizing about neutrinos in the 1930s, and by 1956, they confirmed their existence. Since then, we've pinpointed two sources for neutrinos — the Sun and the supernova 1987A. However, in 2013, researchers discovered a new type of neutrino known as a high-energy neutrino, and no one had been able to identify a source for those — until now.

A TEAM EFFORT. On September 22, researchers announced that the IceCube Neutrino Observatory at the South Pole had detected a high-energy neutrino emanating from one area in space. Following that announcement, roughly 20 other observatories quickly swung into action, setting their sights on the position identified by the IceCube researchers.

Now, after months of observation, those groups have collectively determined the precise source of the high-energy neutrino: TXS 0506+056, a blazar located about 4 billion light-years from Earth (a blazar is a type of elliptical galaxy with a rapidly spinning black hole at its center).

The researchers detail this discovery in a trio of papers published July 12, one in the journal The Astrophysical Journal Letters and the other two in Science.

HIGH-ENERGY NEUTRINOS. By identifying the source of a high-energy neutrino, these researchers may be ushering in an entirely new era in astronomy.

"We're beginning to do astronomy using means other than light, combining electromagnetic (light) observations with other measurements in what we now call multimessenger astronomy," Marcos Santander, co-author of one of the Science papers, said in a press release. "This is the first evidence that we have of an active galaxy emitting neutrinos, which means we may soon start observing the universe using neutrinos to learn more about these objects in ways that would be impossible with light alone."

The identification of TXS 0506+056 as the source of the high-energy neutrino is also a shining example of what can happen when scientists work together: they can make discoveries with the potential to change how we explore our universe.

READ MORE: A Blazar Is a Source of High-Energy Neutrinos [EurekAlert]

MORE ON NEUTRINOS: Why Do We Want To Find Neutrinos, Anyway?

Why Do We Want To Find Neutrinos, Anyway?
2. 27. 18
Read More
Beyond Physics: New Research is Revealing the Fundamental Nature of Subatomic Particles
1. 31. 17
Read More
MIT Experiment Proves Quantum Mechanics Still in Effect at Over 400-Miles
7. 25. 16
Read More
+Social+Newsletter
TopicsAbout UsContact Us
Copyright ©, Camden Media Inc All Rights Reserved. See our User Agreement, Privacy Policy and Data Use Policy. The material on this site may not be reproduced, distributed, transmitted, cached or otherwise used, except with prior written permission of Futurism. Articles may contain affiliate links which enable us to share in the revenue of any purchases made.
Fonts by Typekit and Monotype.