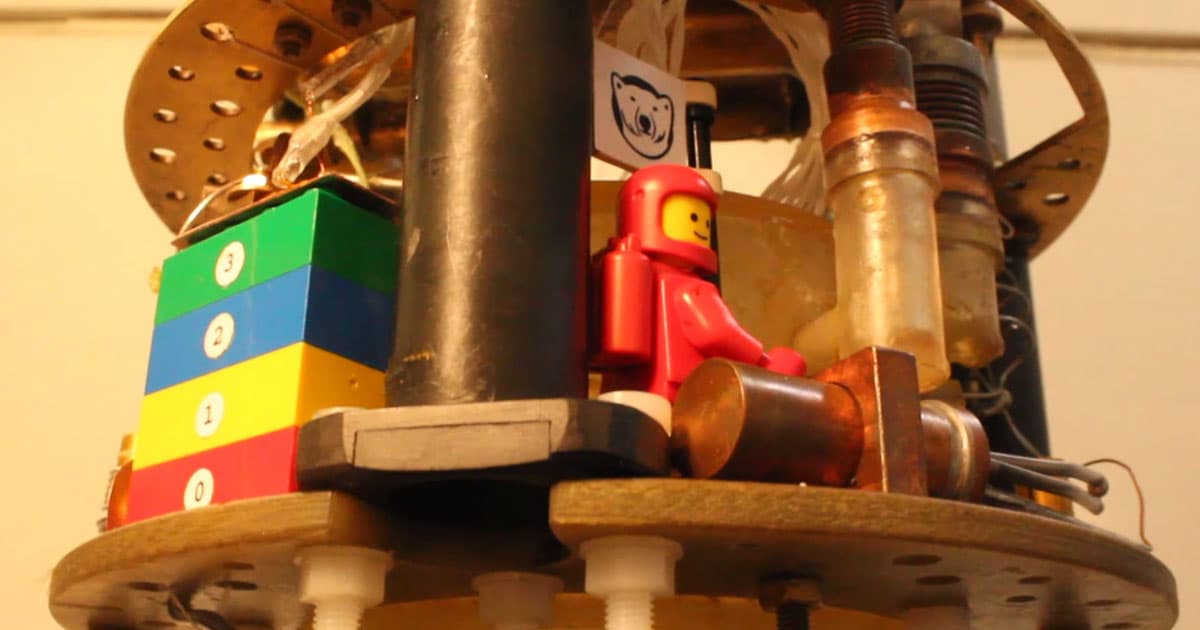 The bricks could replace the much more expensive materials currently used to build scientific equipment.

The bricks could replace the much more expensive materials currently used to build scientific equipment.

A team of physicists at Lancaster University in the United Kingdom recently cooled a handful of LEGO bricks to a couple of millidegrees above absolute zero, which is -273.15 degrees Celsius (-459.67 degrees Fahrenheit).

They found that, thanks to their special shape and composition, the plastic toy bricks were excellent insulators — and could even be helpful in the development of quantum computers in the future.

In their study, which was published in the journal Scientific Reports on Monday, the researchers detail how they cooled the LEGO bricks in a dilution refrigerator, a type of machine that's played a very important role in a number of scientific research areas, including the development of quantum computers.

Based on their results, the team thinks LEGO bricks — or at least their design and the kind of plastic used to make them — could actually replace the solid and much more expensive materials currently used to build dilution refrigerators.

"Our results are significant because we found that the clamping arrangement between the LEGO blocks causes the LEGO structures to behave as an extremely good thermal insulator at cryogenic temperatures," lead researcher Dimitry Zmeev said in a statement. "This is very desirable for construction materials used for the design of future scientific equipment like dilution refrigerators."

READ MORE: The coolest LEGO ® in the Universe [Lancaster University]

More on LEGO: This LEGO Robot Is the Fun Way to Teach Your Kids About Coding and STEM