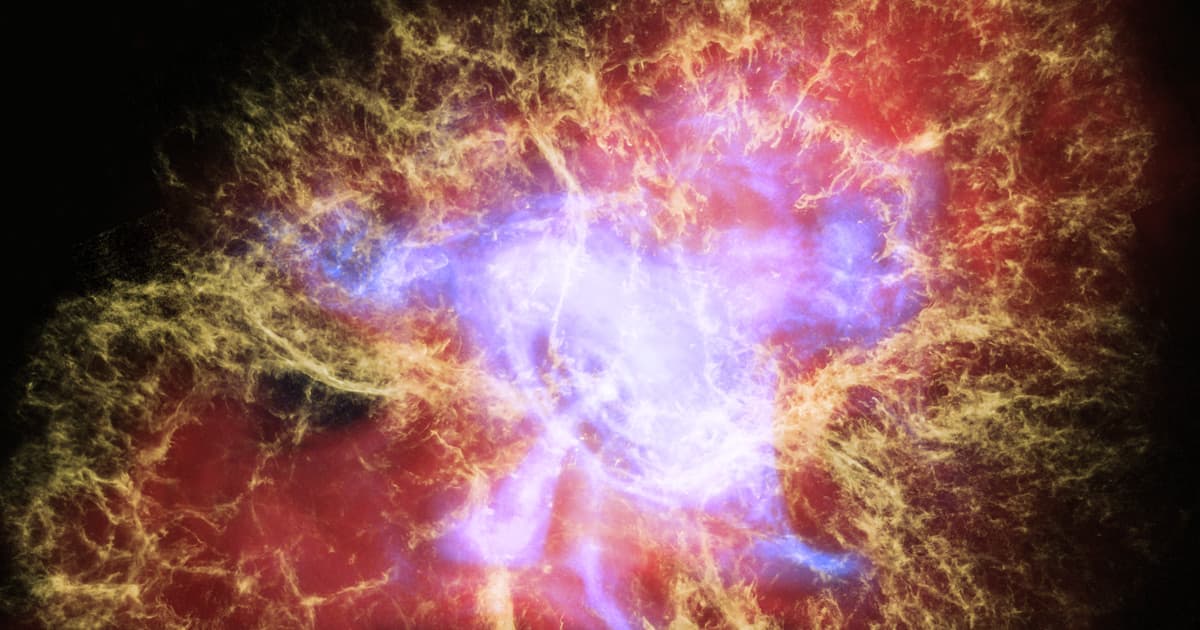 Check Out the 3D Wreckage From This Exploded Star

A team of astronomers from the Space Telescope Science Institute (STScI), Caltech and Harvard have combined data from three different NASA observatories — the Chandra X-ray Observatory as well as the Hubble and Spitzer space telescopes — to create a 3-D visualization of the Crab Nebula, the remains of a star that exploded in a supernova thousands of light years away.

The team is hoping their visualization could help scientists understand the structures of similar celestial objects found elsewhere in the known universe — plus it just looks amazing.

The scientists put together a video showcasing the complex interior structures of the Crab Nebula, combining data collected by NASA's observatories at different wavelengths, including X-ray, infrared, and visible light.

The video shows the pulsar, a highly energetic neutron star, at the core of the Crab Nebula, along with its disk of energized material. Surrounding it is a massive cloud of charged particles, best seen in infrared light, which itself is enveloped in clouds of oxygen and sulphur gas.

"Seeing two-dimensional images of an object, especially of a complex structure like the Crab Nebula, doesn't give you a good idea of its three-dimensional nature," STScI visualization scientist Frank Summer, team lead, said in a statement.

"With this scientific interpretation, we want to help people understand the Crab Nebula's nested and interconnected geometry," Summer added. "The interplay of the multiwavelength observations illuminate all of these structures."

More on the Crab Nebula: Crab Nebula Has Hit Earth with Highest-Energy Light Ever Recorded