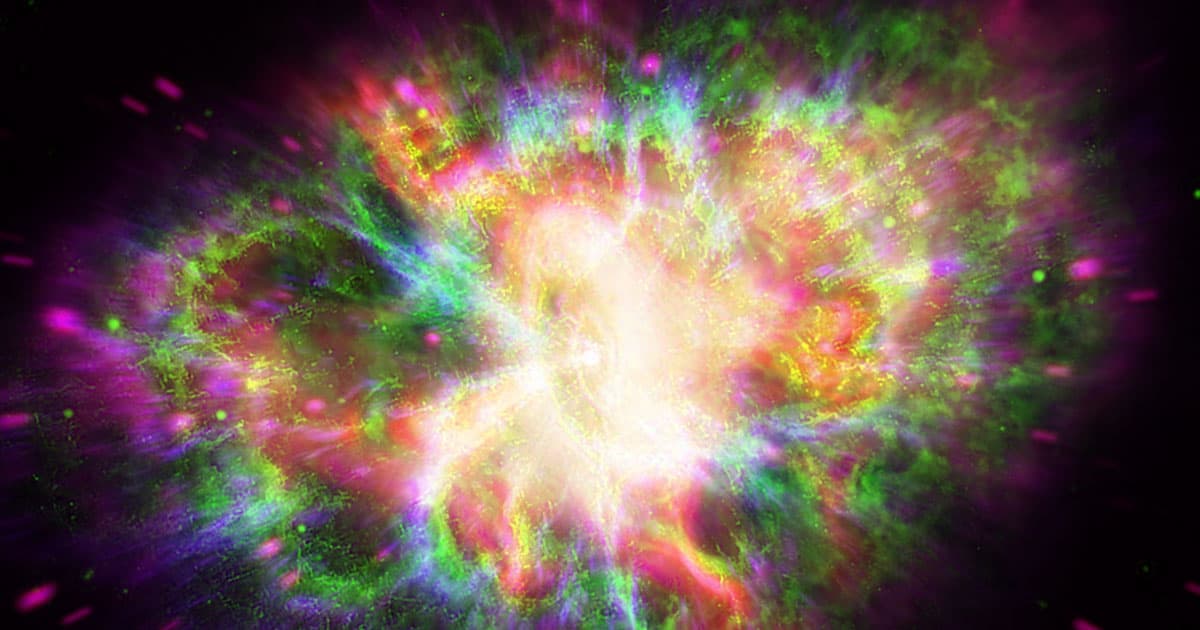 Crab Nebula Has Hit Earth with Highest-Energy Light Ever Recorded

The Tibet Air Shower Array is located about five kilometers (3.1 miles) above sea level, and this high altitude makes it an ideal spot to gather data on the subatomic particles that shower the Earth after high-energy cosmic rays blast the planet's atmosphere.

Now, researchers are reporting that the array has detected the highest-energy photon ever seen on Earth — and they think they know exactly where it came from.

According to a paper published by the Tibet Air Shower Gamma Collaboration on the preprint server arXiv, the array recently spotted several photons with energies above 100 teraelectronvolts (TeV), whereas they'd never seen one break the 100 TeV mark before.

As if that weren't remarkable enough, the array also spotted one photon with an energy of nearly 500 TeV.

The team tracked the source of the photons to the Crab Nebula, the remains of a star that went supernova around the year 1054.

They suspect that shock waves in the magnetic fields surrounding the nebula's pulsar likely accelerated electrons and protons. Those subatomic particles then transferred their energy to photons in the cosmic microwave background.

Those are the light particles the Tibet Air Shower Array detected some 6,500 light-years away from their source — and now that they've reached Earth, the unusual photons could yield new insights into nebulas and the shock waves passing through their magnetic fields.

More on nebulas: See What Astronomers Are Calling "the Last Breath of a Dying Star"

Jump the Qudit
Forget Qubits — Scientists Just Built a Quantum Gate With Qudits
7. 17. 19
Read More
Physicists Have Made the Second-Ever Observation of Interacting Photons
2. 17. 18
Read More
How Einstein's "Spooky Action" Could Help Secure Quantum Networks
1. 7. 18
Read More
+Social+Newsletter
TopicsAbout UsContact Us
Copyright ©, Camden Media Inc All Rights Reserved. See our User Agreement, Privacy Policy and Data Use Policy. The material on this site may not be reproduced, distributed, transmitted, cached or otherwise used, except with prior written permission of Futurism. Articles may contain affiliate links which enable us to share in the revenue of any purchases made.
Fonts by Typekit and Monotype.