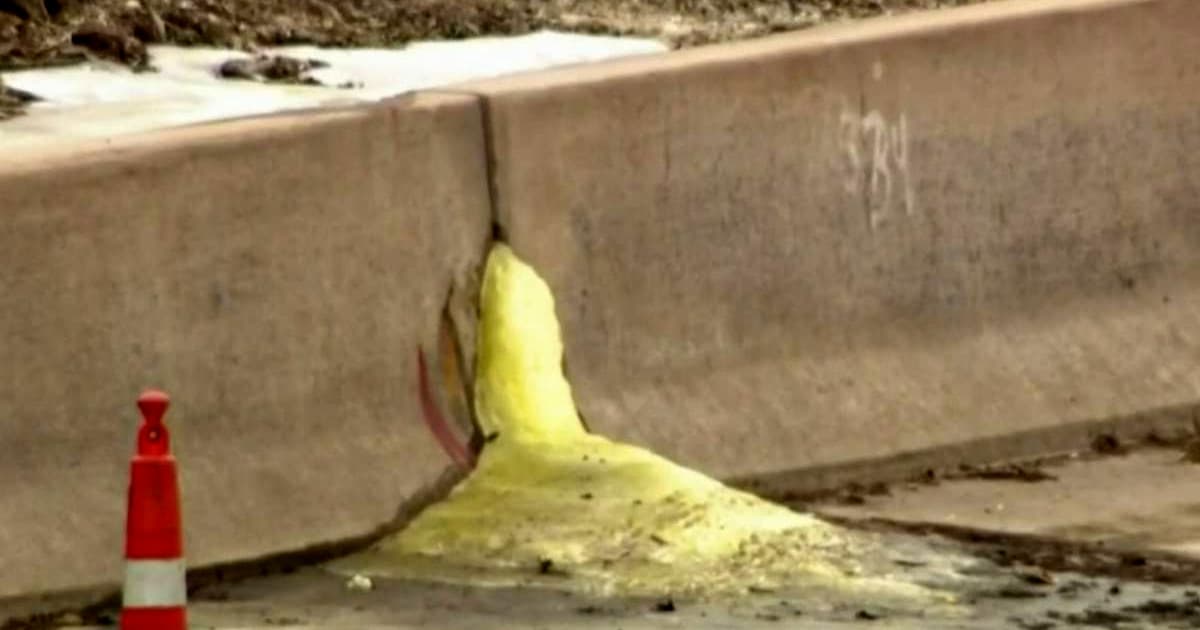 On Friday, drivers were shocked to see a green slime oozing from a retaining wall along Interstate-696 in Michigan.

Authorities have now identified the substance as likely being groundwater contaminated with hexavalent chromium. They also traced the green slime to its source: the basement of a closed local business whose owner is serving a year in prison for operating a hazardous waste storage facility without a license.

After Electro-Plating Services owner Gary Sayers went to prison in April, the EPA removed more than 5,000 containers of hazardous chemicals from his business. However, it didn't address possible contamination of the nearby soil or groundwater, leading to the green ooze.

“We have cleaned out the sewers and the clean out drains between the facility and 696," Michigan Department of Environment, Great Lakes, and Energy (EGLE) spokesperson Jill Greenberg told CNN affiliate WDIV-TV. "We’re also in the process of cleaning up the basement of the facility."

Hexavalent chromium is a cancer-causing chemical best known for being at the center of activist Erin Brockovich's 1993 lawsuit against the Pacific Gas and Electric Company of California. In that case, the chemical was contaminating a small town's drinking water, but Michigan authorities say this leak never made it that far.

"Release of bright green material that seeped from an I-696 retaining wall near Detroit on Friday poses no imminent risk to public heath, drinking water or air quality," EGLE tweeted on Sunday. "The multi-agency investigation continues."

Researchers Are Working to Remove Anxiety Drugs From Water
2. 22. 18
Read More
Monkey Business
Yuga Labs Files Furious Lawsuit Against Guy Minting Copies of Bored Apes
3:44 PM
Read More
Body Builder
Scientists Show Off "Wearable Muscles" You Can Strap on to Get Way Stronger
3:00 PM
Read More
+Social+Newsletter
TopicsAbout UsContact Us
Copyright ©, Camden Media Inc All Rights Reserved. See our User Agreement, Privacy Policy and Data Use Policy. The material on this site may not be reproduced, distributed, transmitted, cached or otherwise used, except with prior written permission of Futurism. Fonts by Typekit and Monotype.