It also impairs the organ's ability to function. 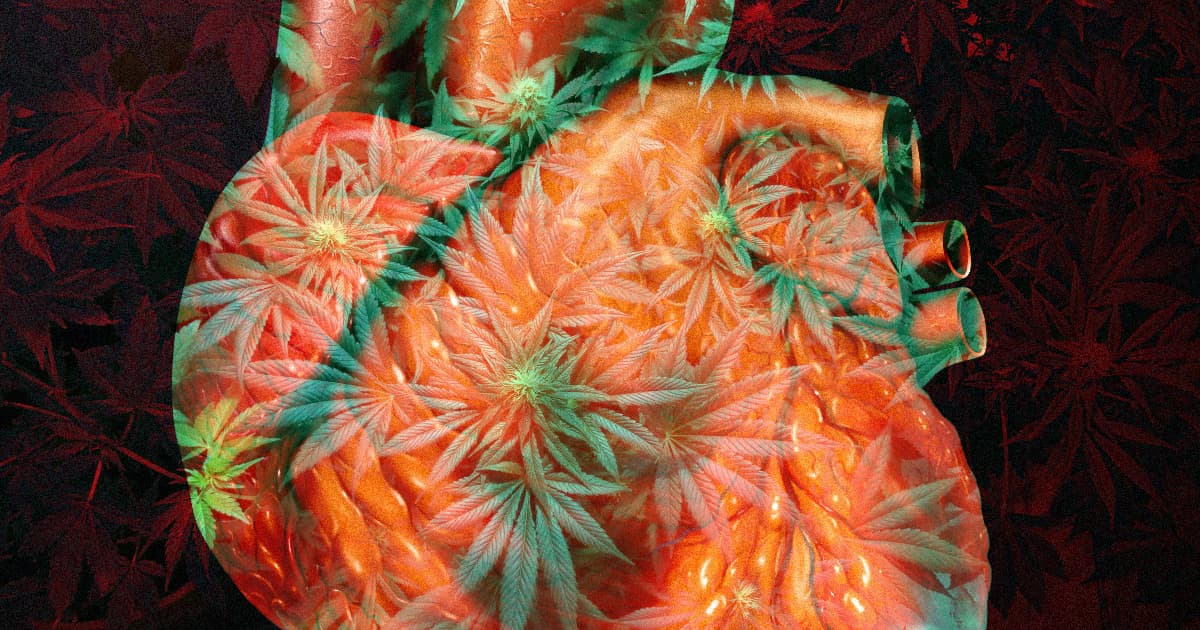 Researchers have found a new reason why regulators might want to take a beat before loosening marijuana laws: the drug can literally change a user's heart.

On Wednesday, a team out of the United Kingdom published a study in the journal JACC Cardiovascular Imaging. In it, they detail their analysis of the heart scans of 3,407 people without heart disease collected as part of the UK Biobank study.

Of those people, 47 were regular marijuana users, meaning they toked up on a daily or weekly basis within the past five years. Another 105 had used cannabis regularly five or more years prior, while the rest rarely or never used the drug.

The team found an association between regular current marijuana use and an enlarged left ventricle in the heart. They also found early signs of impaired heart function in the current users, which they measured using the deformation of heart muscle fibers during contraction.

"We believe this is the first study to systematically report changes in heart structure and function associated with recreational cannabis using cardiac MRI, which is a very sensitive imaging tool and the current reference standard for assessing cardiac chambers," researcher Mohammed Khanji said in a press release.

The team did note that the mass of the left ventricle was the same for all three groups, as was the amount of blood the chamber emitted with each heartbeat. It also acknowledged that the study had several limitations, including the fact that the participant group was 96 percent white and tasked with self-reporting its cannabis use.

Still, the researchers believe the associations they found are significant enough to warrant follow-up studies — especially given the trend toward marijuana legalization.

"We urgently need systematic research to identify the long-term implications of regular consumption of cannabis on the heart and blood vessels," Khanji said. "This would allow health professionals and policymakers to improve advice to patients and the wider public."

More on cannabis: New Analysis: Marijuana Seems to Be Linked to Testicular Cancer