US Agencies, Military Rush to Condemn Russia Blowing Up Satellite 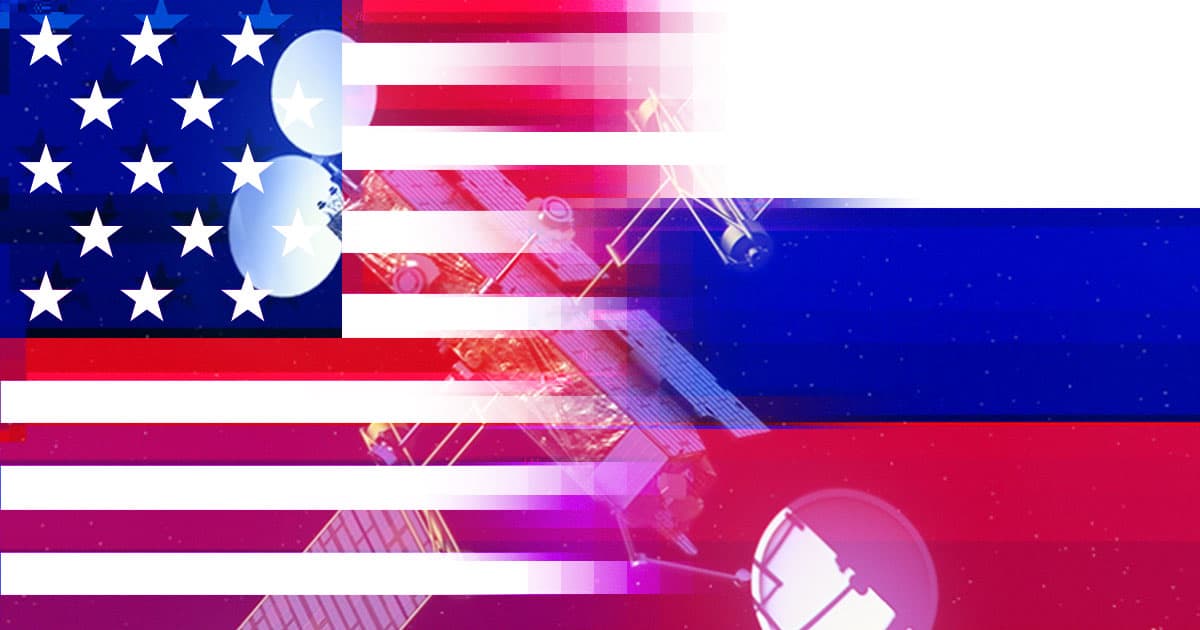 US  government agencies are in unusual lockstep as they condemn Russia for intentionally exploding its own satellite, creating a dangerous cloud of space junk and forcing astronauts aboard the International Space Station to bunker down in their docked spaceships for safety.

US Space Command called the surprise antisatellite (ASAT) test "a reckless and dangerous act." And NASA Administrator Bill Nelson, citing the danger the ASAT test presented to the ISS and its crew, said he is "outraged by this unconscionable action."

"It is unthinkable that Russia would endanger not only the American and international partner astronauts on the ISS," Nelson said, "but also their own cosmonauts."

Russia's ASAT quagmire has even caused non-space agencies to join in the chorus of condemnation. In a strongly worded tweet, US Secretary of State Antony Blinken said Russia's action have risked "astronauts' lives, the integrity of the International Space Station, and the interests of all nations."

ASAT tests aren't unprecedented, but they do carry an increasing taboo due to their potential make orbit completely uninhabitable. There have only been a handful in history, but their effects have been grim. Just last week, the ISS had to maneuver out of the way of another cloud of space junk that was created by a Chinese ASAT test that took place more than a decade ago.

What makes this situation particularly volatile is that Russia didn't announce the test beforehand, and in doing so has caused a lot of problems for a lot of countries — itself very much included.

The world of ASATs is a fraught aspect of the modern and very militarized space race, and placed in a broader political context, this orbital arms race is at least as scary as the one the US and the Soviet Union engaged in during the Cold War.

To be clear: the US has, if nothing else, has appeared to stand by idly as Russia's military-aerospace posturing has become increasingly chaotic.

Take, for instance, a similar situation that occurred in April 2020: after US Space Command condemned Russia for yet another unruly ASAT test, Middlebury Institute arms control scholar Dr. Jeffrey Lewis suggested that by refusing to disarm, the US "chose" this international game of chicken.

Many questions remain as to what, if any, consequences will result from this latest Russian space fiasco.

But if history's taught us anything, one thing is certain: there's a lot of room for things to get even uglier.

More on MissileGate: US Government Furious at Russian Anti-Satellite Test

Read This Next
Duck and Roll
Russia Forced to Dodge Space Debris From When It Blew Up Satellite
Ice Ice Baby
Check Out This Moon-Shaped Ice Crystal on the Space Station's Window
Futurism
NASA Astronaut Says He Candidly Discussed Ukraine Invasion With Cosmonauts
Futurism
NASA Explains What Would Happen If Russia Abandoned the Space Station
Muzzled Up
Former Astronaut Says NASA Warned Him to Stop Criticizing Russia
More on Off World
Cloud Spotting
2:21 PM on the byte
NASA Needs Your Help Spotting Clouds On Mars
Rolling Coal
Yesterday on futurism
Space Travel Will Absolutely Gut the Environment, Scientists Warn
Carbon-Based
Tuesday on futurism
NASA Rover Finds New Potential Evidence for Ancient Life on Mars
READ MORE STORIES ABOUT / Off World
Keep up.
Subscribe to our daily newsletter to keep in touch with the subjects shaping our future.
+Social+Newsletter
TopicsAbout UsContact Us
Copyright ©, Camden Media Inc All Rights Reserved. See our User Agreement, Privacy Policy and Data Use Policy. The material on this site may not be reproduced, distributed, transmitted, cached or otherwise used, except with prior written permission of Futurism. Fonts by Typekit and Monotype.