What's happening to the final frontier? 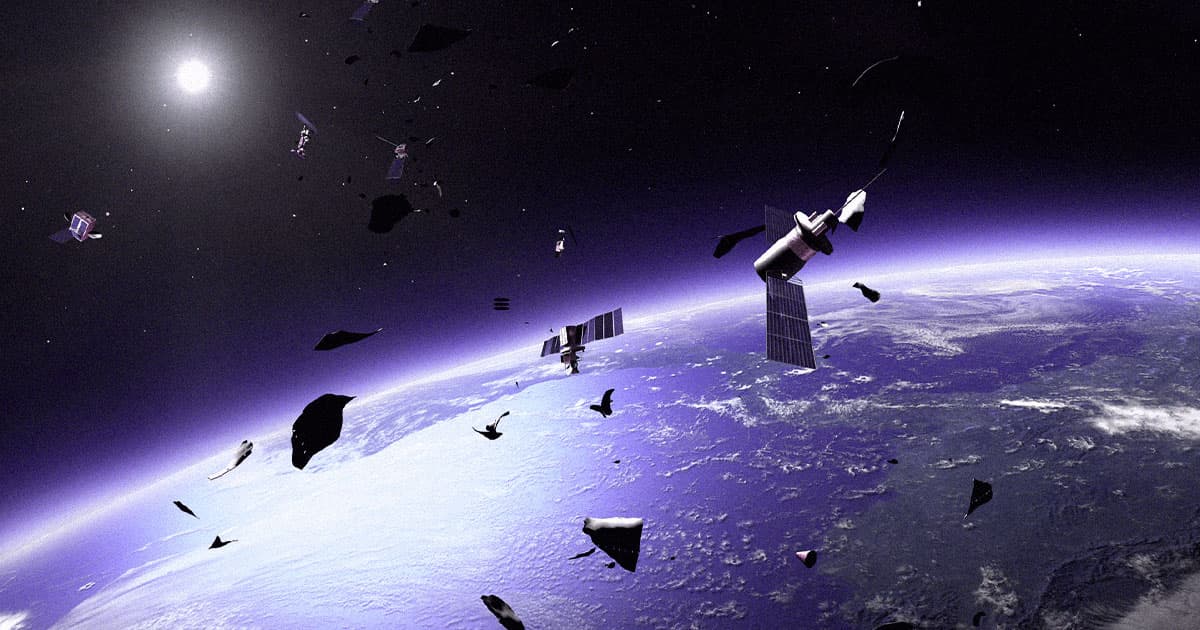 For the second time in a week, the International Space Station (ISS) has gotten close enough to an orbital "debris cloud" to cause the team of astronauts aboard to take refuge in the station's docked spacecraft.

As reported by The Houston Chronicle, US Space Command confirmed that a "debris-generating event in outer space" had taken place.

"We are actively working to characterize the debris field and will continue to ensure all space-faring nations have the information necessary to maneuver satellites if impacted," read Space Command statement obtained by the newspaper. "We are also in the process of working with the interagency, including the State Department and NASA, concerning these reports and will provide an update in the near future."

There was no collision, and everybody aboard the station is fine. Indeed, soon after reports began emerging about the issue, ISS Commander Anton Shkaplerov tweeted that "everything is regular."

This kind of close call is scary but not uncommon. Just last week, the football field-sized craft had to maneuver out of the way of another cloud of space junk — and the similarities may not end there.

On November 10, the ISS narrowly avoided colliding with a cloud of space debris created more than a decade ago when China blew up its old weather orbiter while testing antisatellite missiles. The resulting field of space junk was massive: as Harvard astronomer Jonathan McDowell noted, there have been more than 3,500 pieces of debris associated with the impact of the Chinese missile, and over 2,700 of those are still in orbit all these years later.

While the story continues to develop, little is known currently about the origin of the debris from the November 15 incident.

Both McDowell and Thomas Burghardt, the news director of NASASpaceFlight, have pointed out that Russia reportedly conducted its own antisatellite test earlier in the day — which may have resulted in the planned demolition of its Kosmos-1408 satellite, and an ensuing debris cloud.

As McDowell put it, the now-exploded Kosmos-1408 is a "plausible candidate" for the cause of this latest close call with space junk.

Russia conducted an Anti-Satellite (ASAT) test this morning, destroying the Kosmos-1408 satellite and creating a debris field. Additionally, the crew onboard the ISS sheltered in their reentry vehicles due to debris cloud passes. It is unconfirmed that this was the same debris. https://t.co/l5IB6sQEjO

It's too soon to tell who's to blame for this latest iteration of an increasingly dangerous problem for the ISS, but it could have deep implications for the future of antisatellite weaponry.

Updated to remove an incorrect wording.

Read This Next
Monkey Business
China Plans to Send Monkeys to Space Station to Have Sex With Each Other
Overview Effect
William Shatner Says His Space Trip Left Him With a Feeling of Terrible Grief
Don't let the door hit you
Elon Musk Lobs Casual Space Station Burn at Moscow
Buh Bye
Russia Says It's Definitely Quitting the ISS But Doesn't Say When Exactly
Don't Let the Door Hit You
Russian Space Chief Leaving Post, May Be Headed to War Zone
More on Off World
Grrrrrrrr
4:06 PM on the byte
Internet Erupts as NASA Spots Cartoon Bear on Surface of Mars
Gl1tc4
2:44 PM on the byte
NASA Says Another James Webb Instrument Has Suffered a Glitch
comet Spotting
2:06 PM on the byte
Behold! Dazzling Green Comet Approaches
READ MORE STORIES ABOUT / Off World
Keep up.
Subscribe to our daily newsletter to keep in touch with the subjects shaping our future.
+Social+Newsletter
TopicsAbout UsContact Us
Copyright ©, Camden Media Inc All Rights Reserved. See our User Agreement, Privacy Policy and Data Use Policy. The material on this site may not be reproduced, distributed, transmitted, cached or otherwise used, except with prior written permission of Futurism. Articles may contain affiliate links which enable us to share in the revenue of any purchases made.
Fonts by Typekit and Monotype.