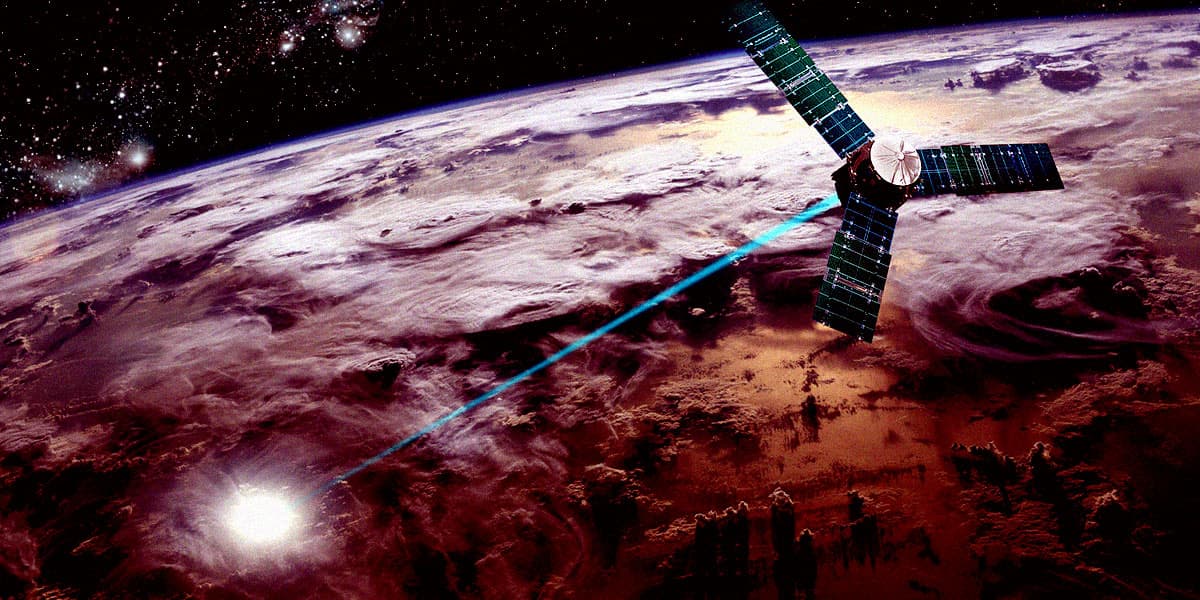 The US is entering a global space weapons race.

The US is entering a global space weapons race.

Top Pentagon officials are pushing for the declassification of anti-satellite technologies capable of taking out adversary satellites and perhaps even spacecraft, Breaking Defense reports.

The military was poised to reveal the project, but the crisis in Afghanistan and the COVID-19 pandemic appear to have delayed the declassification, according to Breaking Defense.

Since the project is classified, we still don't know what shape these technologies will end up taking, exactly. The weapon system could take the form of a ground-based mobile laser, or even a high-powered microwave system capable of jamming electronics from space.

The news also comes shortly after the US Army unveiled plans to develop, test, and deploy high-altitude systems that can jam enemy communications from up on high.

Russia is actively working on anti-satellite technologies, and China is rumored to be doing so as well. Several military space leaders therefore believe that the Space Force and Space Command should demonstrate their own ability to take out enemy satellites, Breaking Defense reports.

It's a troublesome arms race. The US — as well as Russia and China — rely heavily on communications, GPS and reconnaissance satellite constellations in orbit.

Critics of the move weren't impressed. "Great," Harvard astrophysicist and satellite tracker of fame Jonathan McDowell tweeted in response to Breaking Defense's report. "This will unfortunately encourage other countries to accelerate their own space weapons programs."

Rather than making actual threats, experts believe that the US is just trying to deter possible conflict by demonstrating control of such a technology.

But whether the country's Cold War-style deterrence tactic is working out is another question."The declassification thing is a disaster. […] The genesis is supposedly for deterrence — but those doing it lack basic understandings of deterrence," an unnamed source told Breaking Defense. "It’s a f***ing shitshow."

More on space weapons: The Army Plans To Build Balloons That Can Jam Comms from Above