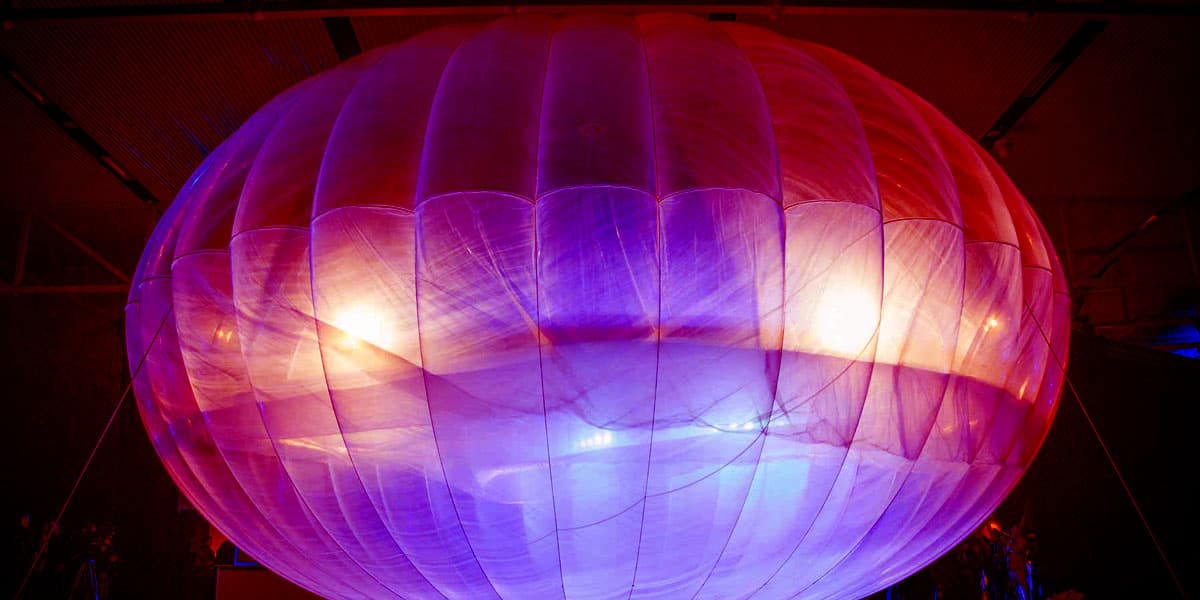 The US Army recently unveiled plans to develop, test, and deploy high-altitude systems that can fly over other countries to surveil them — and jam enemy communications from up on high.

The system doesn't quite reach space (unless you adhere to the same definition of space as Jeff Bezos or Richard Branson). Instead, the High-Altitude Extended-Range Long Endurance Intelligence Observation system (HELEIOS) would be a network of balloons or solar glide vehicles that can hover at least 60,000 feet off the ground. The upcoming electronic warfare tools don't quite broach the thorny subject of the increasing military weaponization of space — but only in the most literal interpretations of what the Army has planned. Because, make no mistake: This is a weapon of a certain stripe.

HELEIOS may not be a spy satellite, but it sure operates like one. With the balloons in place, the Army would be able to monitor, intercept, and block enemy communications. We know, it's not as "exciting" as a laser battle where potential orbital warfare is concerned. But: The ability to jam signals could be key to battle (if not devastating for some) in a future where orbital communications networks are essential for military success.

"The idea is blanketing the deep area with low-cost attritable sensors to enable deep sensing and deep effects," Col. Daniel Holland, the Army capability manager for electronic warfare, explained at a Tuesday presentation attended by C4ISRNET. "Essentially our question is can we get the payload light enough to fly on this penetrating, high-altitude, attributable platform, get close enough to place our effects on target, likely with a special purpose electronic attack or RF-enabled cyber."

Based on Holland's comments, it seems that technical and logistical issues — like figuring out how to control a free-floating balloon — are currently holding the Army back from deploying HELEIOS. Issues like "is it a good idea to put cyber warfare balloons in the sky?" or "what will any other country think about this?" don't seem to be on the list of concerns, though.

Of course, it's an impressive technological feat to add a sophisticated payload to a balloon, then, use it to bring down digital communications. But if nothing else, it reinforces the idea that space (or at least: high-altitude airspace) has undeniably become militarized for the foreseeable future.

More on the militarization of space: Air Force research Lab Says Force Fields Are "on the Horizon"