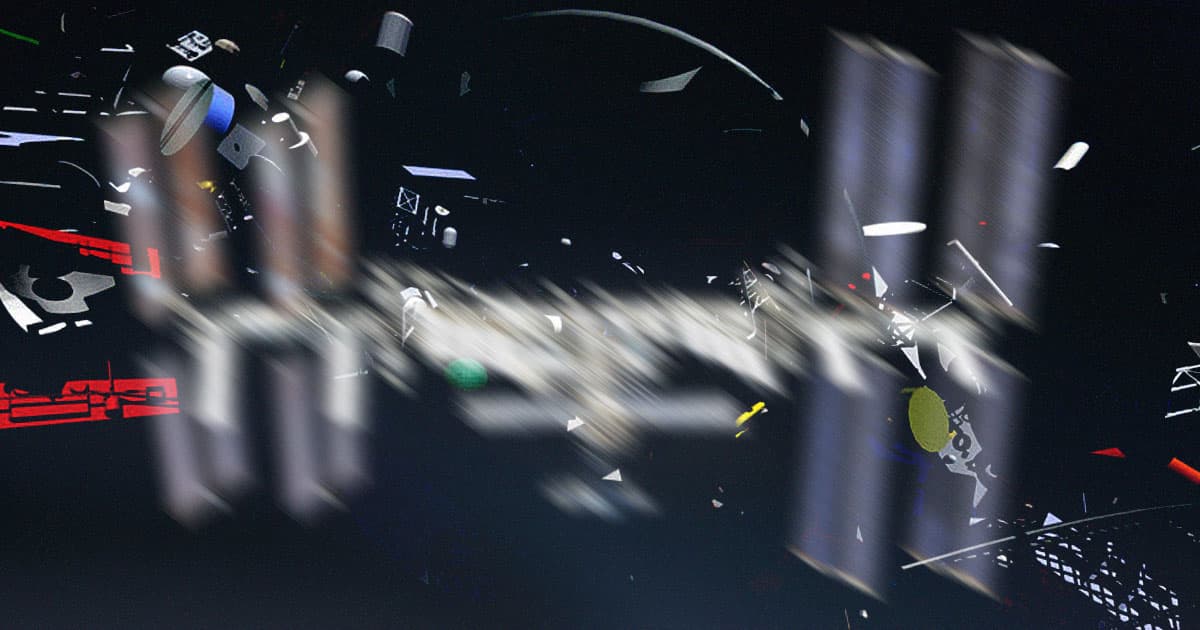 The International Space Station is preparing to maneuver out of the way of incoming space junk, which was initially created after China performed an in-orbit missile test of an anti-satellite weapon in 2007.

Our space debris problem is a rapidly growing one — and the consequences becoming clearer than ever thanks to our increased presence in space.

Around 3 pm Eastern time, the Russian-built Progress MS-18 cargo ship, which is currently docked to the station, will fire its thrusters for 361 seconds, according to a Roscosmos statement.

That'll be enough to move it out of the way, but only slightly — the station will still come within 2,000 feet of the hurtling debris.

The bit of trash was created after a derelict Chinese weather satellite was intentionally blown to smithereens with an antisatellite missile 14 years ago. The impact created a missive cloud of space debris, with more than 3,500 objects being tracked as a result of the impact, according to Harvard astronomer and space tracker extraordinaire Jonathan McDowell.

The news comes after the ISS had to dodge a piece of space junk in September of last year, the third time in 2020 alone. At the time, then-NASA Administrator Jim Bridenstine called for more funding to help the agency better track and manage the growing number of trash pieces circling our planet.

According to McDowell, the station's closest approach with the Chinese space junk will occur on Friday. The pieces from the defunct weather satellite used to be in a higher orbit, but thanks to atmospheric drag, they've slowly sunk down to the station's orbit.

In fact, according to the astronomer, this may just be the third time the ISS had to evade debris related to the anti-satellite missile test — a worrying trend.

More on the ISS: SpaceX Crew Dragon’s Parachute Was Slow to Deploy During Splashdown