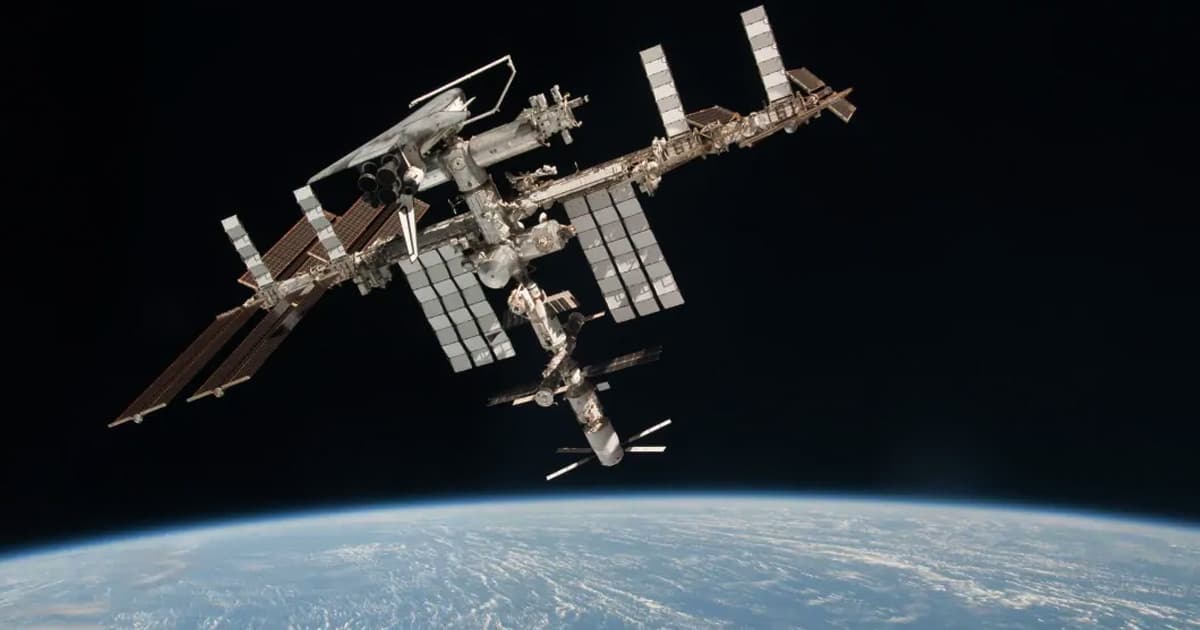 The NASA crew hid in an escape capsule.

The NASA crew hid in an escape capsule.

On Tuesday night, the International Space Station (ISS) had to swerve out of the way of a piece of incoming space junk.

It's the third time this year alone that the ISS has had to pull an evasive maneuver, according to SpaceNews. The junk sailed past without incident, but now NASA Administrator Jim Bridenstine is calling for more funding to help the agency better track and manage the growing sea of dangerous garbage orbiting our planet.

The @Space_Station has maneuvered 3 times in 2020 to avoid debris. In the last 2 weeks, there have been 3 high concern potential conjunctions. Debris is getting worse! Time for Congress to provide @CommerceGov with the $15 mil requested by @POTUS for the Office of Space Commerce.

NASA never announced what, exactly, the debris was, but Harvard-Smithsonian Center for Astrophysics astronomer Jonathan McDowell later suggested that it was a piece of an upper stage of a Japanese rocket that launched in 2018 before being left in upper orbit.

Whatever it was, it passed within 1.39 kilometers of the ISS after its crew used the thrusters of a docked spacecraft to push the station out of the way. The NASA crew hid in a Soyuz spacecraft as a safety capsule, according to SpaceNews, out of what NASA described as an "abundance of caution."

The task of tracking space objects has been complicated by conflicting budget requests and missing data, SpaceNews reports. In a policy directive in 2018, U.S. President Trump delegated space junk management to the Commerce Department rather than NASA.

But so far, Congress hasn't approved the $15 million that the agency requested for its 2021 budget, as data supporting that the Commerce Department was better suited than NASA to handle space debris management still hasn't arrived.

Thankfully, in this case, the agencies still managed just fine.

More on space junk: Earth Appears to be Capturing a Tiny new Moon

Fire! Fire!
NASA Is Setting a Fire Inside a Spaceship
5. 12. 20
Read More
CHON: Legacy
James Webb Discovers Coldest Ice in Known Universe, Harboring Molecules Essential For Life
Yesterday
Read More
Not a Scientist, Just Three Chatbots in a Trench Coat
Largest Publisher of Scientific Journals Slaps Down on Scientists Listing ChatGPT as Coauthor
Yesterday
Read More
+Social+Newsletter
TopicsAbout UsContact Us
Copyright ©, Camden Media Inc All Rights Reserved. See our User Agreement, Privacy Policy and Data Use Policy. The material on this site may not be reproduced, distributed, transmitted, cached or otherwise used, except with prior written permission of Futurism. Articles may contain affiliate links which enable us to share in the revenue of any purchases made.
Fonts by Typekit and Monotype.