It's a bizarre smear campaign. 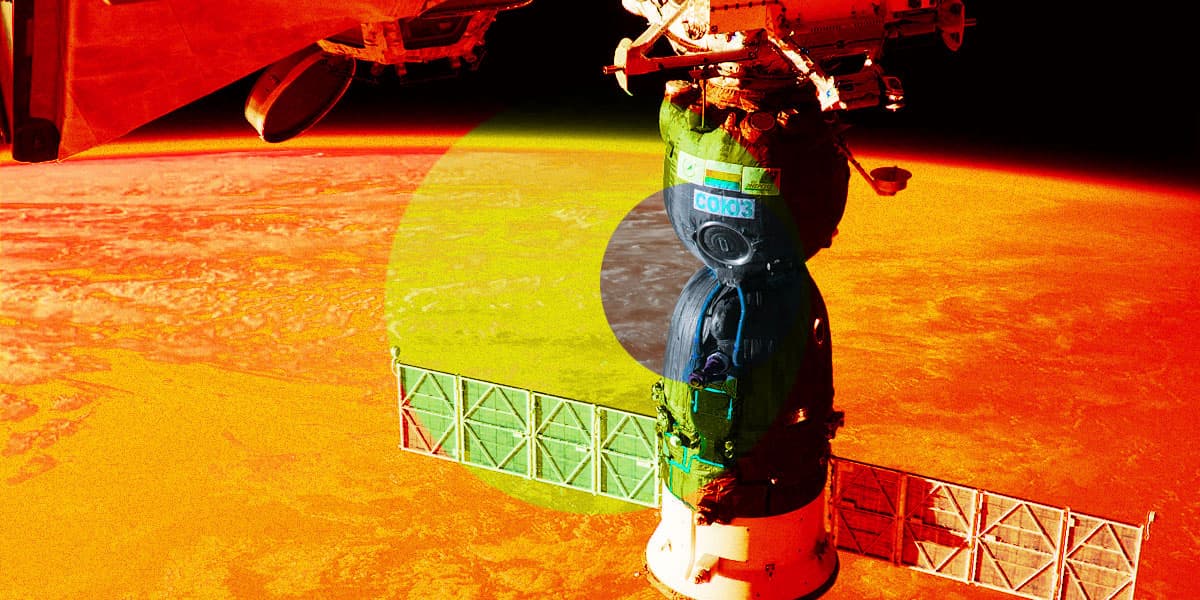 Russia is furious at what it says is unfair criticism of its space program.

The country’s latest addition to the International Space Station, the long-awaited Nauka module, docked with the outpost late last month. But its thrusters fired unexpectedly during docking procedures, causing the entire ISS to spin one-and-a-half revolutions.

The international community wasn’t impressed, and levied considerable amounts of bad press at the country’s space program, Roscosmos. Critics wondered aloud whether Russia has become a liability and even whether should NASA continue its partnership with it.

Now, in response, Russian state-owned news service TASS is levying dramatic accusations of its own, with little to no evidence to back up its claims.

The news service is now suggesting that NASA astronaut Serena Auñón-Chancellor had a mental breakdown while on board the ISS and intentionally damaged a Russian space module in order to return to Earth early back in 2018, as spotted by Ars Technica‘s Eric Berger (who was himself singled out by the TASS report for criticizing Russia’s space program following the Nauka incident.)

According to the report, Auñón-Chancellor experienced “an acute psychological crisis” as a result of deep vein thrombosis, which TASS implies caused her to drill several holes in the wall of the module in order to get back home sooner.

That’s an incredibly serious accusation, and one that would require extraordinary proof. But all that TASS offers up is an anonymous accusation by a Roscosmos source and the circumstantial evidence that a camera failed to capture what happened. TASS also claims that “the Americans” refused to perform a polygraph test — which is also a thin claim, since most experts now agree that they are not effective at detecting lies.

It is true that there was a 2018 incident in which the Russian space authority claimed to have found evidence of “several attempts at drilling” into the walls of the ISS.

Russia escalated the incident by having two Russian cosmonauts embark on a spacewalk to investigate the two tiny holes in December 2018.

Two popular theories have emerged since then to explain how the holes got there: either small pieces of space debris or micrometeorites pierced the external wall of the station, or a rushed Russian engineer back on Earth was trying to cover up their shoddy work by super gluing a patch over the holes, according to Ars Technica‘s reporting on the accusations.

But Russian officials have never ruled out sabotage — and now the country’s state news agency appears to be using the ambiguity around the incident as a convenient rejoinder to criticism of its unambiguous failure after the Nauka docking.

More on Russia’s space agency: Russia Says Don’t Worry, It’s No Big Deal That We Threw the ISS Into a Tailspin

Read This Next
H-ISS-tory
Will Archeologists Learn Anything Useful In New Space Station “Dig”?
Mars Farts
Scientists Extremely Intrigued by Possible Sign of Life on Mars
Space Race
Startup Will Store Precious Artifacts in Vault Aboard the International Space Station
Falling Rockets
Russian Rocket Part Careening Back Down to Earth After Failed Launch
Making Mars
NASA’s Chief Scientist Quits, Says He Has a Plan to Terraform Mars
More on Off World
Good Vibes Only
Jan 22 on the byte
Scientists Discover Black Hole That’s Creating Stars Instead of Devouring Them
Shake It Off
Jan 21 on the byte
NASA’s Mars Rover Successfully Shakes Off Obstructing Pebbles
Don't Look Up
Jan 21 on futurism
SpaceX Satellites Disrupting Ability to Spot Killer Asteroids, Scientists Say
READ MORE STORIES ABOUT / Off World
Keep up.
Subscribe to our daily newsletter to keep in touch with the subjects shaping our future.