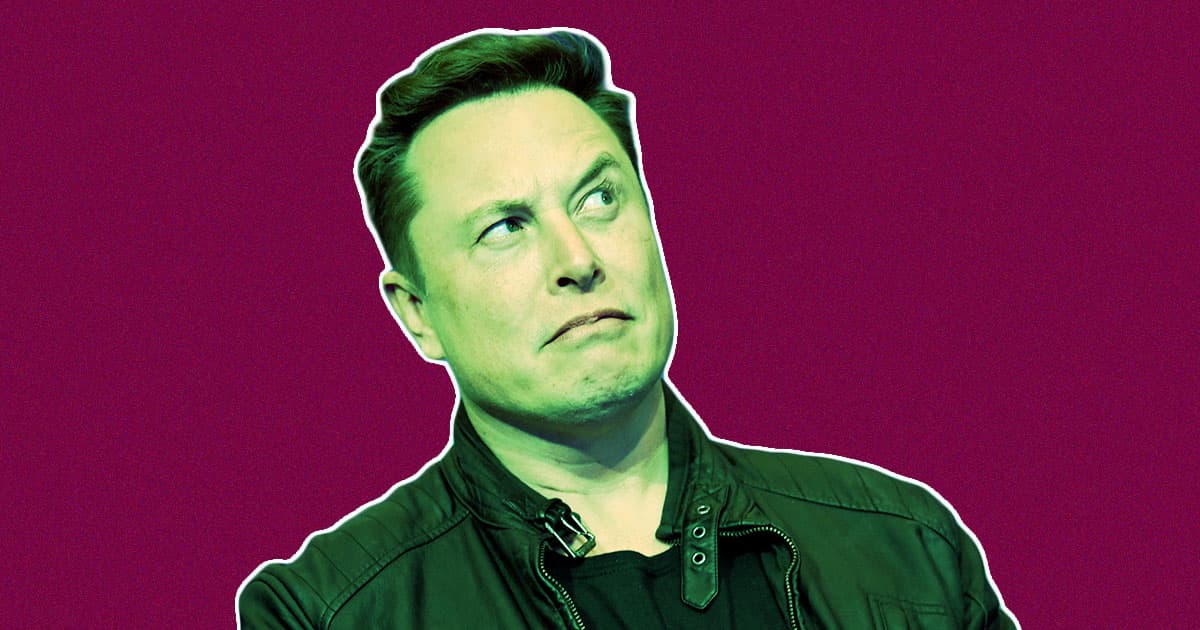 Elon Musk, Who Constantly Posts About Stuff He Hates, Complains About the Media's "Relentless Hatestream"

Tesla CEO and noted terrible boss Elon Musk thinks there’s just too much bad news out there these days — and it’s all the hateful media's fault.

The billionaire took to Twitter on Monday to complain about the "relentless hatestream" that comes from media outlets — despite the fact that the man doesn’t seem to hesitate to tweet about the things he hates every moment he gets.

He followed the tweet up with another one complaining about all the bad news that’s reported by the media for not giving "an accurate picture of reality." Again, this is from a man with a famously poor conception of reality.

Most news outlets attempt to answer the question: “What are the worst things happening on Earth today?”

It’s a big planet! Obviously, some bad things are happening somewhere at any given time, but focusing relentlessly on those does not give an accurate picture of reality.

Musk, of course, quaffs deep from his own big mug of haterade every morning.

His latest message came hours after Brett Winton, director of research at investment firm ARK Invest, tweeted about the internet trying to "bully, threaten, extort, and browbeat” his company from giving up on Tesla — to which Musk replied that the "insane tweet [fear, uncertainty, and doubt] campaign and press hatestream of 2017 - 2019 is still easily found."

The SpaceX CEO also sent his tweet amidst a time of particularly crappy news and bad optics for his companies. The state of California recently warned Tesla that it’s open to a civil complaint regarding allegations of racial discrimination and sexual harassment at the company.

The electric carmaker was also recently subpoenaed again by the SEC for Musk’s infamous 420 tweet in 2018 for which he is being sued for $160 million in a separate lawsuit.

All in all, his complaints are no surprise. There’s certainly plenty of fair criticism to levy at the media for toxic doomer culture — but let’s not pretend Musk has any room to talk.